Global was one of 13 service providers recognized by Tesoro amongst their wide-ranging supplier network. Specifically, Global was recognized for their preventative booming operations at the Anacortes, Washington refinery over the last nine years. Gary Mattson, Tesoro Superintendent, stated, “Global has provided safe, reliable service since the implementation of the pre-booming requirements. However, their true value is found in the ways in which they evaluate the issues Tesoro struggles with and the ways they contribute. Global has consistently acted in the best interests of Tesoro.”

Devon Grennan, CEO of Global, remarked, “On behalf of Global, I extend my appreciation to our Anacortes personnel along with their Tesoro peers who have made the marine operations at the dock safe, efficient, and environmentally sound. It is a testament to our employees’ values that they look out for the best interests of our clients while performing their work.” 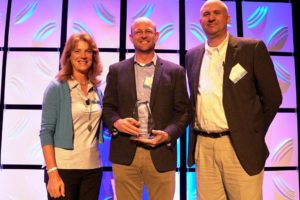