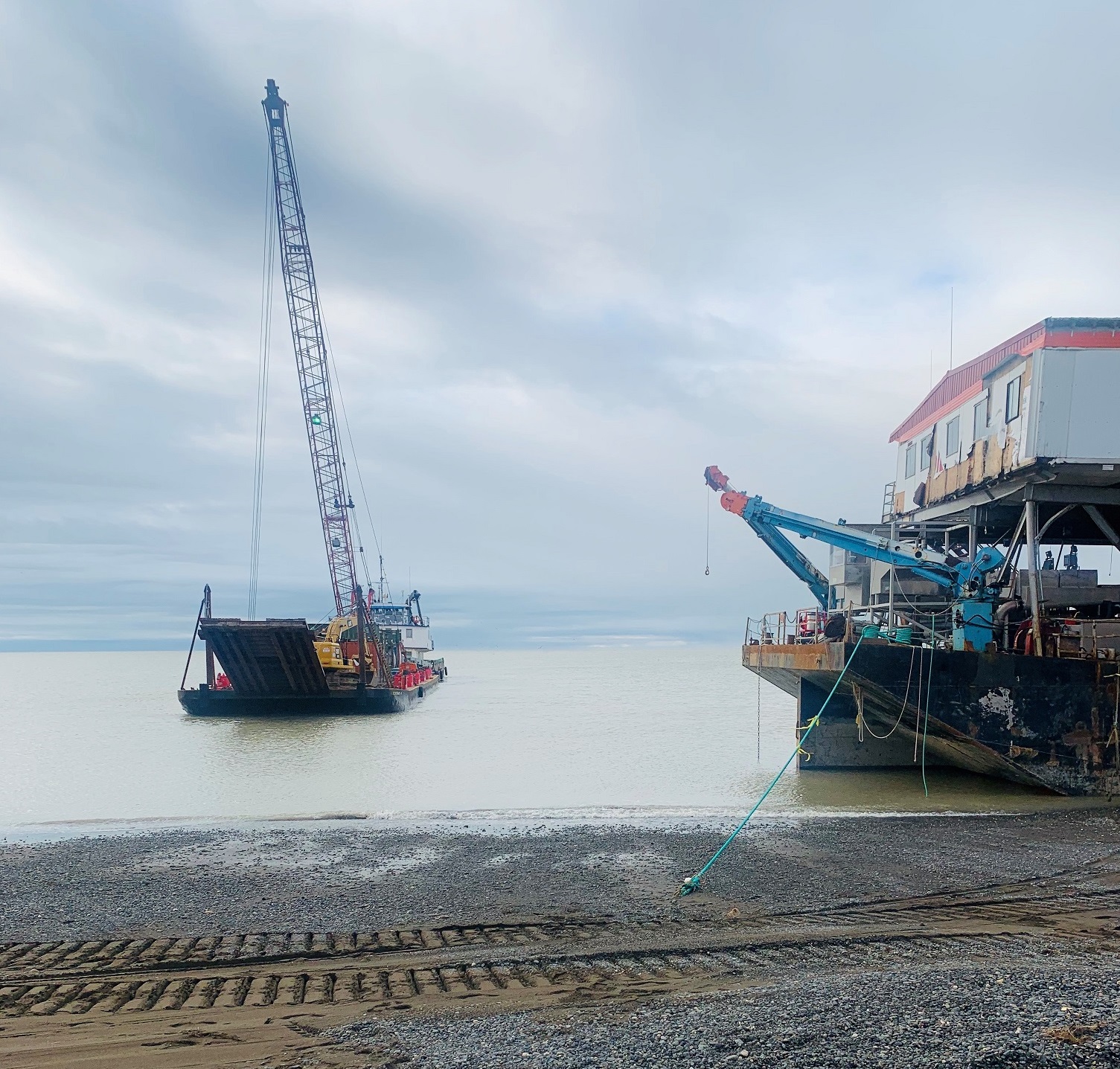 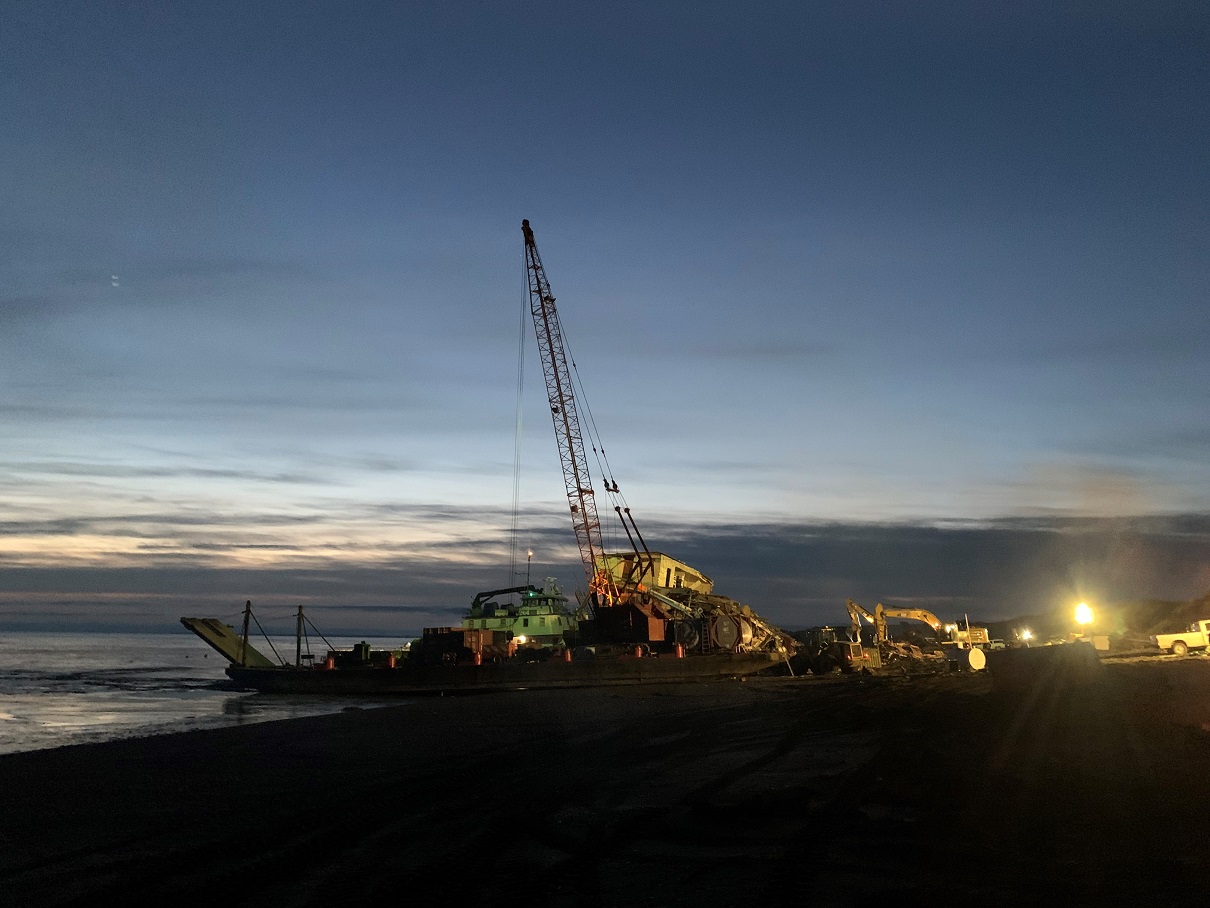 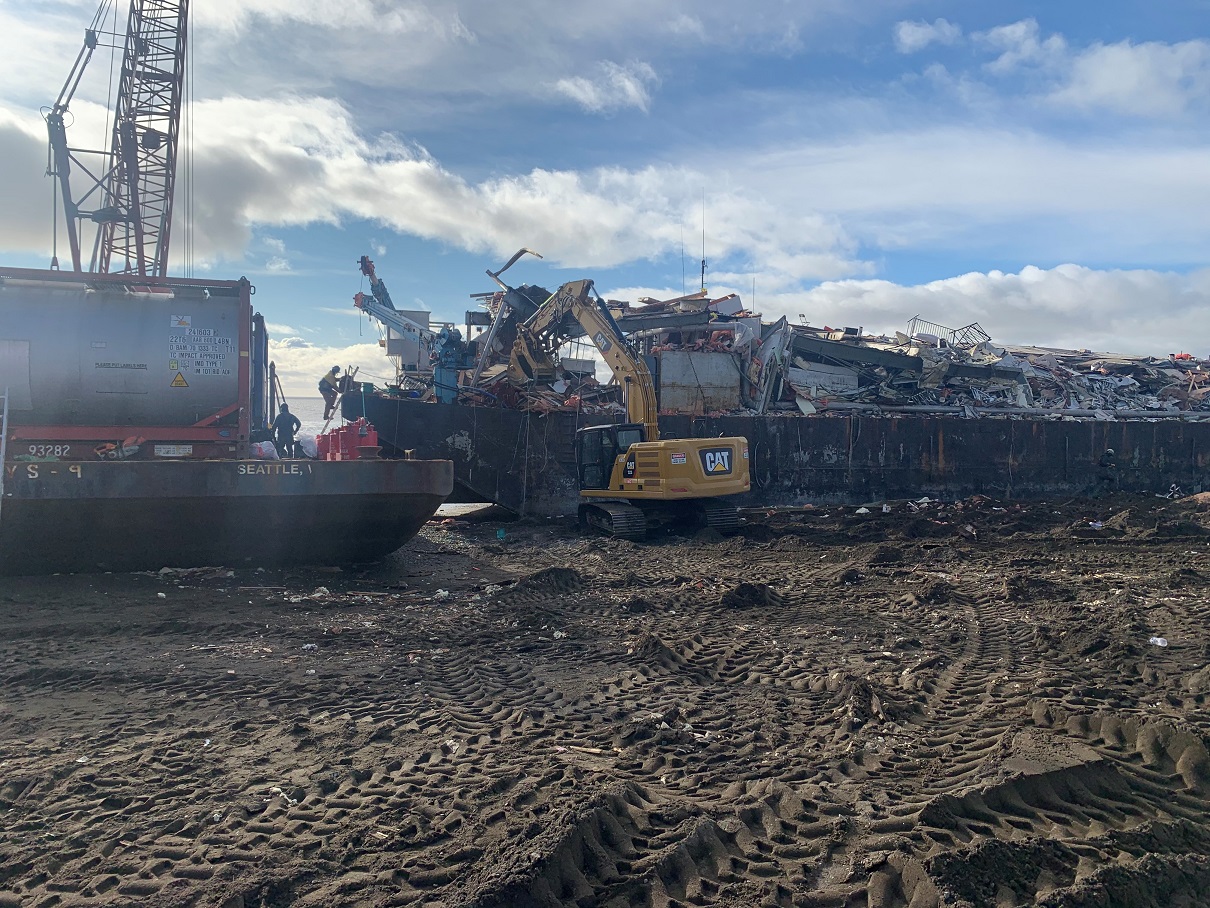 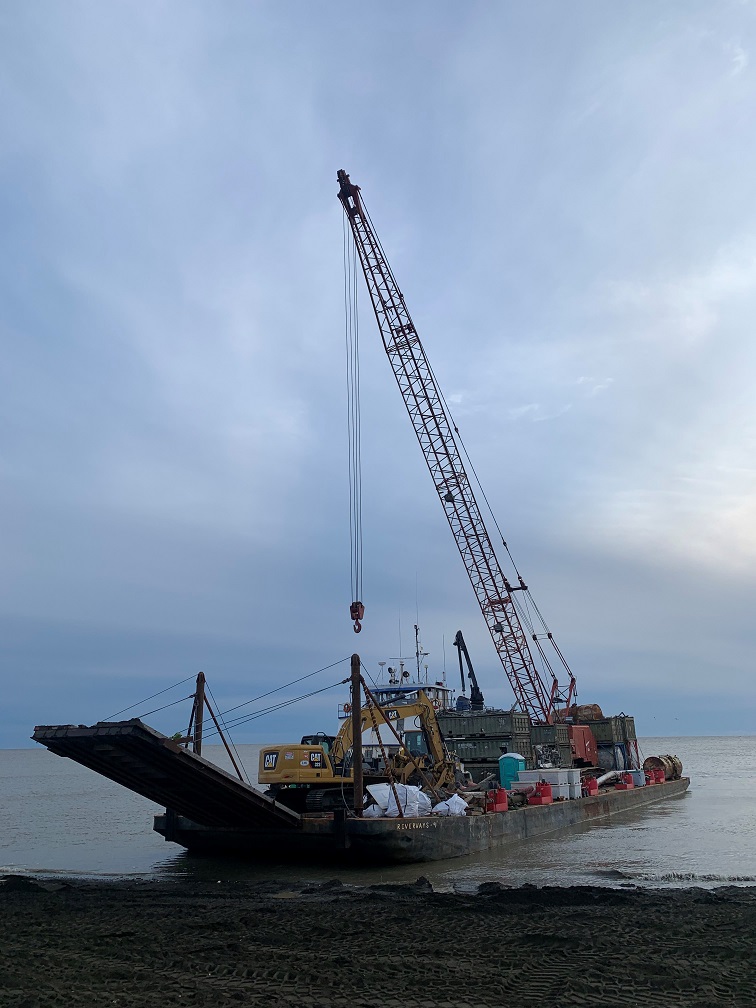 On Aug 30, 2020 a single hull, flat deck barge converted to a salmon processing plant broke free from its mooring in Bristol Bay and went aground 5 miles East South East of the village of Ekuk, Alaska. The superstructure was heavily damaged, and debris from the wreck stretched one to two miles down the beach on either side of the site. The framework for the upper accommodation deck was damaged, causing the structure to partially slide off the starboard side of the barge. Global was awarded the lump sum “no cure, no pay” contract to remove the wreck and shoreline debris.

With a clear weather window and favorable tides for operations in mid-October, Global’s team mobilized out of Naknek with a subcontracted crane barge, tug and heavy equipment, as well as local labor to assist with shoreline cleanup. When the crew arrived at the site the wreck’s structural stability was thoroughly assessed and the team began removing debris from the barge side shell and offloading totes from the upper deck to remove overhead hazards. Work on the deconstruction of the upper deck structures progressed over several days with crews cutting the structural beams, removing the modular housing and separating waste streams into debris dumpsters. An additional landing craft was brought in to assist with transporting the large amount of metal scrap and debris from the structure.

There was a small quantity of hydrocarbons and HAZMAT contained in drums which was removed without incident. Once full access to the deck was gained the on-board fuel tanks were inspected; they were found to be intact and sealed and were not deemed a risk for towing. Global kept two spill response kits at the site during removal operations as a precaution.

With a portion of the structural weight removed the barge was becoming lively at high tide; the team took extra measures to secure it to shore. The bow and stern rakes were patched and the barge holds were ballasted. Only enough debris was removed from the barge to eliminate all overhead obstructions and clear the side shell for towing operations; remaining debris was balanced on deck to ensure the barge transited at an even keel and trim. Containment netting was installed around lighter debris on deck. The tow line was installed and a tow bridle was rigged. The tug repositioned along the barge, then both vessels left the beach and stood by near shore to verify the barge’s watertight integrity. Once the barge was proven sound for towing, the barge was transferred back to the owner’s custody and the tug towed the barge to Naknek. With the barge removed, the crew began the final cleanup of beach debris and removing the barge’s 5,000 lb anchors from the shallows, then demobilized. The project was completed safely and to the owner’s satisfaction.