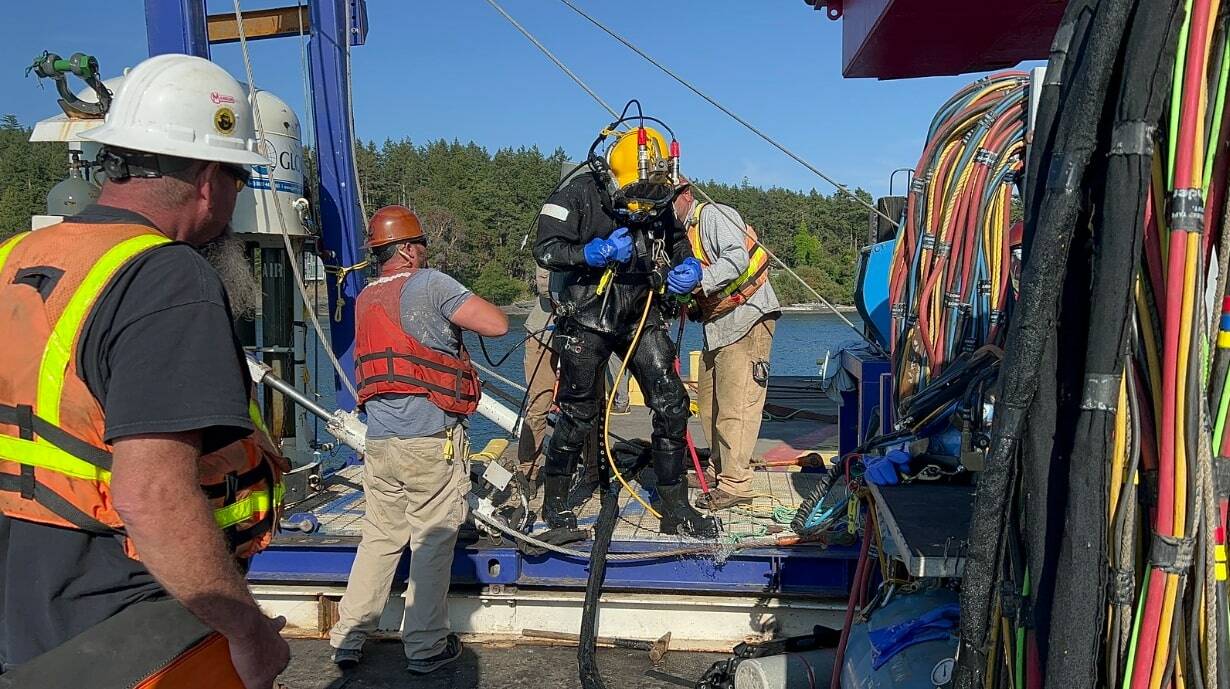 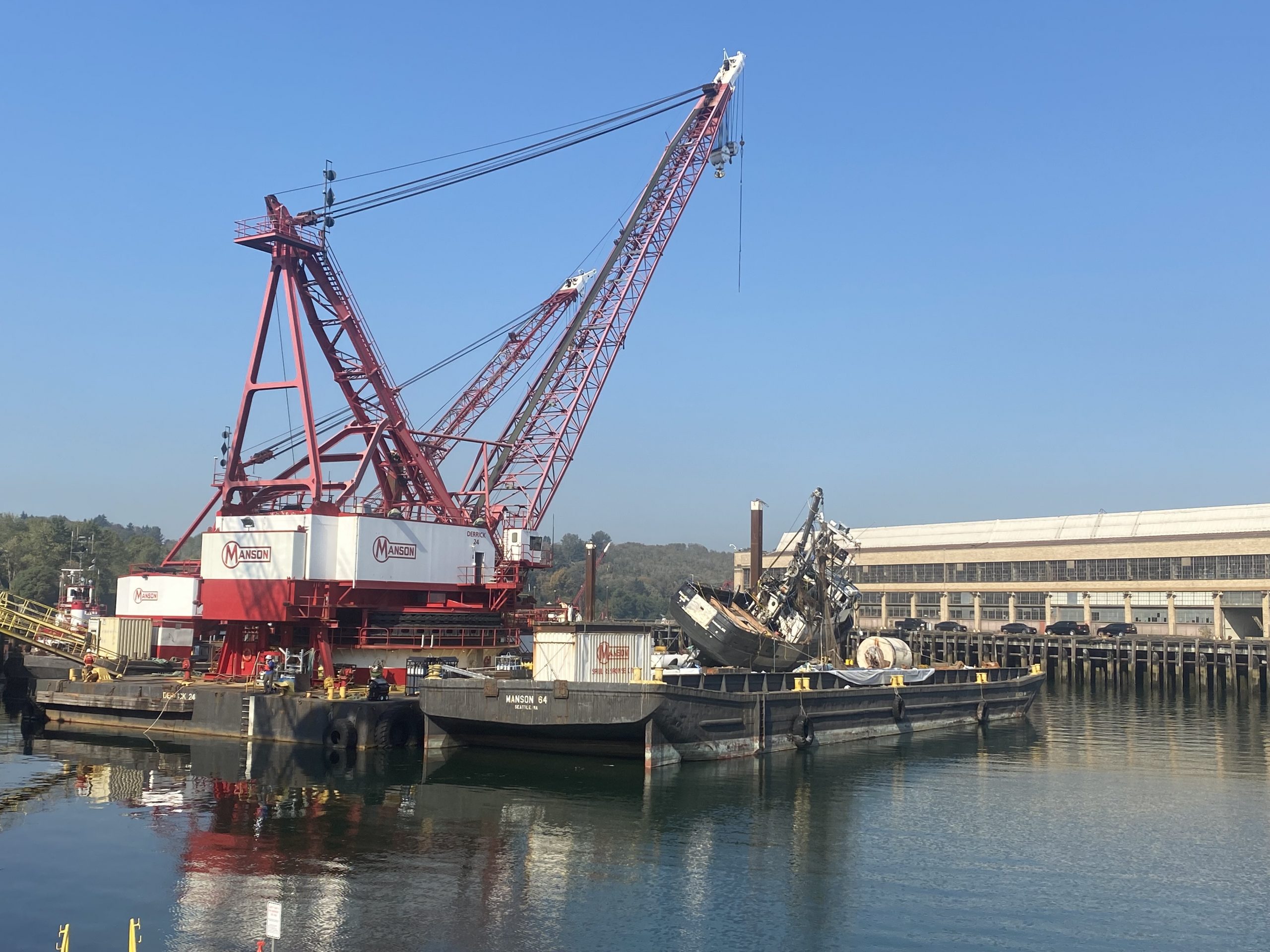 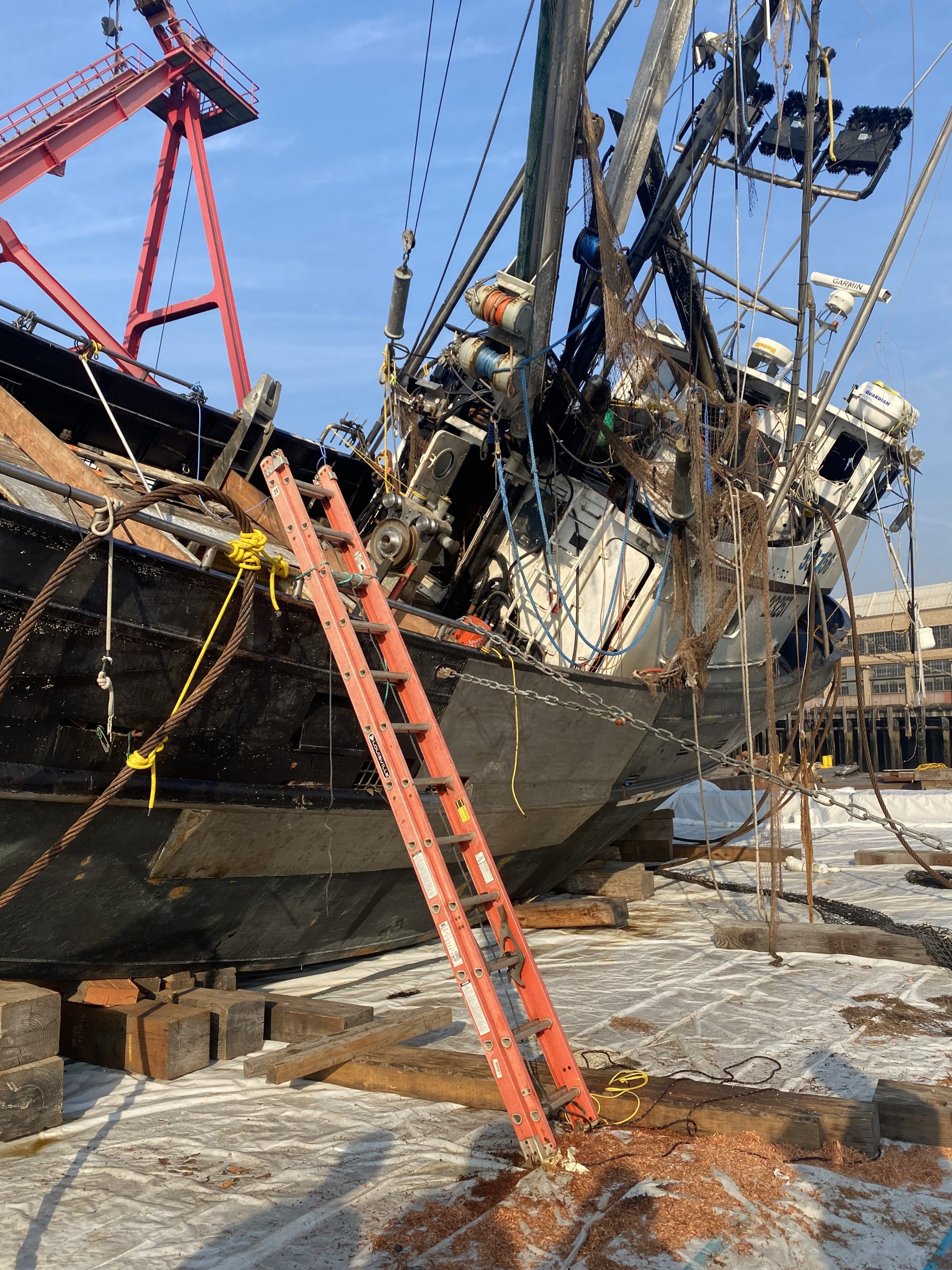 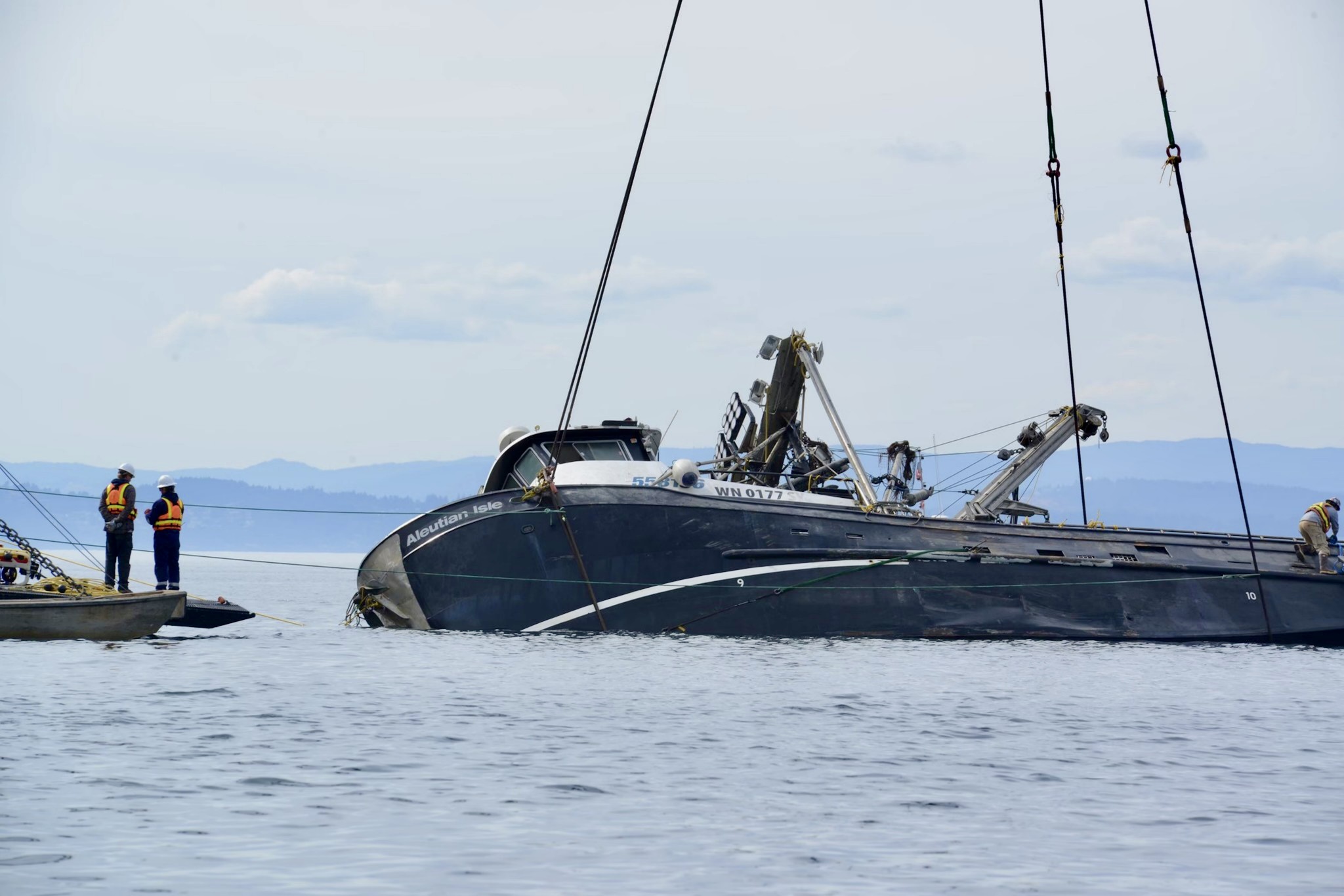 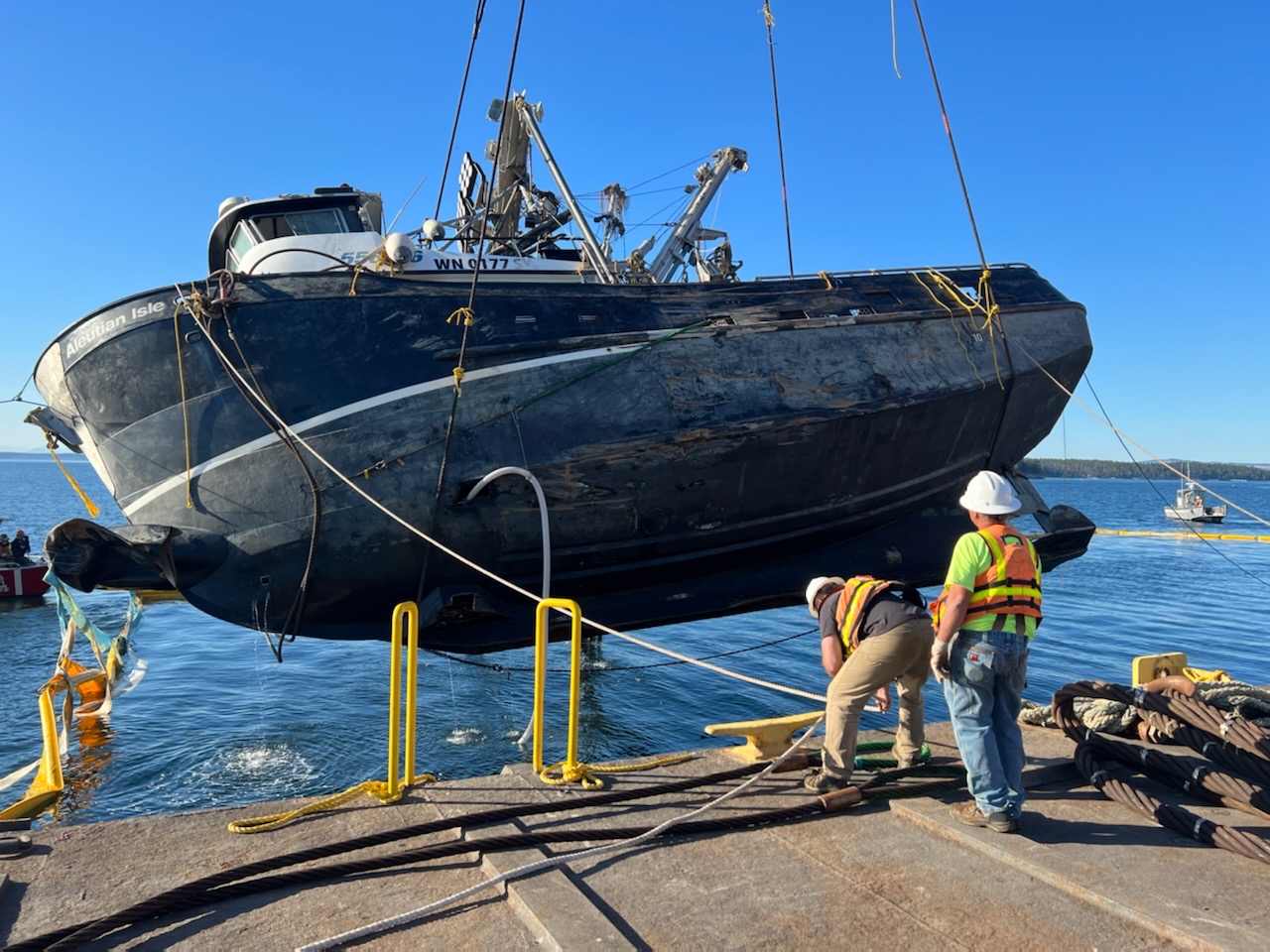 Global Diving & Salvage was originally called in by The United States Coast Guard Sector Puget Sound to defuel the F/V Aleutian Isle, a 58’ steel purse seine fishing vessel from Haro Strait off San Juan Island in Washington. The primary reason for this salvage was to prevent negative environmental impacts due to oil and fuel leakage. It was reported that the vessel had approximately 2,000 gallons of diesel on board at the time of the sinking. The vessel originally sunk 150’ below the surface. However, not long after, the strong currents pushed it further down the steep incline to the edge of a subsea cliff. The vessel was now over 250’ down, with the possibility of sliding into depths up to 600’.

Given the new operating depth of the wreck and the position on bottom, Global’s crew determined it would not be possible to defuel the vessel and it would have to be removed to mitigate the pollution threat. Global began the operation by placing a crane barge over the site using a four-point anchoring system. The divers were able to rig two of the three lifting slings under the hull needed to lift the vessel out. An ROV was utilized to place the third and final sling at the stern of the vessel.

Global was able to successfully salvage the vessel, mitigating a considerable threat to the marine environment surrounding the San Juan Islands.