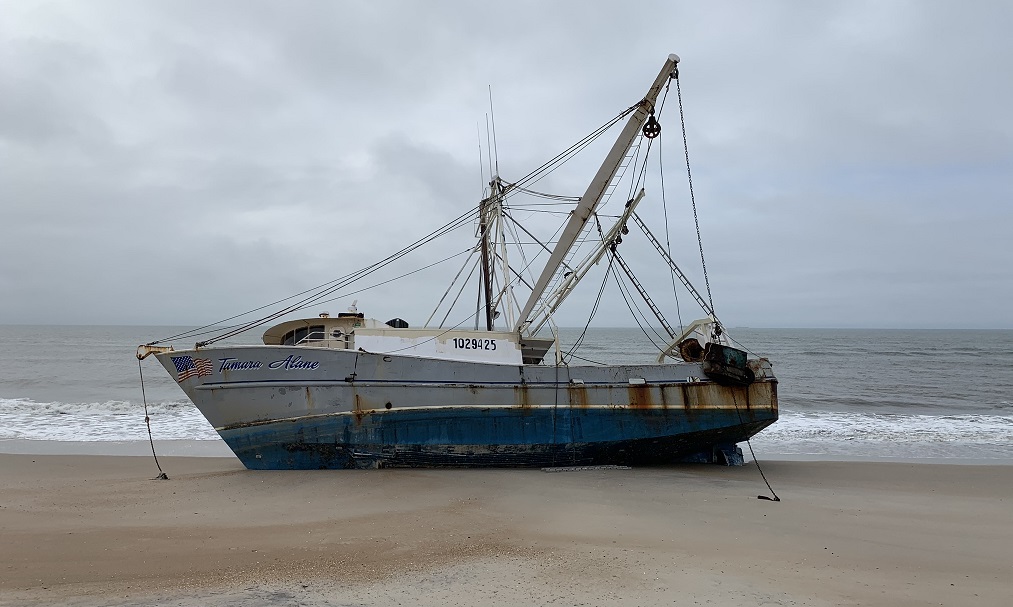 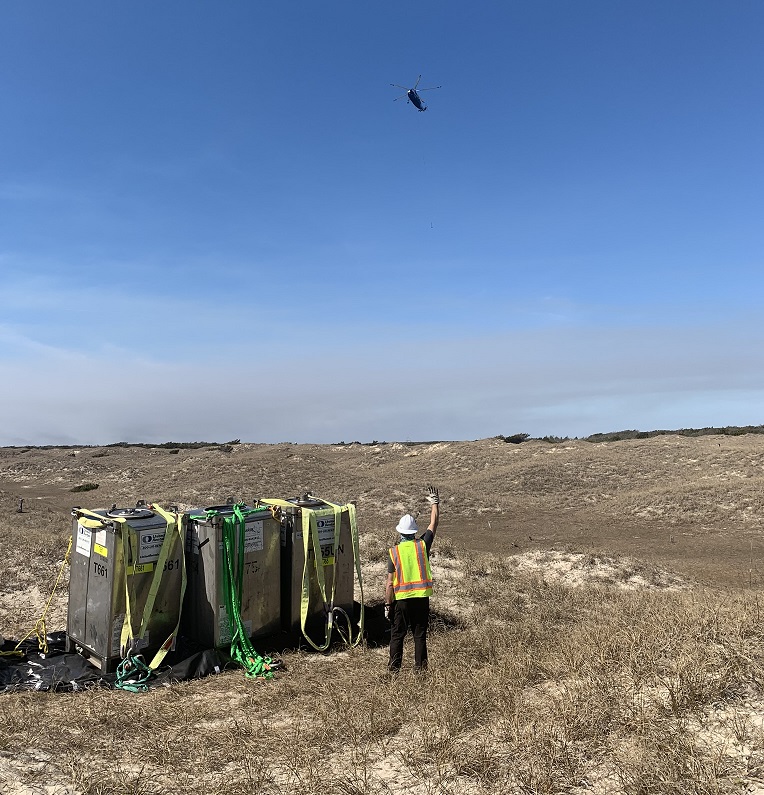 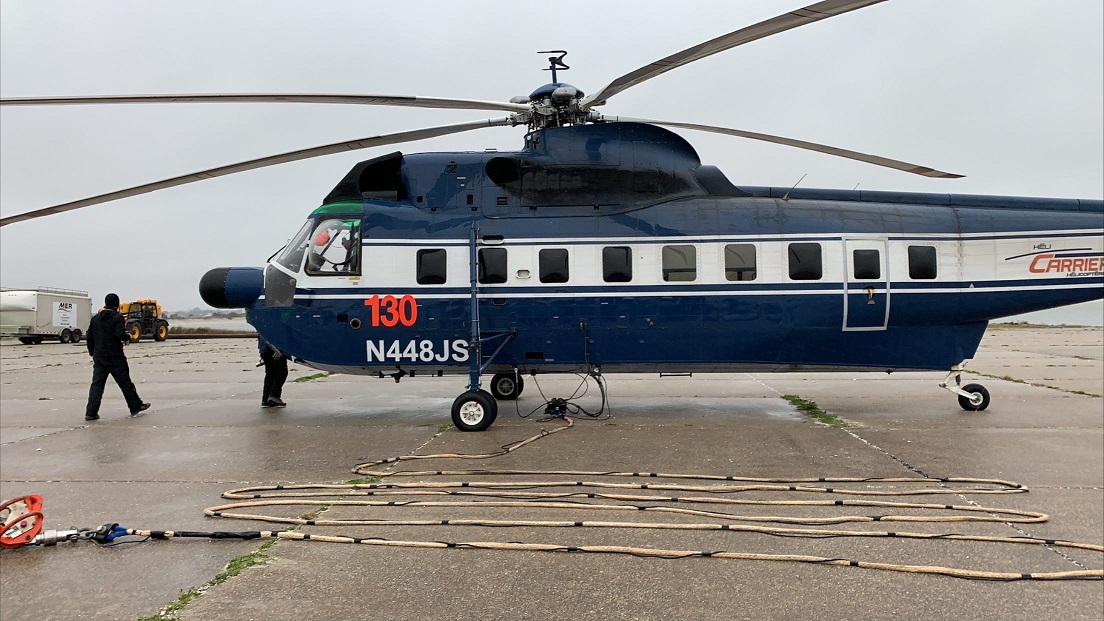 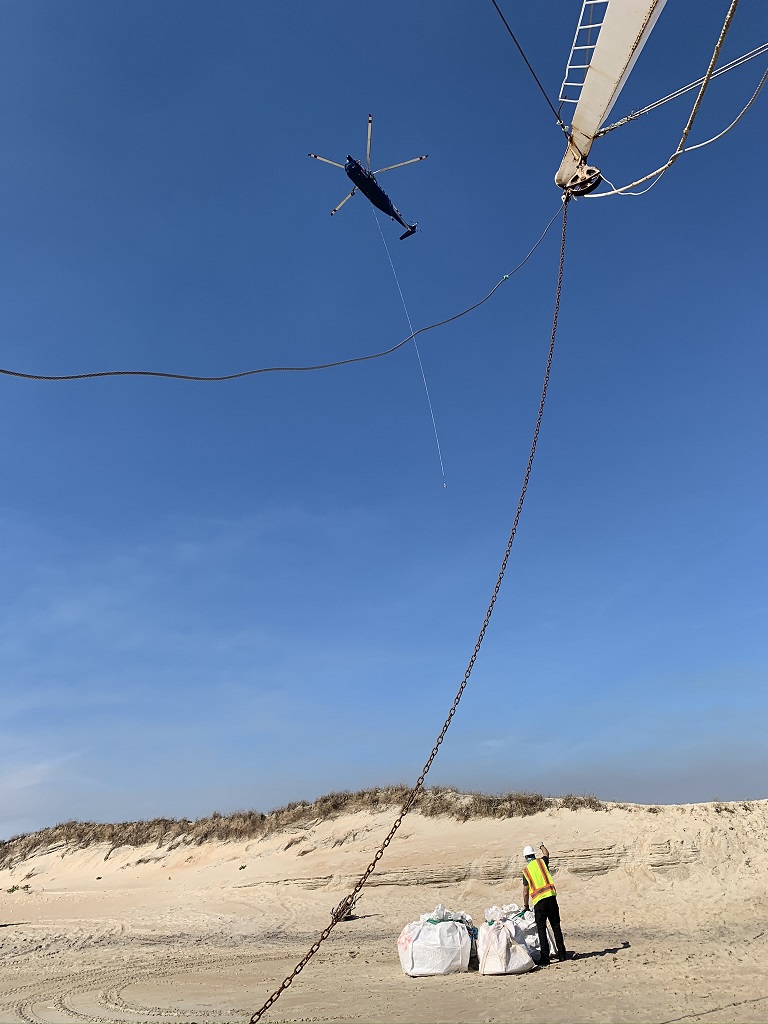 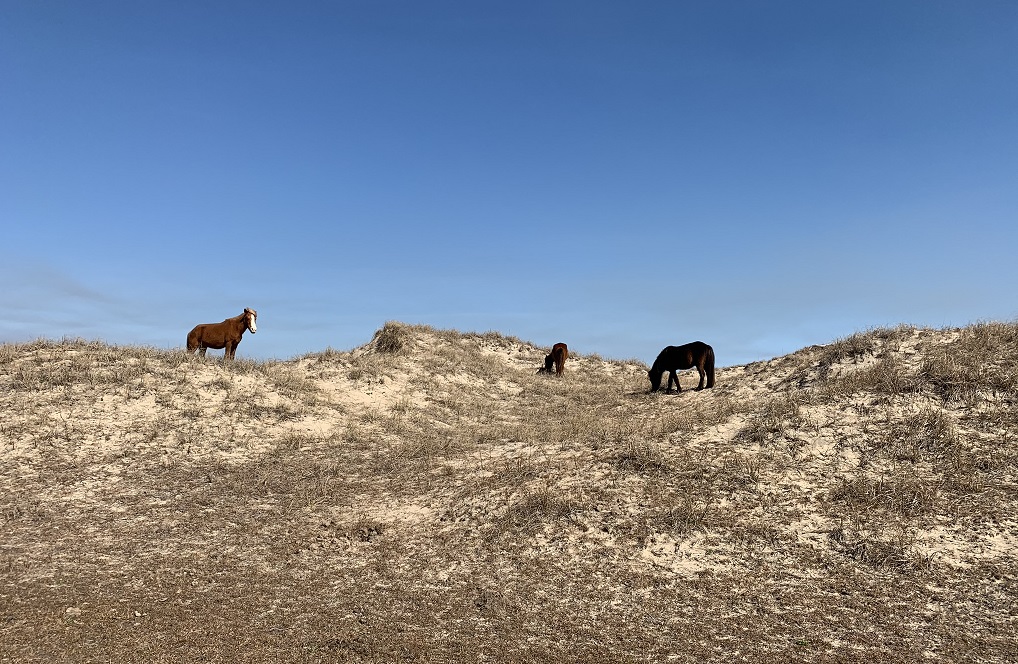 F/V Tamara Alane lost power and ran aground in the Shackleford Banks Marine Protected Area in North Carolina, a sensitive island habitat for wild horses, plovers and sea turtles. It was reported that the vessel had an estimated 7,000 gallons of fuel on board. Our Southeast MER Diving office was contacted to defuel the vessel; Global led the project and together the team quickly executed the response. Timing was critical because the sea turtles’ egg laying season was only a few weeks away

The vessel was in a challenging location; crews could not gain access from the water side due to the surf zone. Operations could not disrupt the island’s grass as it provided food for the protected wild horses, and could not disrupt the sand on the north end of the island as it was sea bird nesting habitat. For this reason, a Sikorsky S61N helicopter was contracted to transport equipment and fuel totes on and off the wreck site. Pumping equipment and 550 gallon stainless steel fuel totes were flown in and staged in a containment area on a bluff near the site, with minimal impact to the grass area. Crew transited to and from the island on a 38’ Munson landing craft and a MER spill response crew was on standby in nearby Wilmington if needed.

The vessel was resting upright and buried to its waterline in the sand; in preparation for defueling the crew secured the vessel with three large anchors on the shore side to keep the vessel in position as the weight of the fuel was removed. The crew pumped the fuel from the vessel’s tanks to the totes; from there it was lifted by helicopter to the staging area where crew transferred the fuel to a frac tank truck. Air monitoring and venting was conducted during the vessel defueling process.  Over the course of the project crews removed 12,500 gallons of fuel; the helicopter performed 58 individual picks of fuel, oily water and equipment. The vessel defueling was completed to the client’s satisfaction.