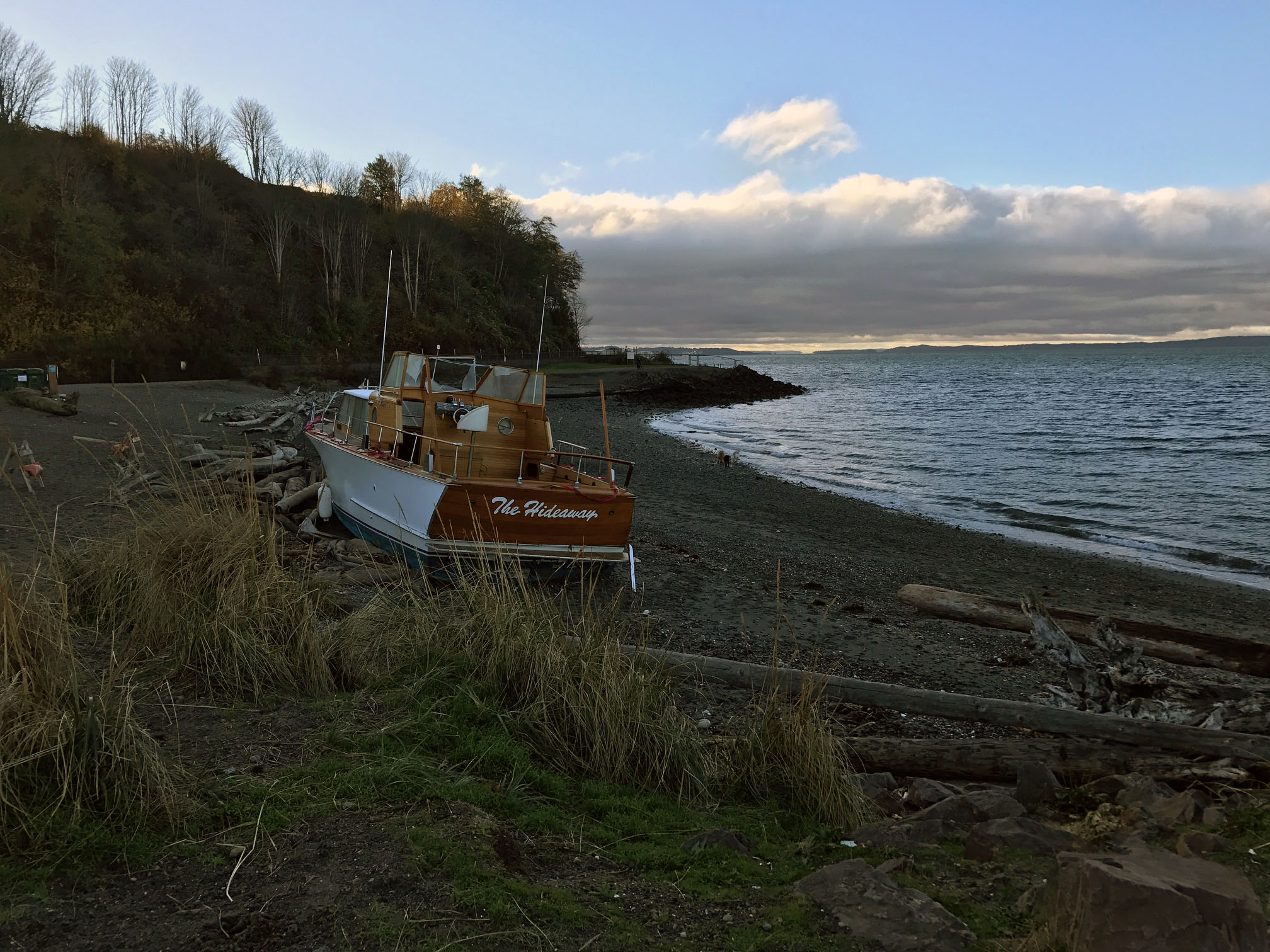 Global crews responded to a vessel that had washed ashore at the City of Edmonds, WA Dog Park. The 31-foot, 20,000 lb recreational vessel had been moored in shallow water near the park when strong winds, combined with a king tide, caused it to lose anchor and wash ashore. Global’s team defueled the vessel and removed fire extinguishers and batteries. The salvage crew determined it was too far inshore and the waters too shallow for the vessel to be removed by a crane barge. After securing permission from the city, a 70-ton hydraulic crawler was brought into the dog park and transited onto the sandy beach to lift the vessel. The crew dug holes in the sand under the vessel, then ran 50-foot salvage straps underneath it for lifting. Once the vessel was rigged, the crawler lifted it, then carried it off the beach and farther inland where it was placed onto a vessel transport trailer and hauled off site.