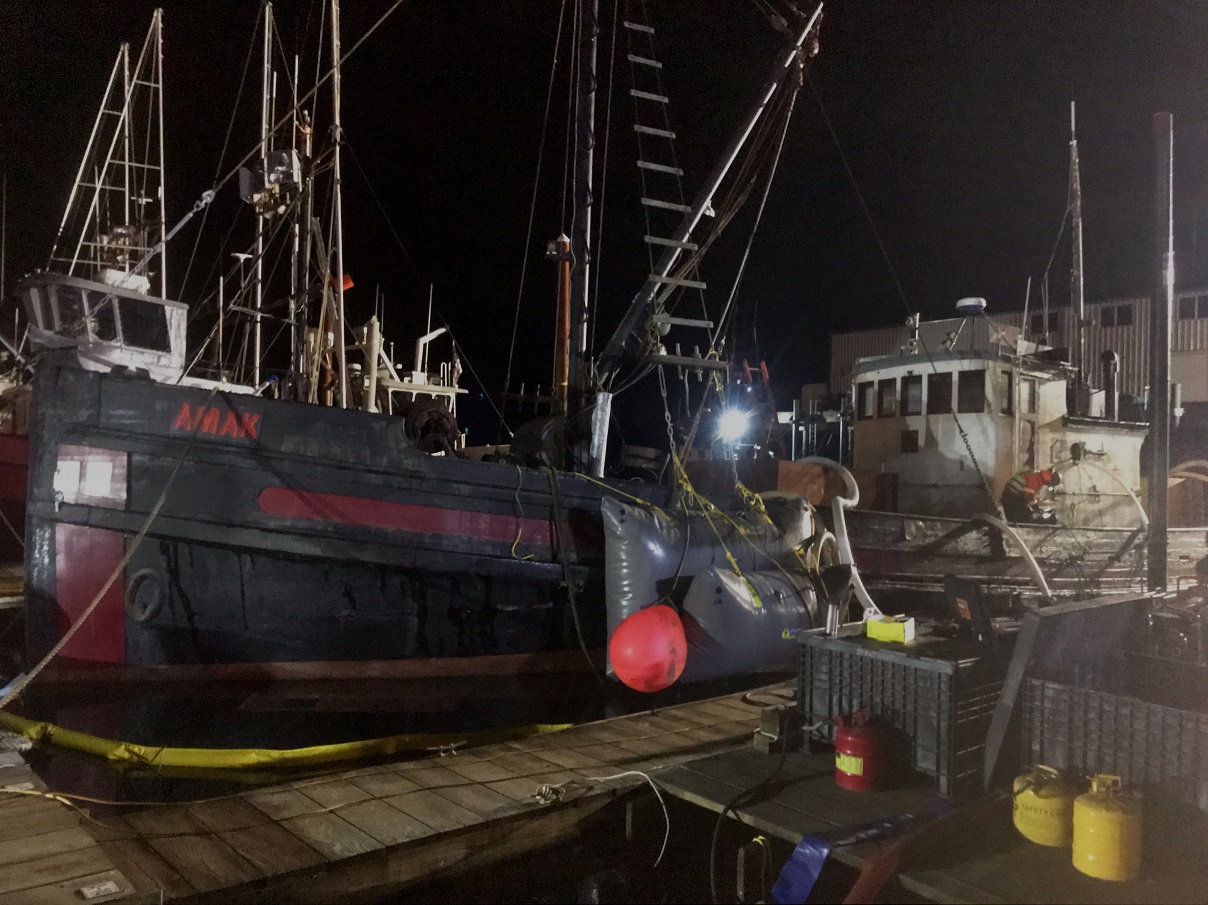 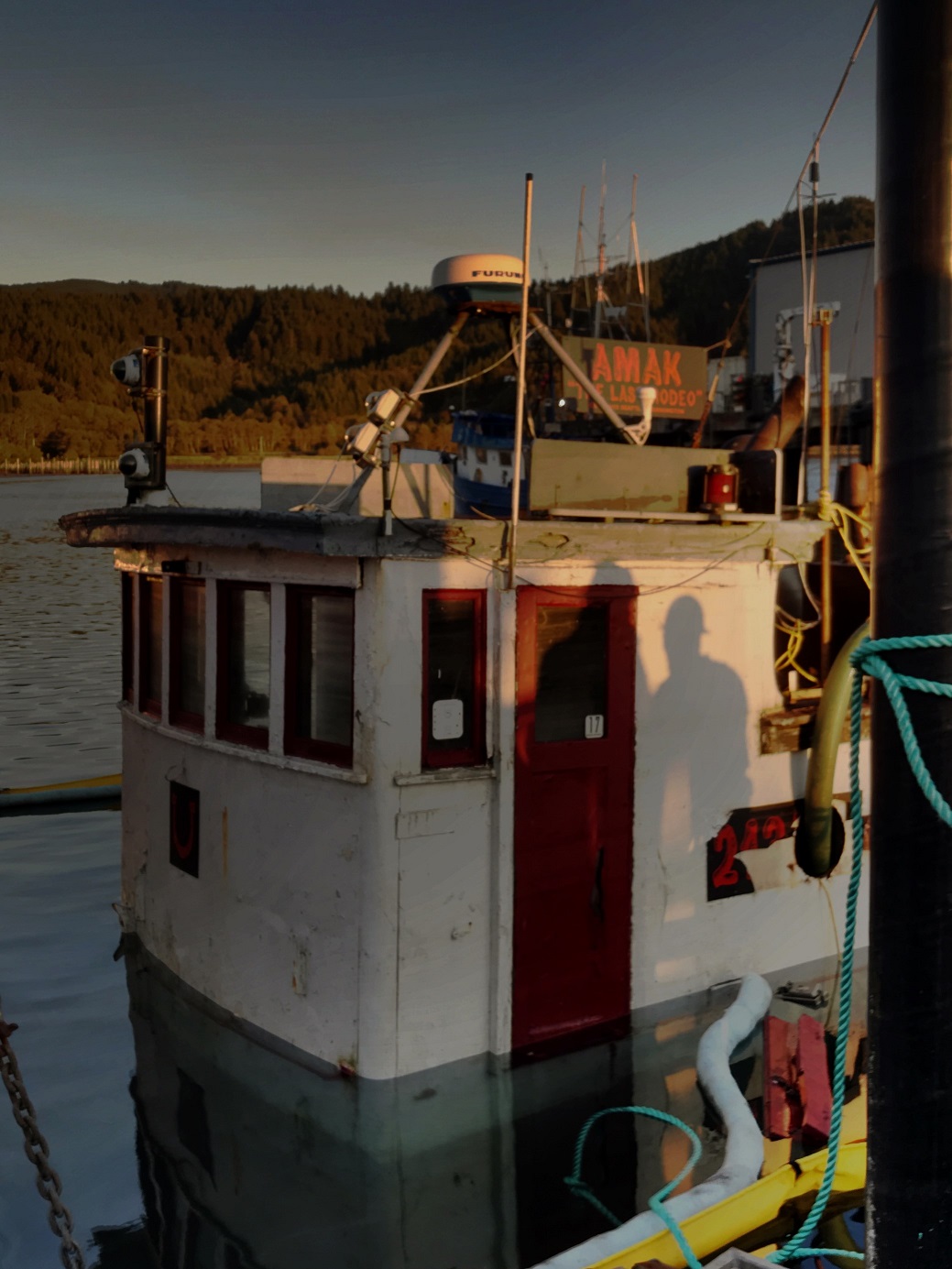 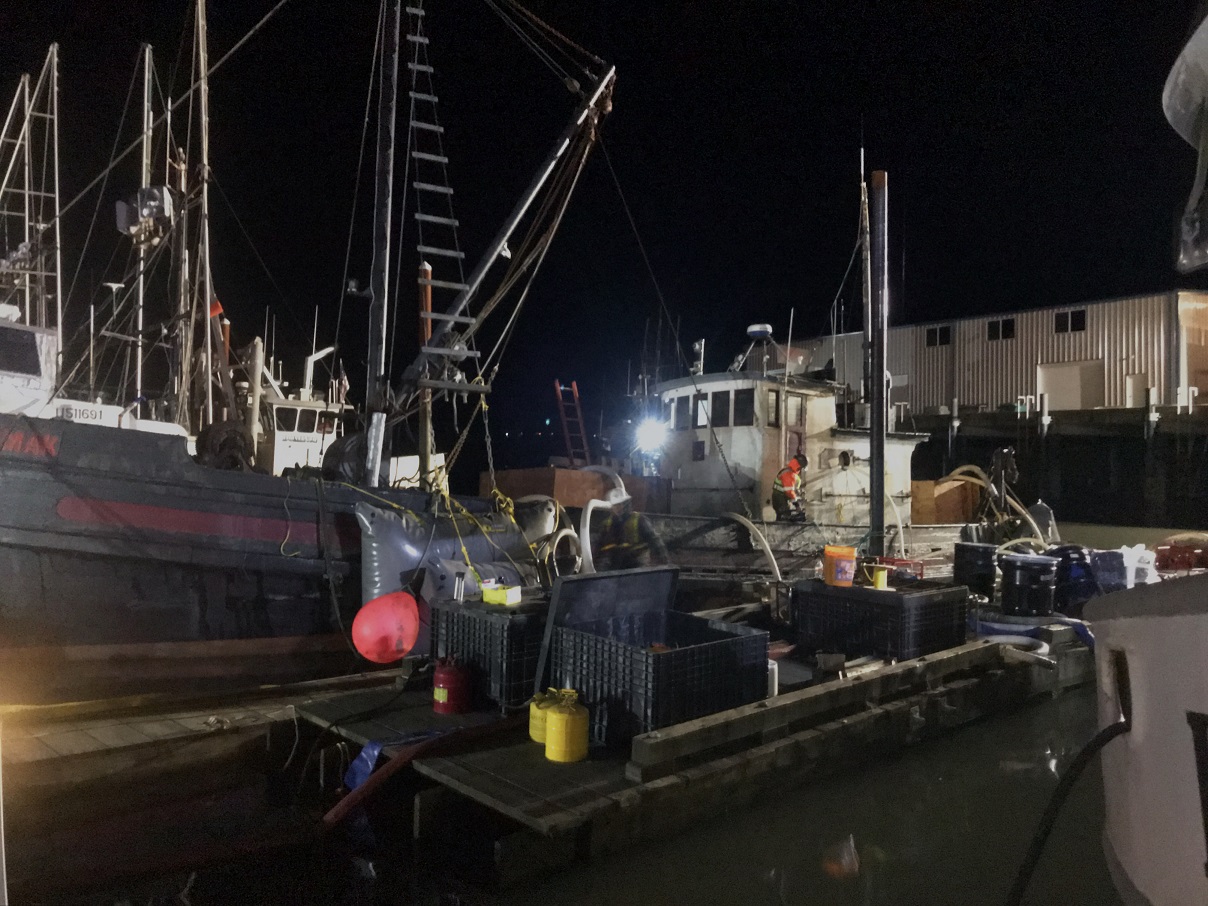 Global initially responded to the sinking of the wooden fishing vessel Amak in the Port of Garibaldi, Oregon Marina for the USCG, Sector Columbia River. The crew was tasked with completing on-water recovery of petroleum leaking from the vessel, as well as defueling the accessible tanks underwater to lessen the continued pollution liability. Crews used a vacuum truck to remove and store diesel from the tanks and surface. Due to the access constraints to the machinery spaces onboard the sunken vessel, divers did not penetrate the engine room of the vessel. Oil containment and absorbents were left around the site as further plans were developed to remove the remaining pollution.

The USCG, in partnership with the Port of Garibaldi, gave the green light for Global’s FV Amak refloat plan to be carried out and completely remove any remaining pollution once the vessel was on the surface. The plan utilized the combination of an upcoming negative low tide series and high-capacity pumps to refloat the hull gently with her own buoyancy. 32,000 pounds of lift bag buoyancy were added as reserve stability buoyancy, placed high to the outboard side of the vessel’s hull to counteract any lolling or rolling motion. Cofferdams were constructed to raise the combing of the two main fish hold hatches by at least three feet while all other through hull openings and hatches were sealed. Pumping capacity of 1,500 gallons per minute was setup in multiple compartments to evenly remove water from the length of the vessel.

Pumping operations commenced as the ebbing tide level dropped below the lowest cofferdam edge, and pumping capacity was increased as the tide hit its lowest point. The Amak began to rise in the water column on the flood tide, and with decks clear of sea water all compartments were cleared with smaller pumps. With stability confirmed, the diver worked in coordination with the salvage team to seal any continuing leaks and fully secure the hull.

After a safety team stood watch overnight, the vacuum truck was brought back to the site and all tanks, bilges and compartments were cleared of possible pollution sources. All remaining debris in containment was cleared and the vessel was signed back over to the Port of Garibaldi.