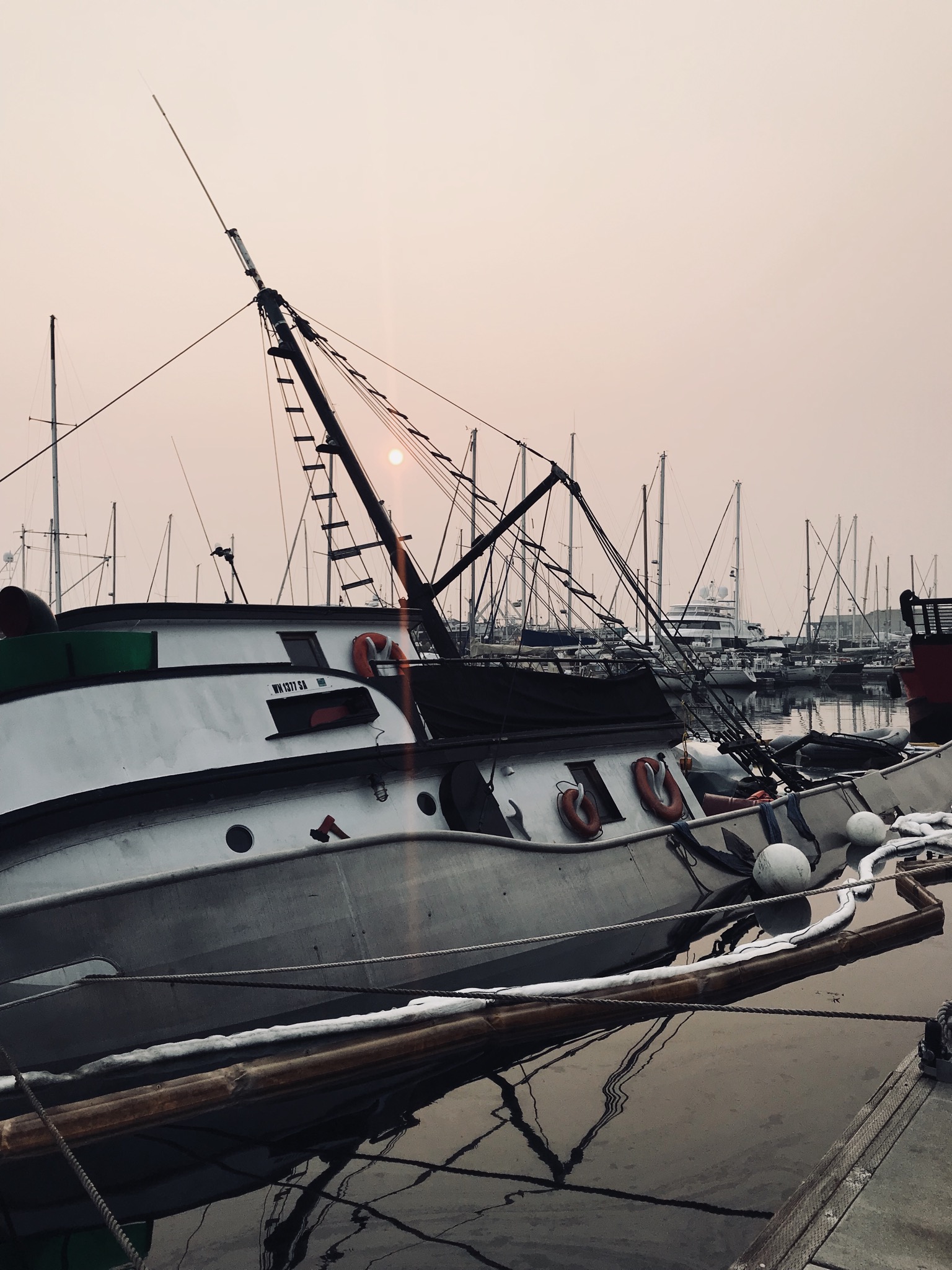 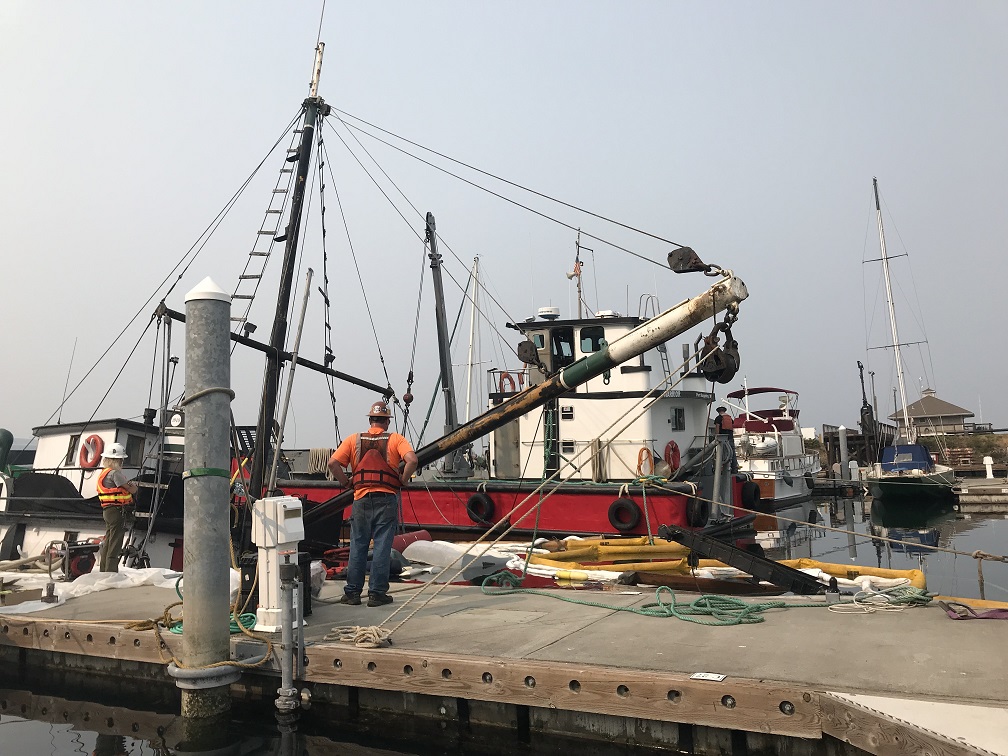 Global was contacted by the US Coast Guard to defuel the F/V Pacific Sunrise, a 74-foot former fishing vessel that had sunk at the dock at the Port Angeles Boat Haven. Global crews defueled the vessel, then began working with the Port authorities to develop a salvage plan to refloat her so she could be moved. The salvage was complicated by the fact that the vessel sank in an area of the marina that was not accessible by a crane barge or land-based crane. The salvage team brought in a local landing craft and the Sunrise was rigged to the landing craft at low tide. As the tide came in, the landing craft acted as a lift bag, rolling the Pacific Sunrise back up onto its keel. She was then secured to pilings overnight to prevent her from rolling back over. The next morning at low tide, the crew began pumping out the vessel; the Sunrise’s boom was also used to provide additionally stability as the vessel was dewatered. The vessel refloat was successful and the vessel was returned to the owner.