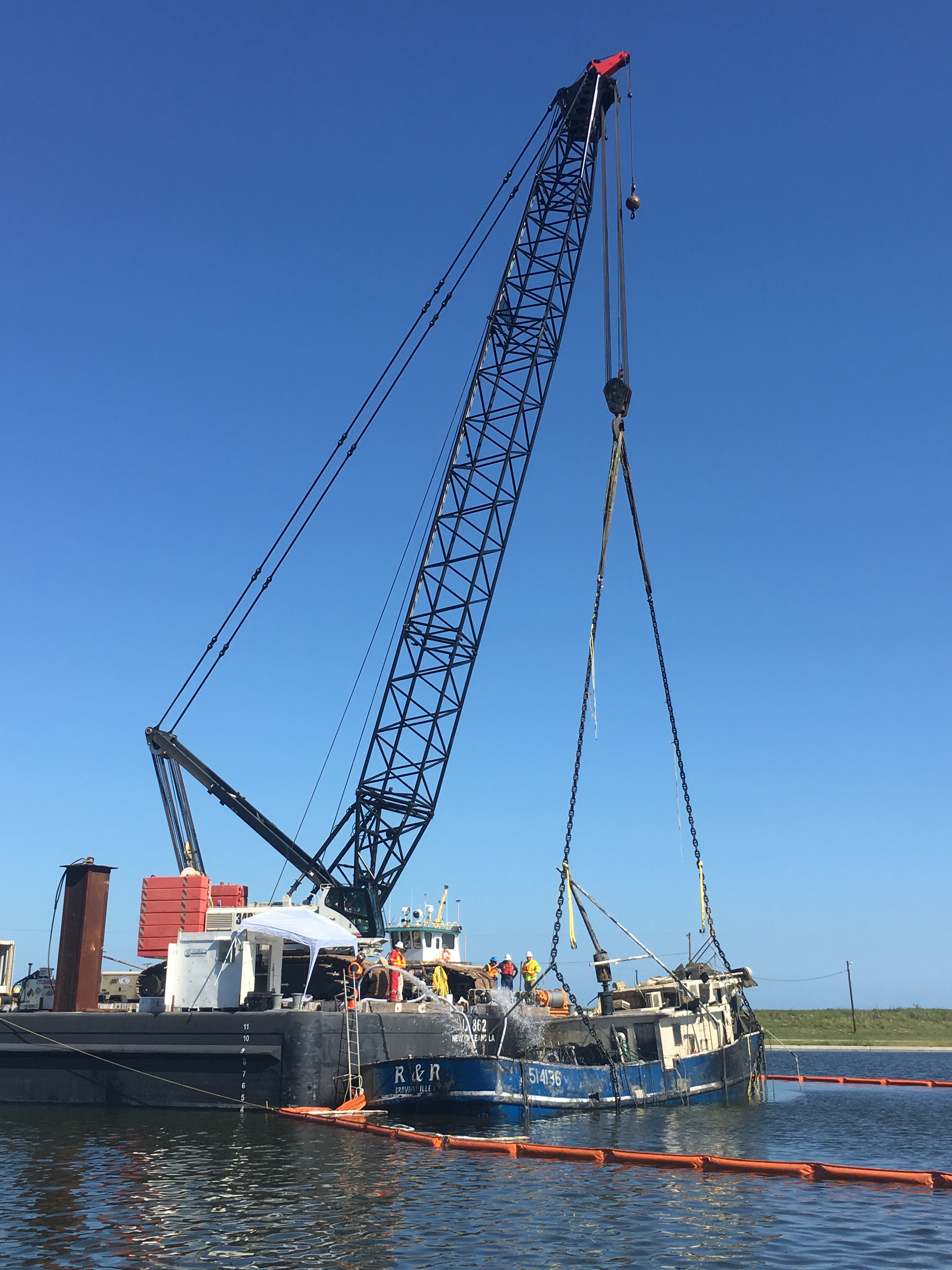 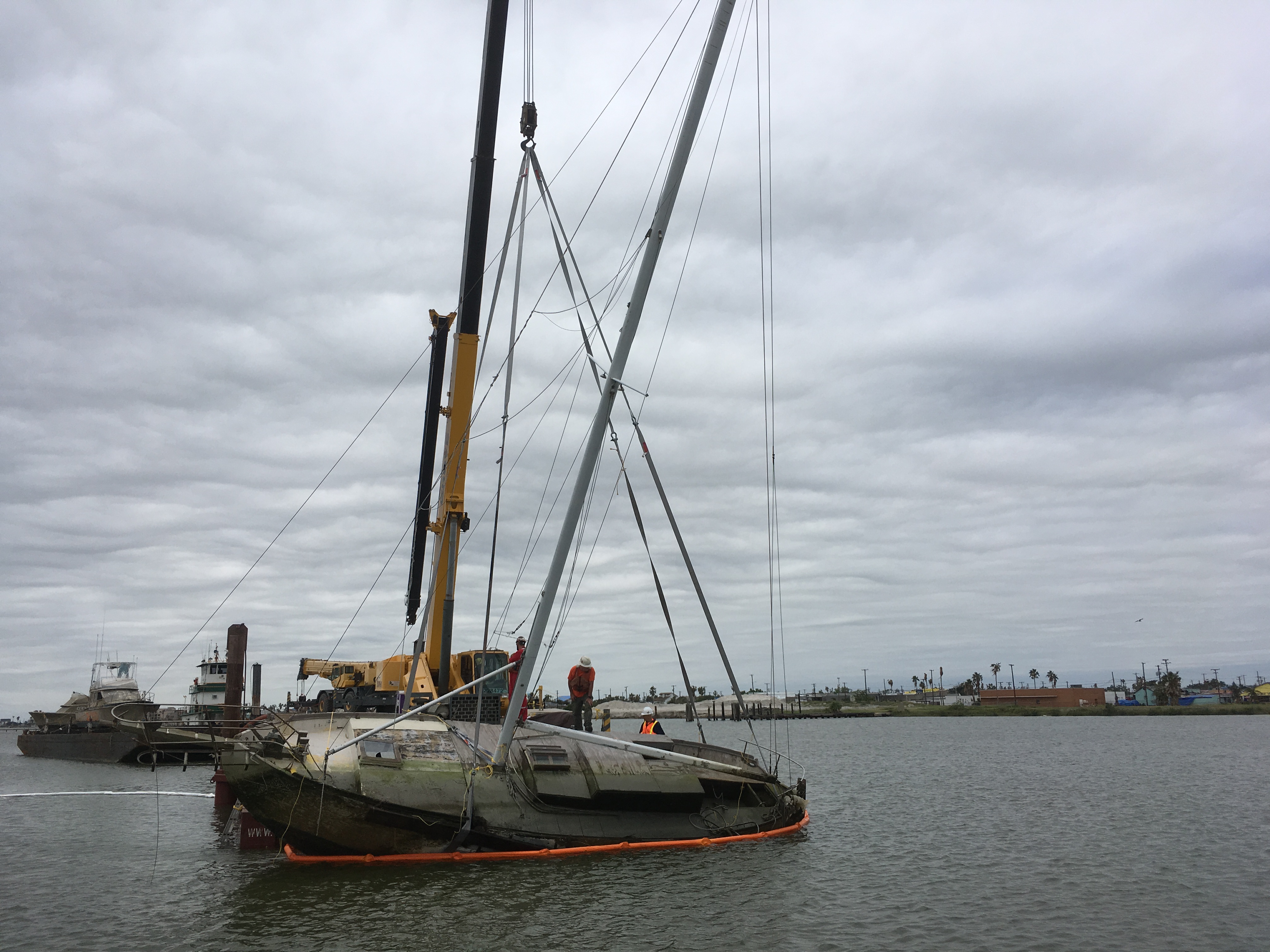 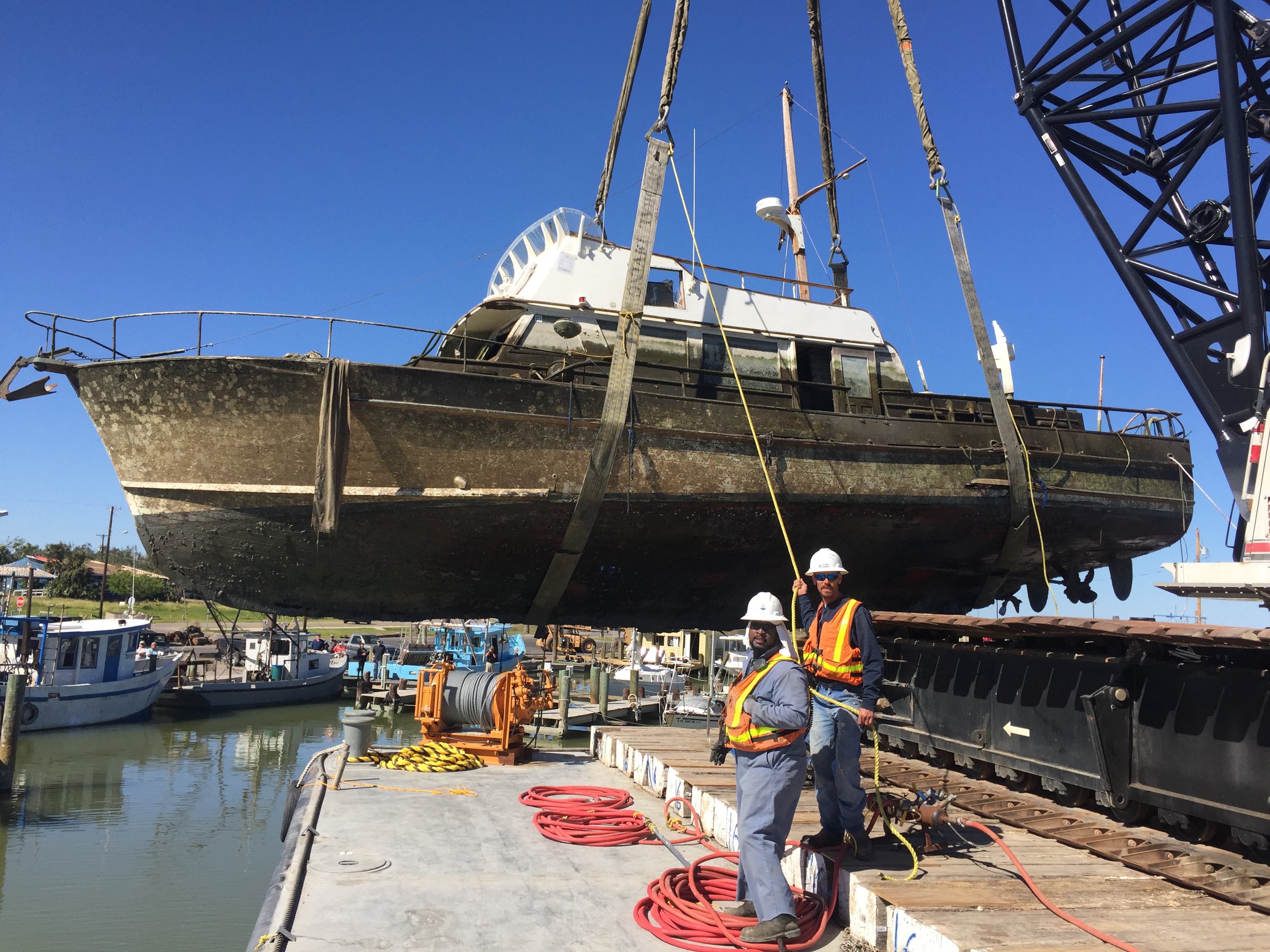 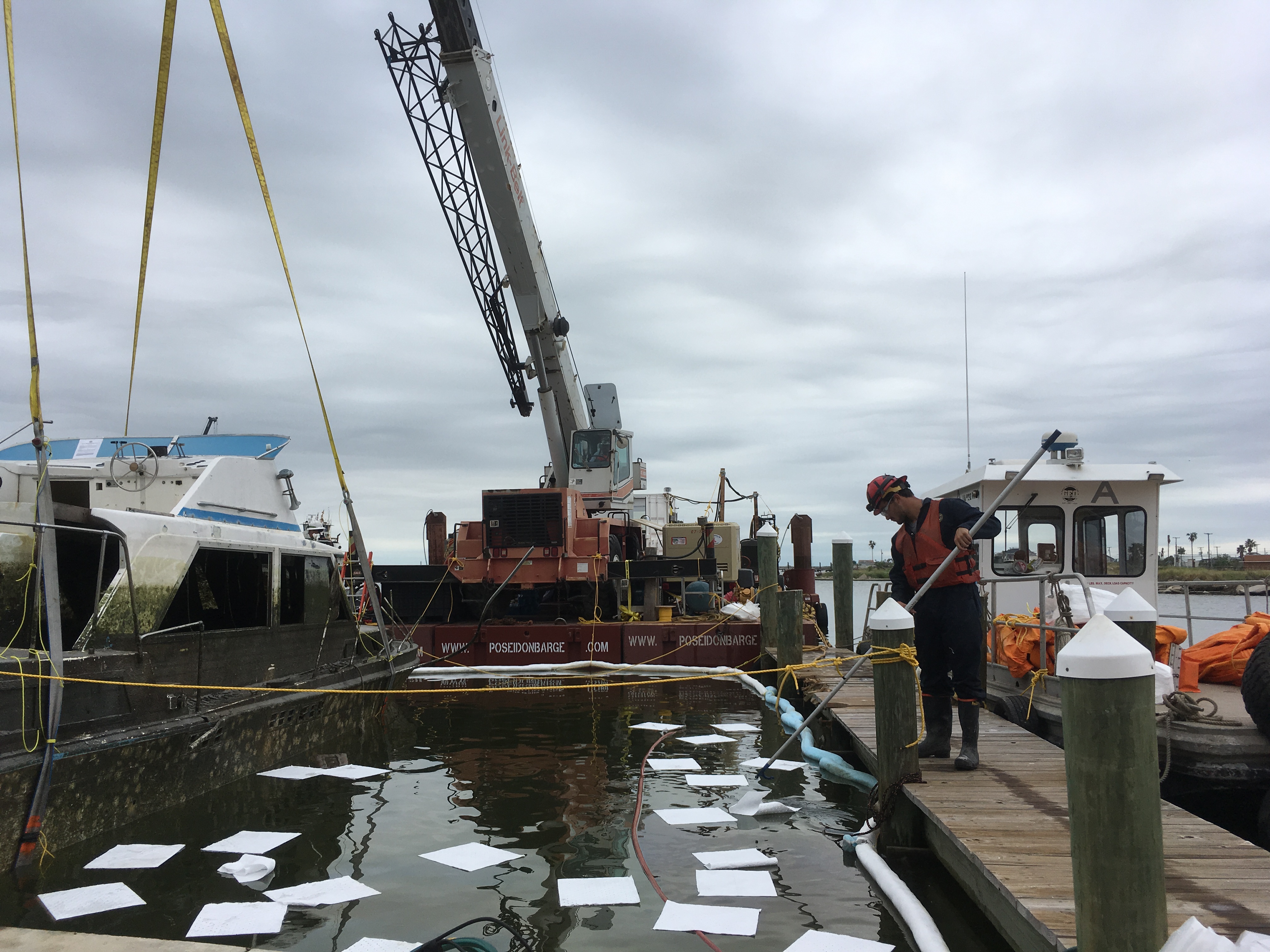 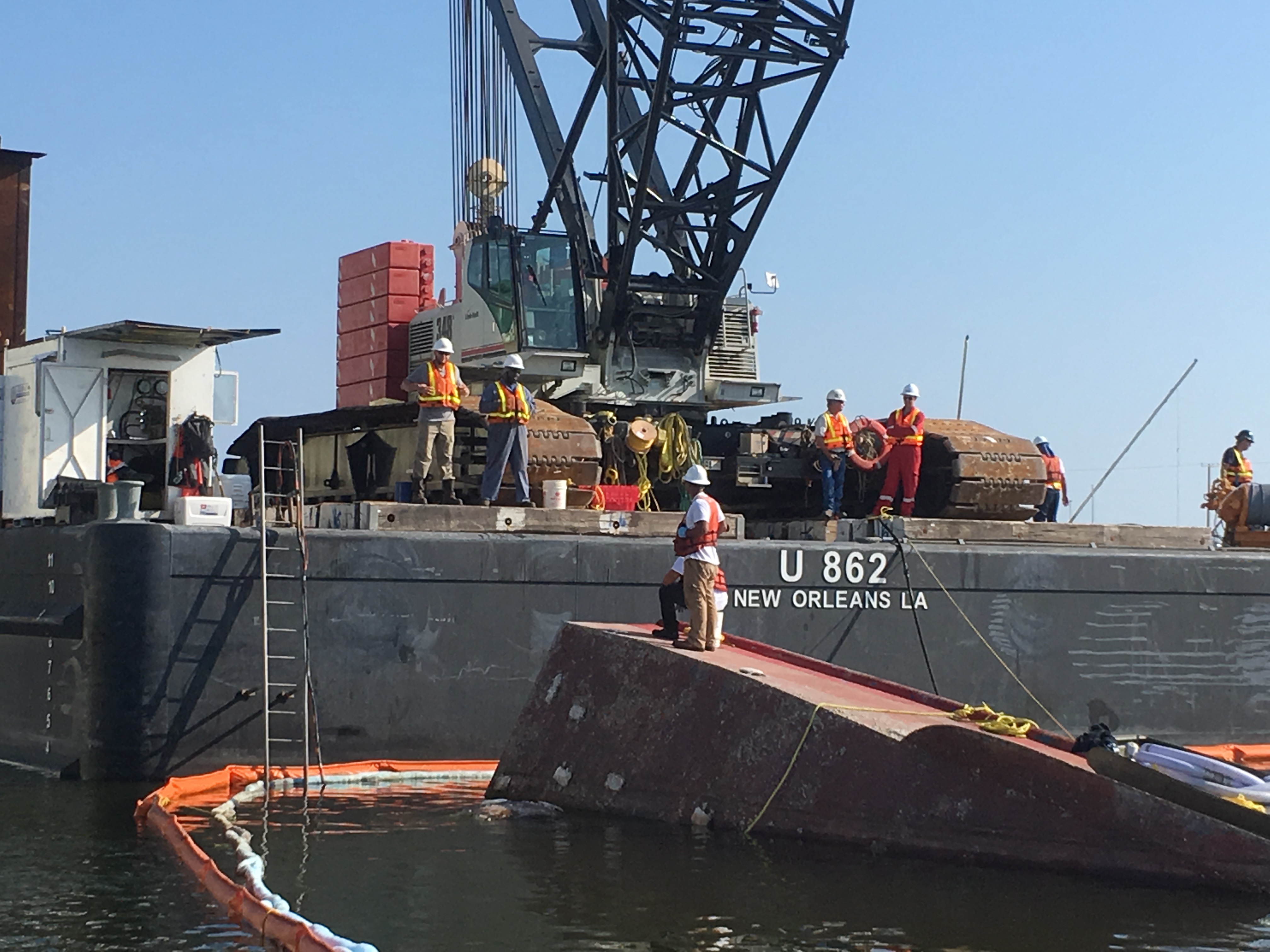 In the 3 months since Hurricane Harvey devastated Texas’ coastal regions, Global Diving & Salvage, Inc. has successfully completed more than 85 salvage operations in the region. Under contract to the US Coast Guard ESF-10 Vessel Response, Global worked closely with state and federal agencies to remove the vessels from a 250-square mile area, extending from south of Corpus Christi north to Seadrift, TX.

“As far as the sheer number and variety of vessels recovered over such a large area, this is Global’s largest-scale project to date, and we’re proud of the work we’ve done with the Coast Guard and the State of Texas,” said Kerry Walsh, Global Project Manager. “The logistics required to assemble the armada of salvage platforms was challenging given everthing was being completed in an area that was itself deeply suffering the impact of the storm.”

Global’s crews removed a wide variety of vessels damaged or sunk by Hurricane Harvey, including numerous yachts, houseboats, pleasure craft and fishing vessels; the largest being a 75-foot steel shrimp boat sunk and heavily entangled with a second  65-foot shrimper. Global’s crews attended to each casualty, first rigging it for lifting, dewatering and refloating where possible.  Environmental crews recovered fuels, batteries, fire extinguishers and other hazardous materials. With the vessel cleared, it was towed alongside and lifted onto a materials barge, then transferred to the shore side staging area where it was turned over to the State of Texas for final disposition. During the course of the project, Global teams removed thousands of gallons of pollutants and tons of debris from the water and shoreline.

“The variety of the wrecks and where they were situated made removals extremely complicated. Each one of these vessels was a puzzle unto itself,” said David DeVilbiss, Global Vice President of Casualty and Emergency Response. “There were sunken vessels in the middle of the channel, vessels on breakwaters and vessels that were ashore in shallow and sensitive wetland areas. We made sure we had assembled a  toolbox with a range of capabilities, from the flexi-float barges to the 90- and 300-ton crane barges, and then used the appropriate approach for each casualty. Each job was individually challenging; there were not any two recoveries that were the same.”

While salvage resources and personnel were being mobilized, Global contracted Terrasond Ltd. to conduct subsurface hydrographic surveys of each of the harbors before salvage operations began in order to mitigate the risk of impacting a submerged vessel during salvage operations. Terrasond surveyed and documented the targeted areas to confirm water depths which were impacted by the storm surge.

All parties involved agreed that teamwork was crucial to the success of this massive endeavor. “Global’s crews, many of whom had never worked together prior to the Hurricane Harvey response, quickly formed into efficient teams safely conducting challenging operations in often very harsh conditions. We were able to conduct operations without any significant mishaps during the two-month project,” Walsh said. “Our leadership, safety team and more experienced staff all pulled together and watched out for everyone. And the relationship between the US Coast Guard and Global melded into close team where we worked together and relied on each other to get the job done safely and well.”