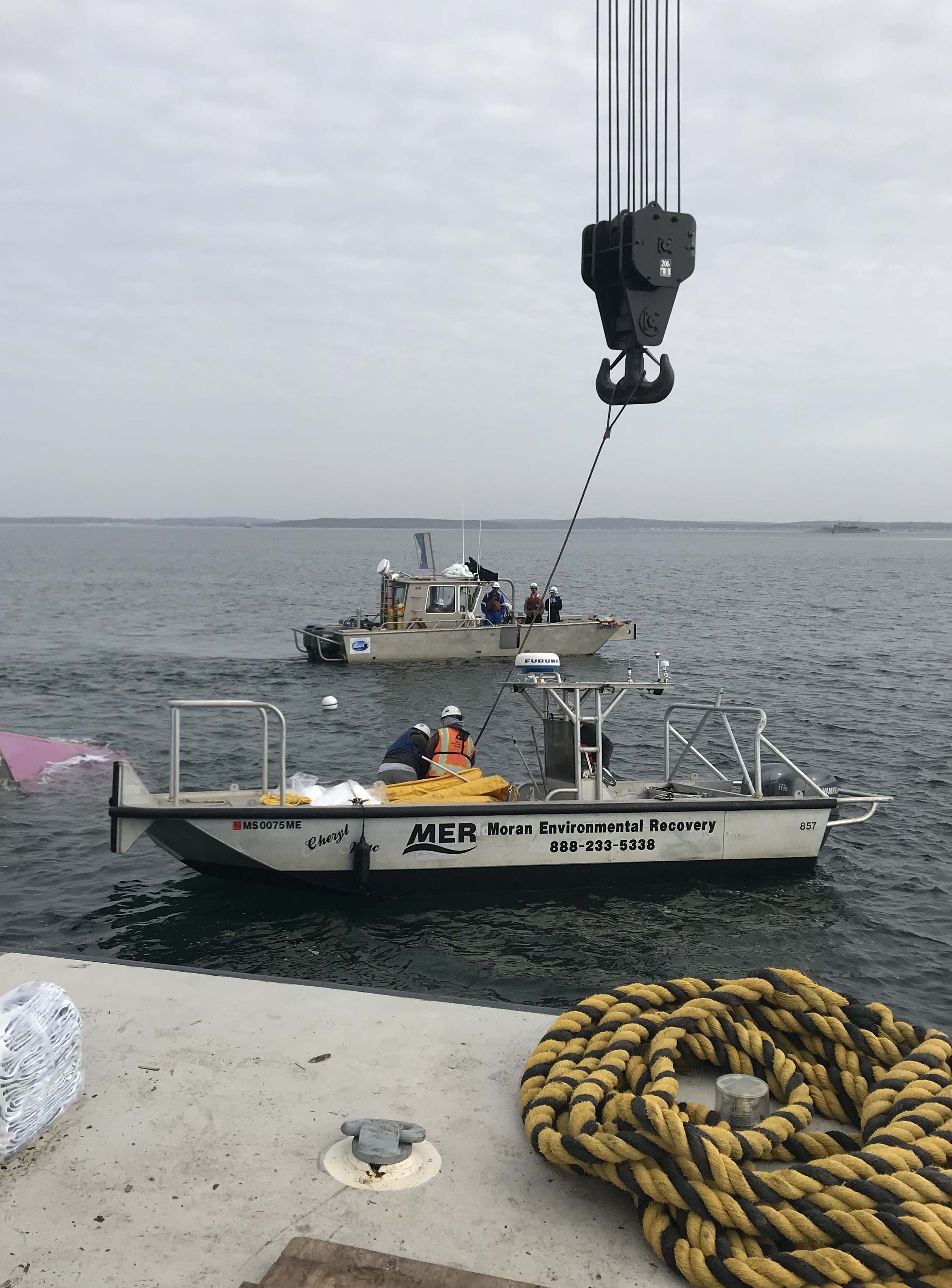 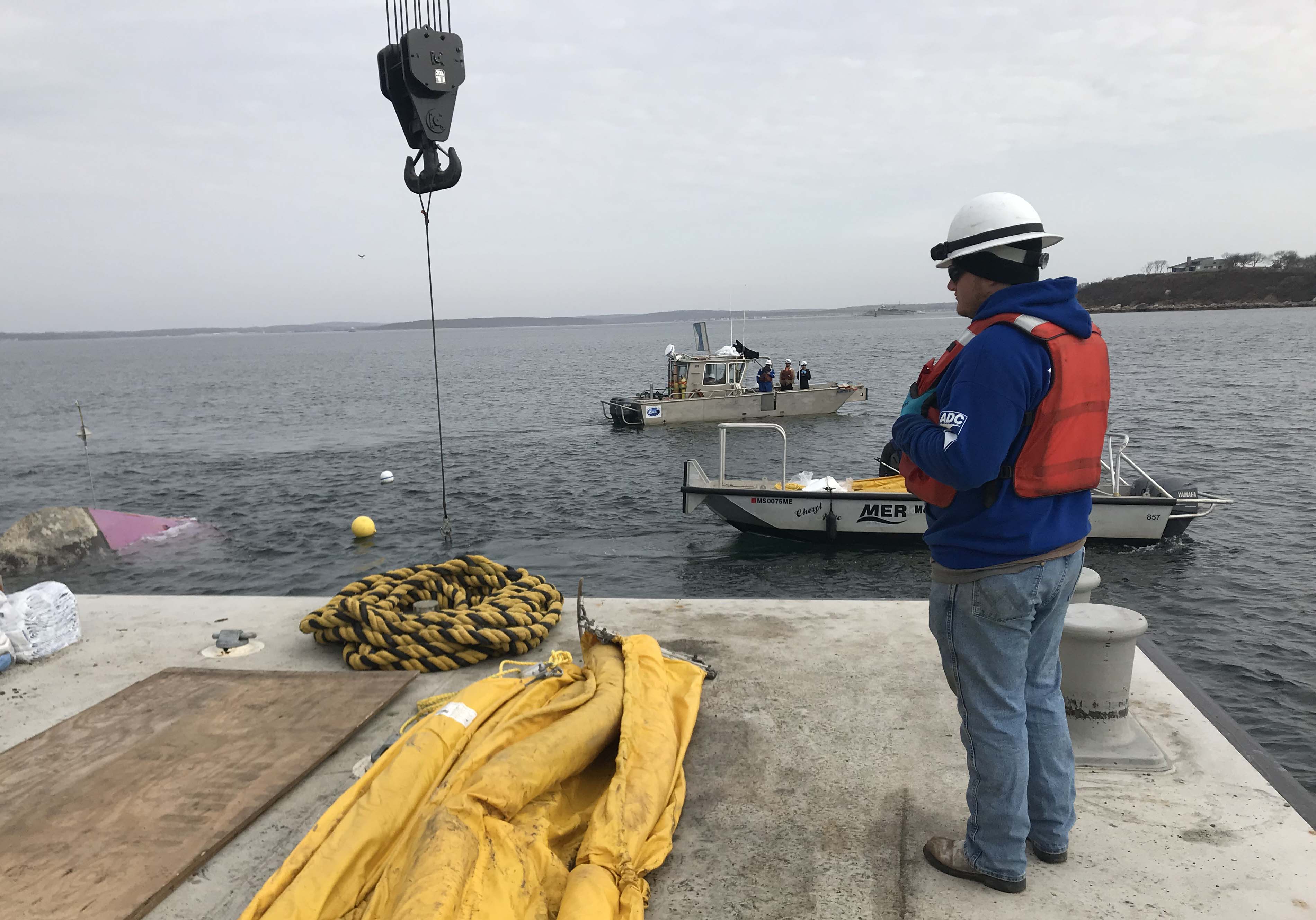 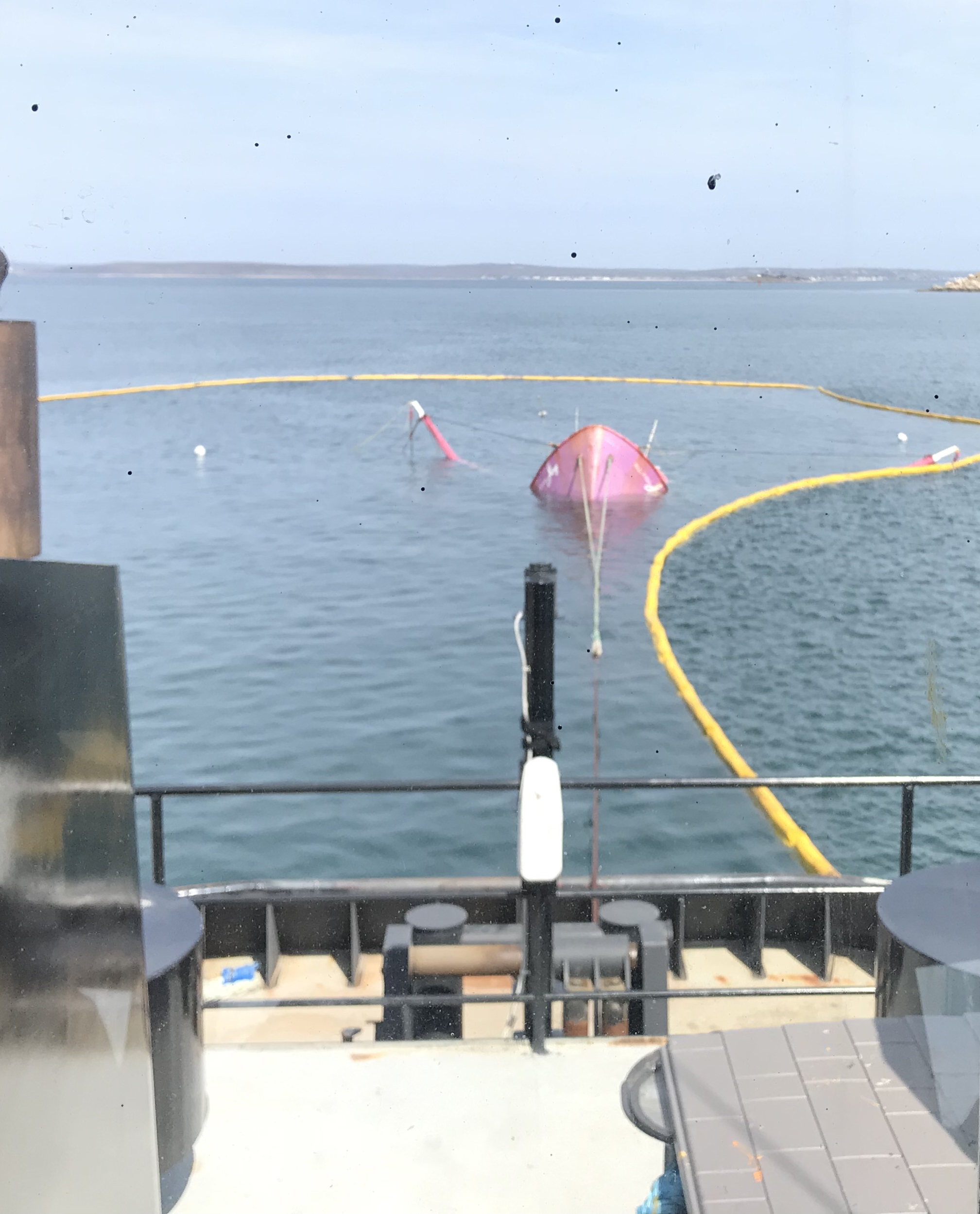 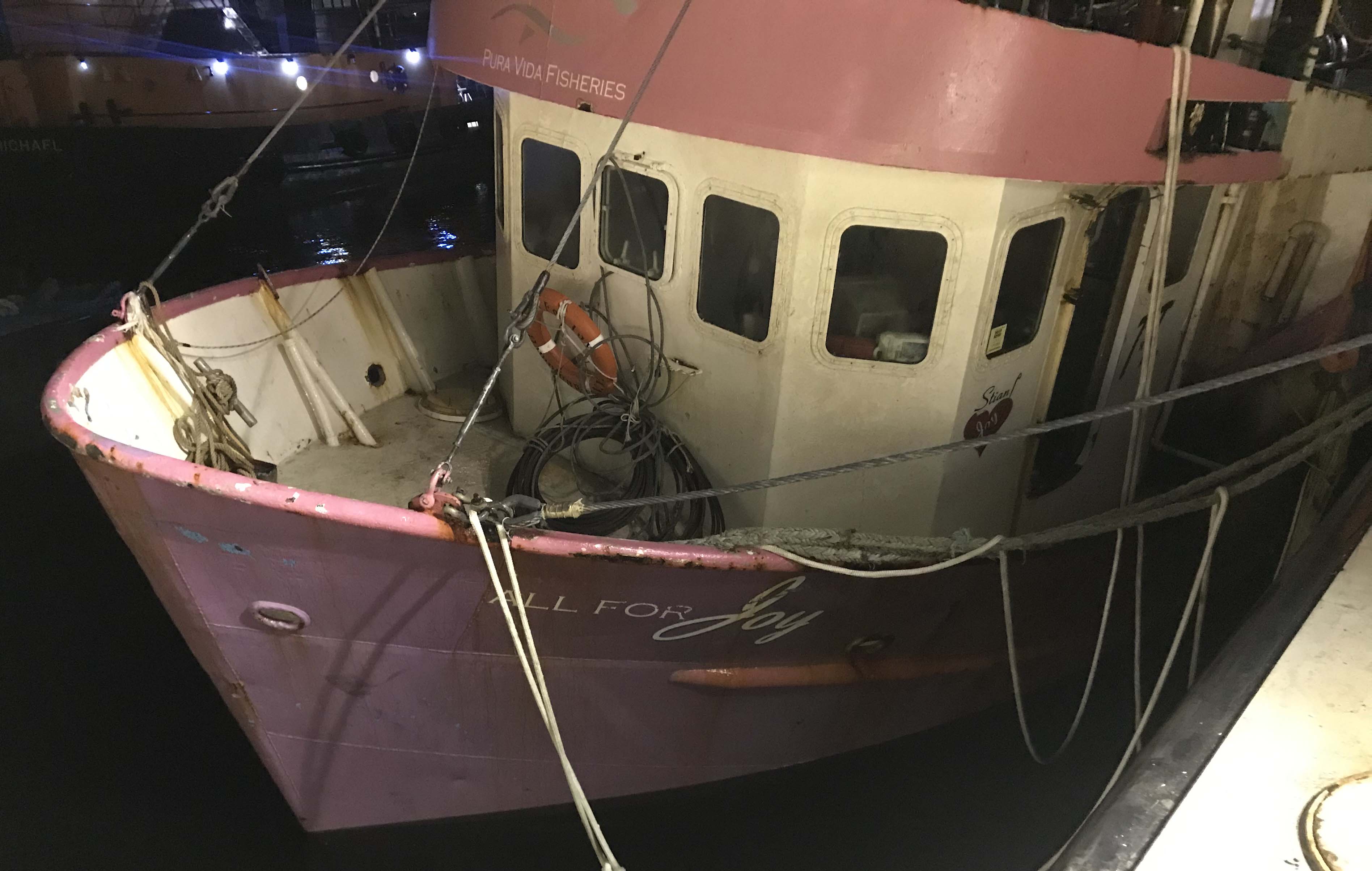 Global and our parent company, Moran Environmental Recovery, recently completed a joint salvage effort on the bright pink fishing vessel “All For Joy” in the Long Island Sound, marking another successful project.

On March 10, 2019, the fishing vessel All For Joy began taking water into the fish hold during heavy weather. The crew was removed from the vessel by the US Coast Guard and the vessel capsized. She floated upside down for some distance, then grounded off Fisher’s Island, NY in 50 feet of water, with the stern in the mud and the bow still floating on surface with a bubble of air trapped inside. The USCG ordered the vessel’s removal as she posed a significant navigation hazard and due to the threat of pollution from fuel on board.

Because of the vessel’s instability in the water and entanglement hazards from rigging, she could not be defueled in her keel up position. Environmental teams boomed around the vessel to contain any leaking fuel, while the two salvage masters developed a plan for parbuckling the vessel so she could be towed to shore and defueled.

Parbuckling typically involves rolling a vessel with a port or starboard list back into an “even keel” orientation.  In this case, the vessel actually needed to be parbuckled lengthwise – an “end-over parbuckle”. To provide side-to-side stabilization outrigger anchors were deployed, and a bridle wire was run around the vessel’s bow and connected to a tug. With everything in position, the tug slowly winched in the wire to parbuckle the vessel. The trapped air was released from the bow, and the vessel settled to bottom in a more stable upright position. Under the direction of the salvage master, divers then rigged the vessel with a 4-point sling attached to a derrick barge crane so it could be raised, being careful not to become entangled in the fishing vessel’s rigging. The crane began slowly lifting the vessel, pausing periodically to drain water from the vessel.

Once the fish hold was above the water line, dewatering pumps were deployed to pump water from the holds and interior into the containment area. As the vessel gained buoyancy, the crane continued to lift and stabilize her until fully lightered; once all water was pumped out the vessel was carefully lowered back into the water where she floated on her own. The dive team inspected the vessel for damage and found her to be sound. A dead ship tow plan was filed, and the vessel was towed to a nearby shipyard. There the environmental team removed 1777 gallons of a fuel/water mix. The All For Joy was cleared and returned to her owner for restoration.

Curious about the fishing vessel’s vivid pink color and name? More on the backstory here: FishersIsland.net