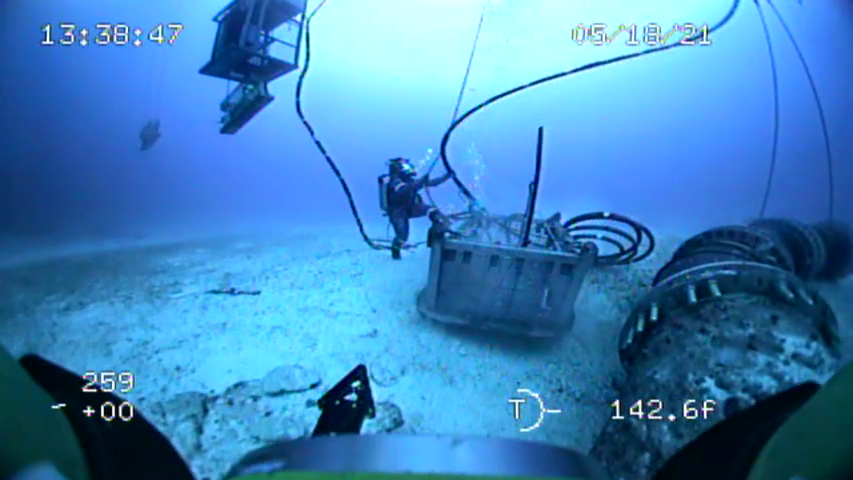 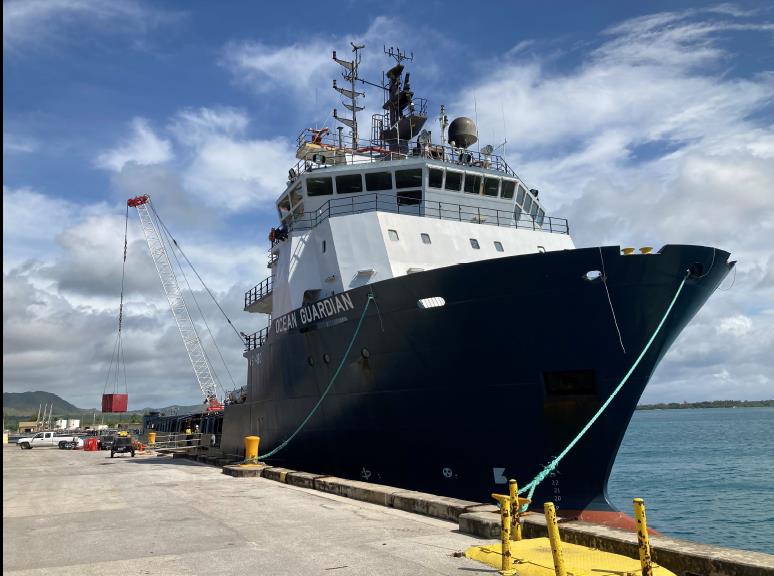 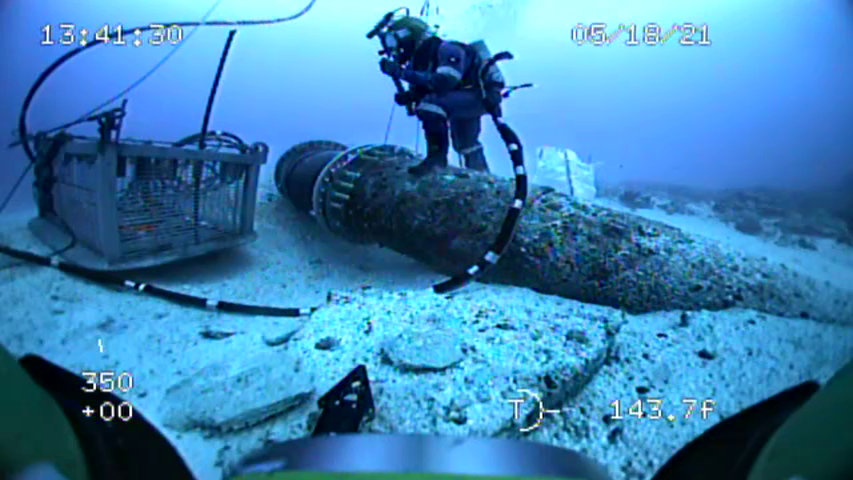 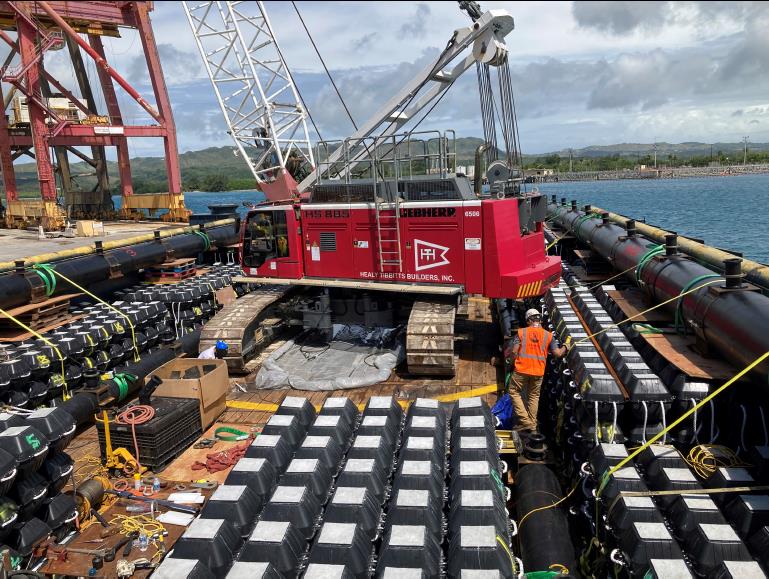 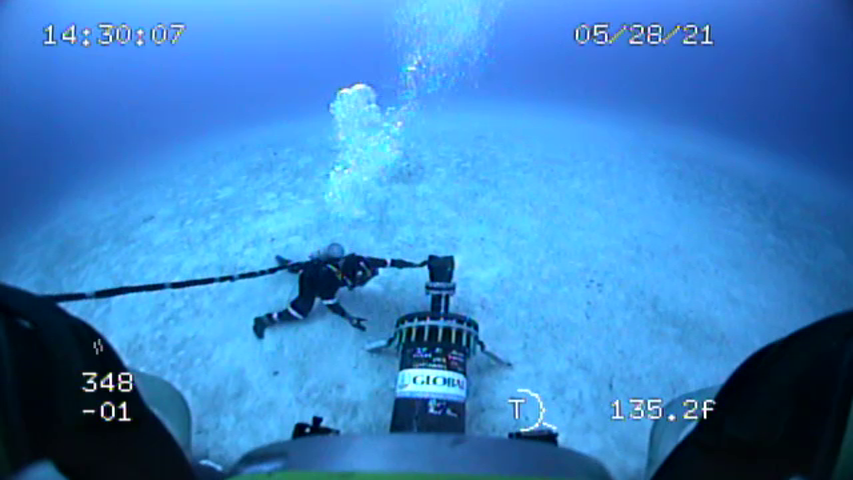 Global was subcontracted by Healy Tibbitts Builders (HTB) to install a new outfall and diffusers for the Guam Waterworks Authority as an upgrade of the treatment plant’s existing high density polyethylene (HDPE) outfall pipe. The outfall pipe is located in the Philippine Sea, approximately 2,000 feet offshore at an approximate depth of 140 FSW. The scope of work included connecting the new diffuser pipe to the existing HDPE outfall pipe with a new flange clamp and multiple elbows so the pipe would lay flat on the sandy ocean floor, then securing and protecting the diffuser pipe with concrete mats.

The crew mobilized the deep gas dive spread, decompression chamber, Falcon ROV and other equipment onto the DP vessel Ocean Guardian in Seattle; transit time for the vessel from Seattle to Guam was roughly 21 days. The dive team met the vessel upon its arrival in Guam, beginning the final stages of setting up the dive spread while the vessel crew and the HTB crew loaded the concrete mats, outfall components and crane. Because of the meticulous pre-mobe planning done by the team, Global’s crew completed the dive spread setup and testing ahead of schedule, then assisted the other teams with loading the vessel, securing equipment and materials, and fabricating and welding the pad eyes for the crane.

With mobilization complete, the Ocean Guardian transited to the site and operations began. The team pre-assembled the duckbills and elbow pieces for the diffuser. The Falcon ROV was used to conduct a bottom survey of the new pipeline laydown area. Dive operations used surface air, mixed gas and surface decompression; diving depths ranged from 110 to 145 FSW over the course of the project. Initial objectives for the dive team included a thorough inspection dive, and removing sediment and biofilm at the flange connection point.

Once the surveys and preliminary work were complete, installation of the new pipe and diffusers began. Using the onboard crane with the DP vessel staying on position, diffuser components were lowered into place and connections were completed by the divers. After the spool pieces and elbows were installed, connecting bolts torqued to specification, and anodes installed, the protective concrete mats were lowered and secured in place by the divers. The ROV was used to verify bottom elevations prior to placing each spool section; it was also used throughout each dive for quality control observation, as well as assistance with diver umbilical management.

After the last components were installed to specs and mats placed, a final as-built survey of the diffuser was conducted by divers and the Falcon; the outfall valve was opened and all diffuser ports were found to be operating properly. With a successful completion, the vessel returned to shore and demobilization began. The project was completed safely, on time and on budget.

Although the project was a fairly routine diffuser installation, it was complicated by the remoteness of the project and dive depth. Global’s project management team anticipated challenges and potential equipment breakdowns, and planned accordingly with adequate spares and backup systems. The dive supervisor and divers carefully planned each dive, with proper staging during resurfacing and chamber decompression after returning to deck. Working from a DP vessel also poses a challenge with concerns of the vessel being unanchored and constantly thrusting to remain on position. The divers, topside crew and vessel operator were in constant communication, continually aware of their surroundings and any situational changes, and the divers maintained good umbilical management throughout each dive to mitigate any risks.