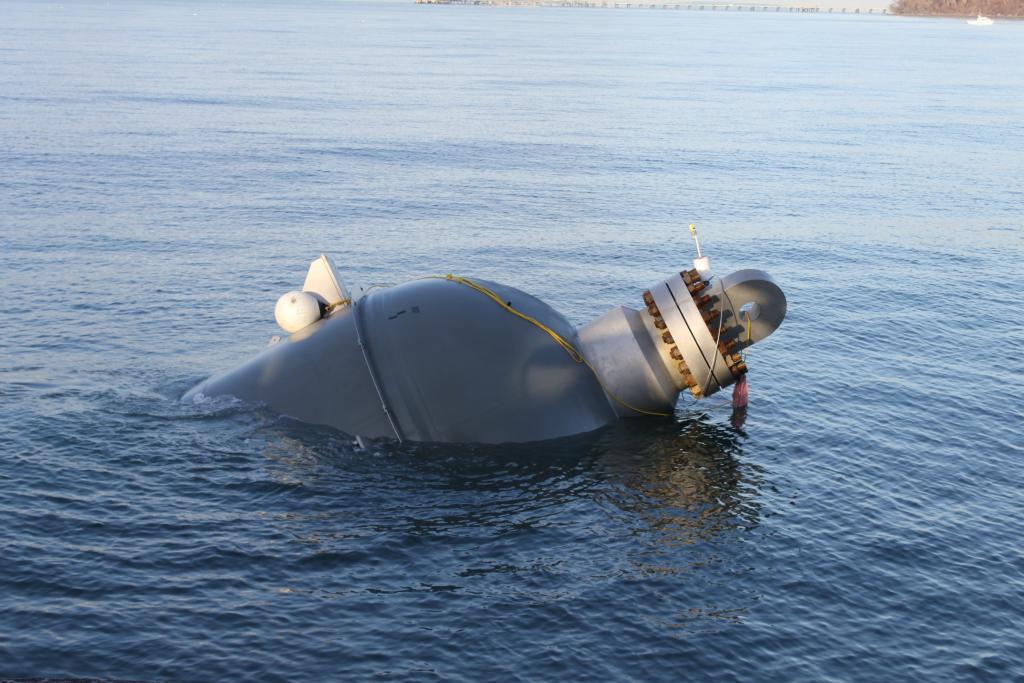 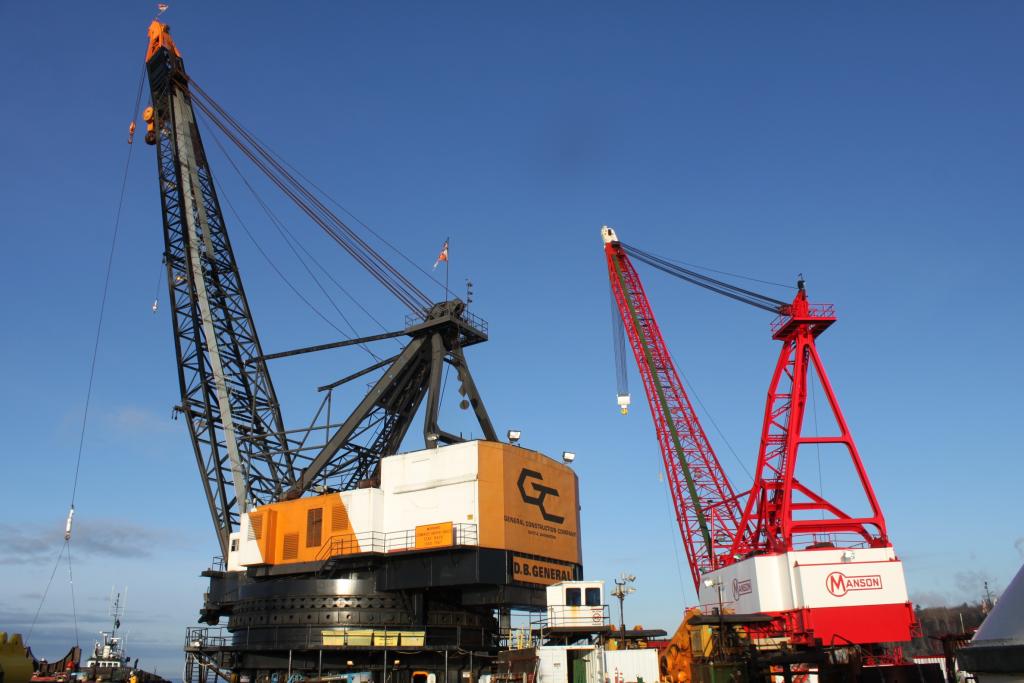 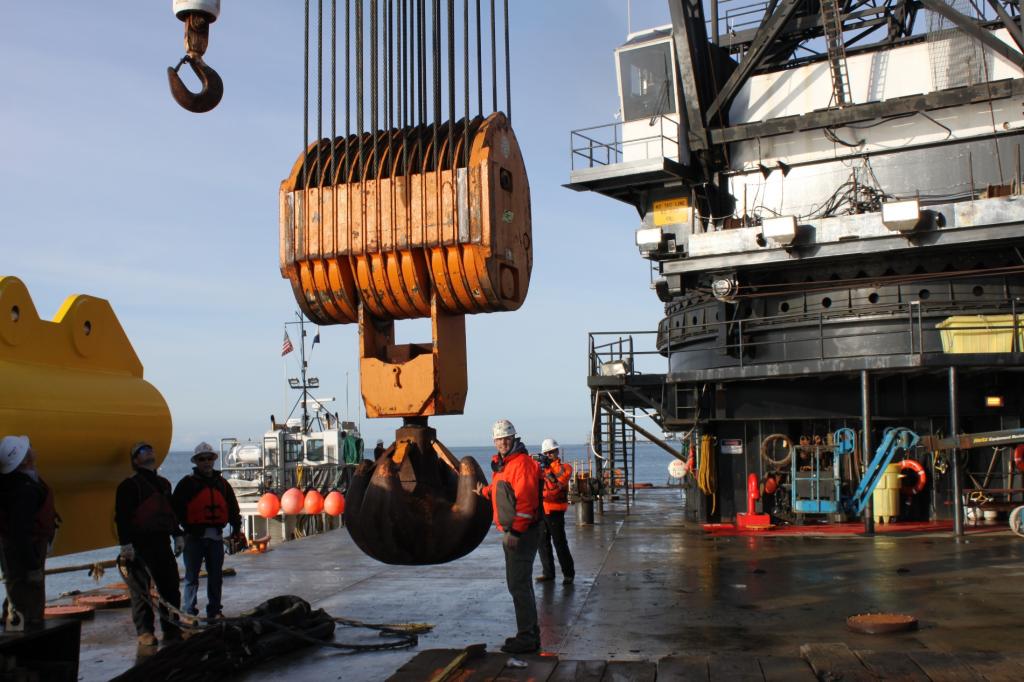 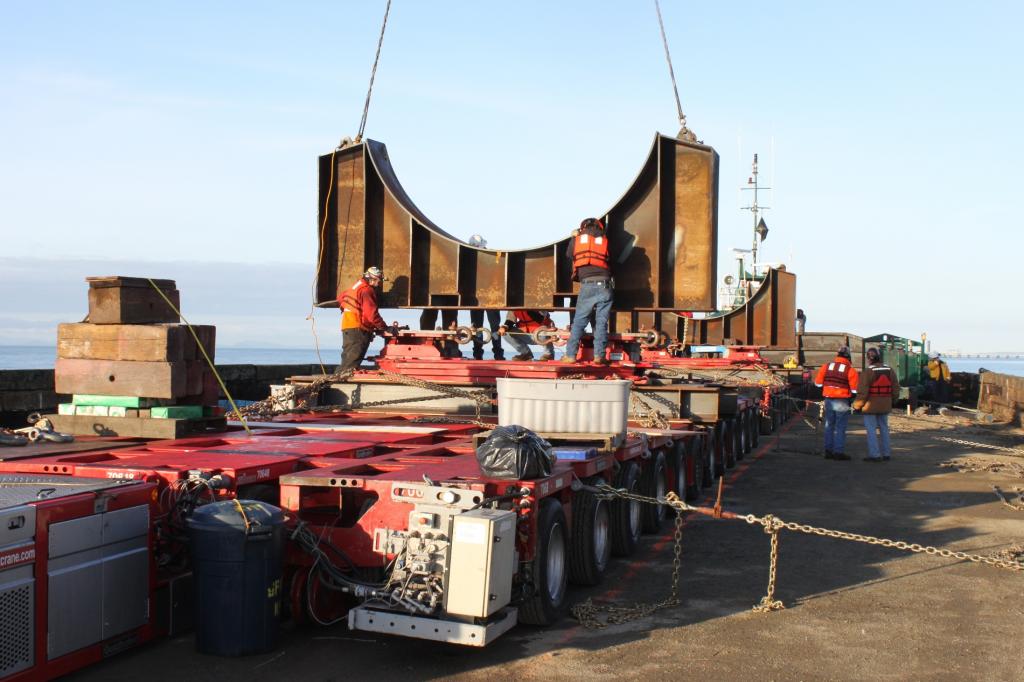 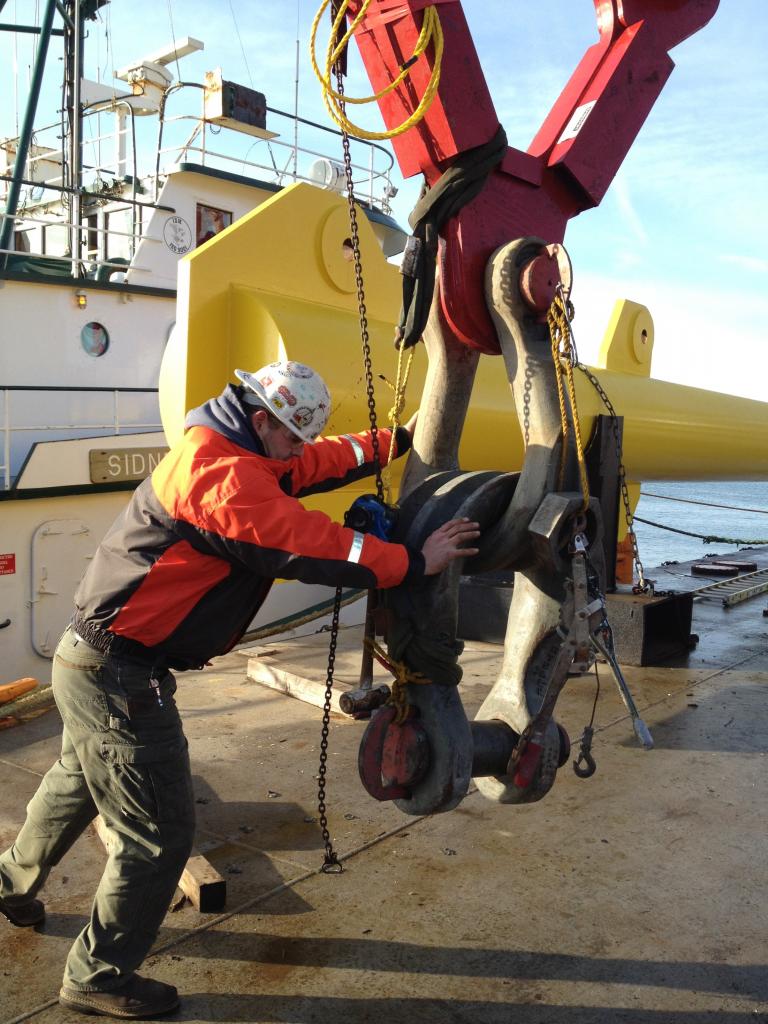 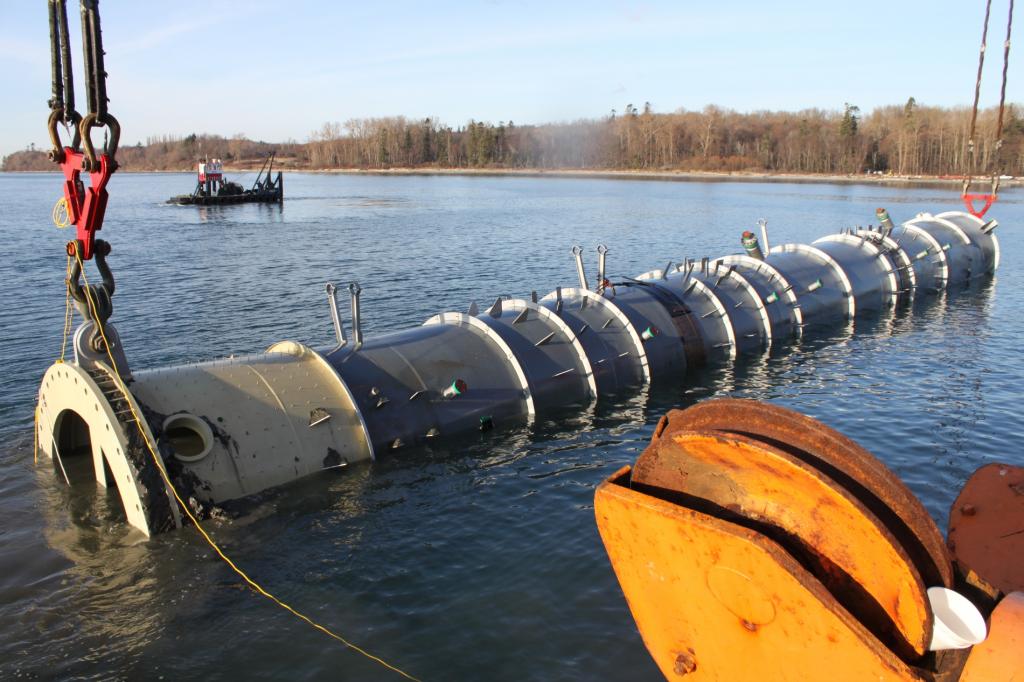 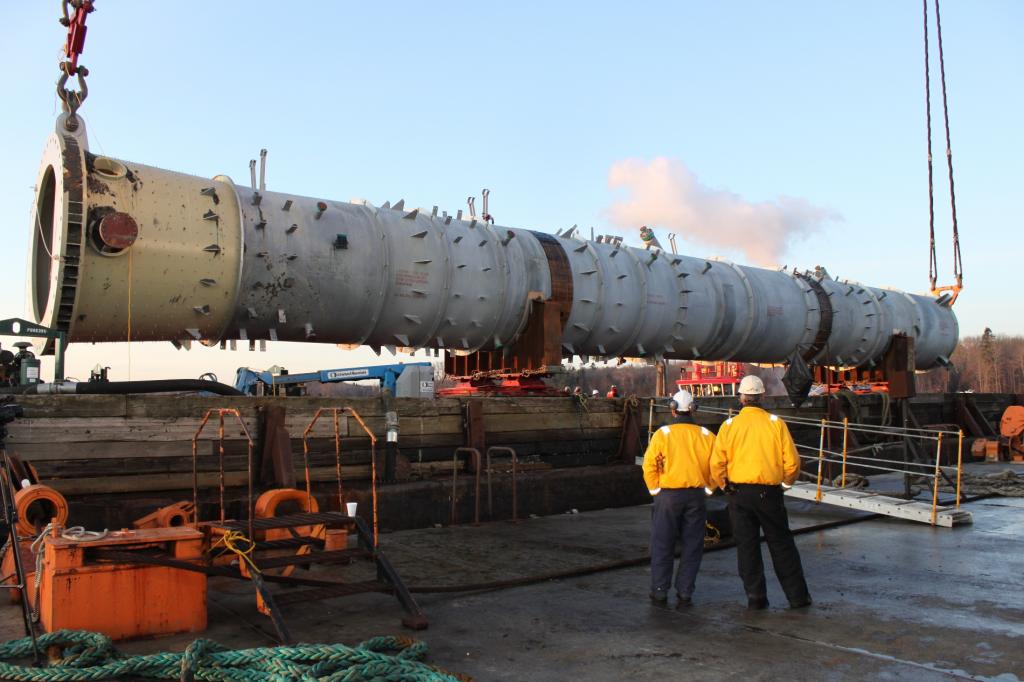 For Global, salvaging yachts, tugs and other sunken vessels is relatively standard. It’s not every day that we get a call to recover a hydrogen reactor.

On December 9th, 2011, a 485 ton, 140 foot long stainless steel hydrogen reactor vessel rolled off a barge into approximately 60 feet of water off Cherry Point, WA. The reactor is an integral piece of a refinery upgrade, assisting in the manufacture of low sulfur diesel fuel. The vessel was filled with nitrogen to prevent corrosion during transportation. One end of the reactor rested on the sea floor, with the other end just breaking the surface. Immediately after the incident, Global provided an ROV to inspect the reactor for damage and asses its orientation on bottom. It was determined that there was no structural damage.

Global was contracted to develop, implement and manage the salvage. Over the next two weeks, working closely with the engineers and the owner, a detailed salvage plan was developed. The team would safely lift the reactor from the water place it into cradles that were mounted to a transporter for offloading and movement to its final location. Two marine construction companies, General Construction and Manson Construction provided heavy lift derrick barges to lift the reactor and set it back onto the barge.

Divers were utilized to perform a thorough inspection of the structure as well as expose the lifting eye on the bottom edge of the vessel. When all of the plans had been approved and the required assets were in place, divers connected a 400 ton shackle to the lifting eye. The derrick barges, working in tandem at the direction of David DeVilbiss, Salvage Master for Global, lifted the reactor to the surface. It was raised out of the water, then the barge was positioned underneath and the reactor was set into the cradles on the transporter.