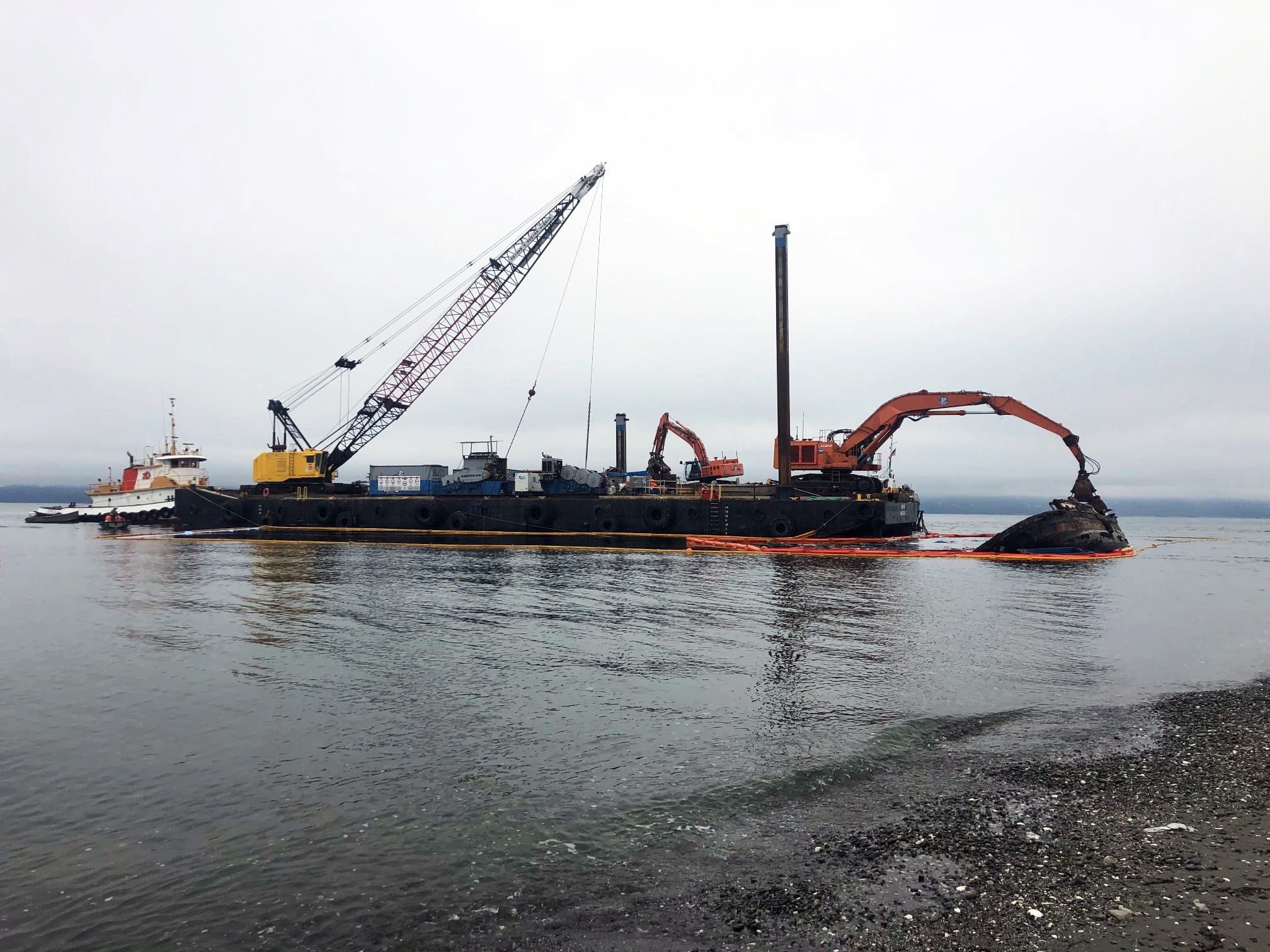 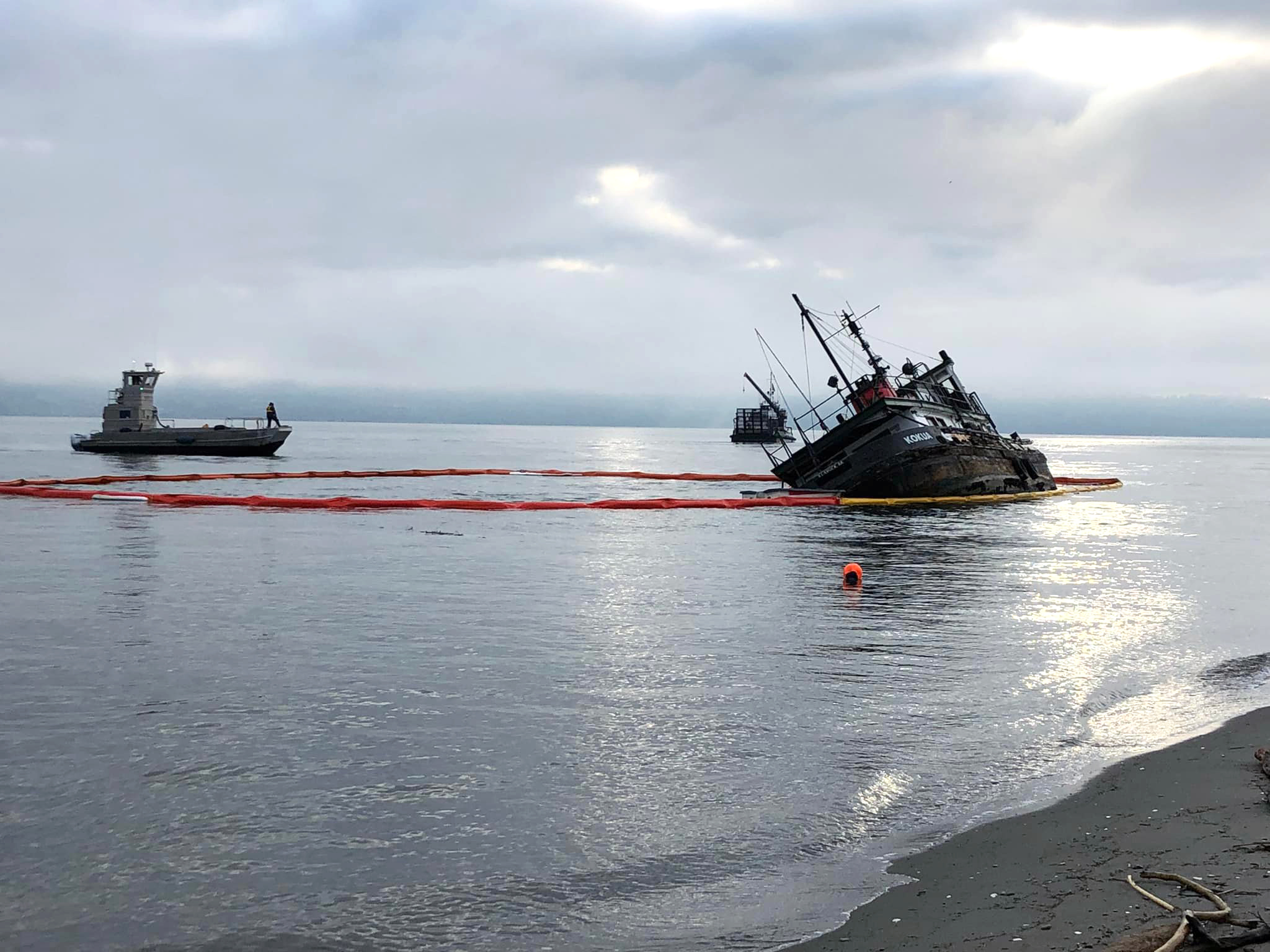 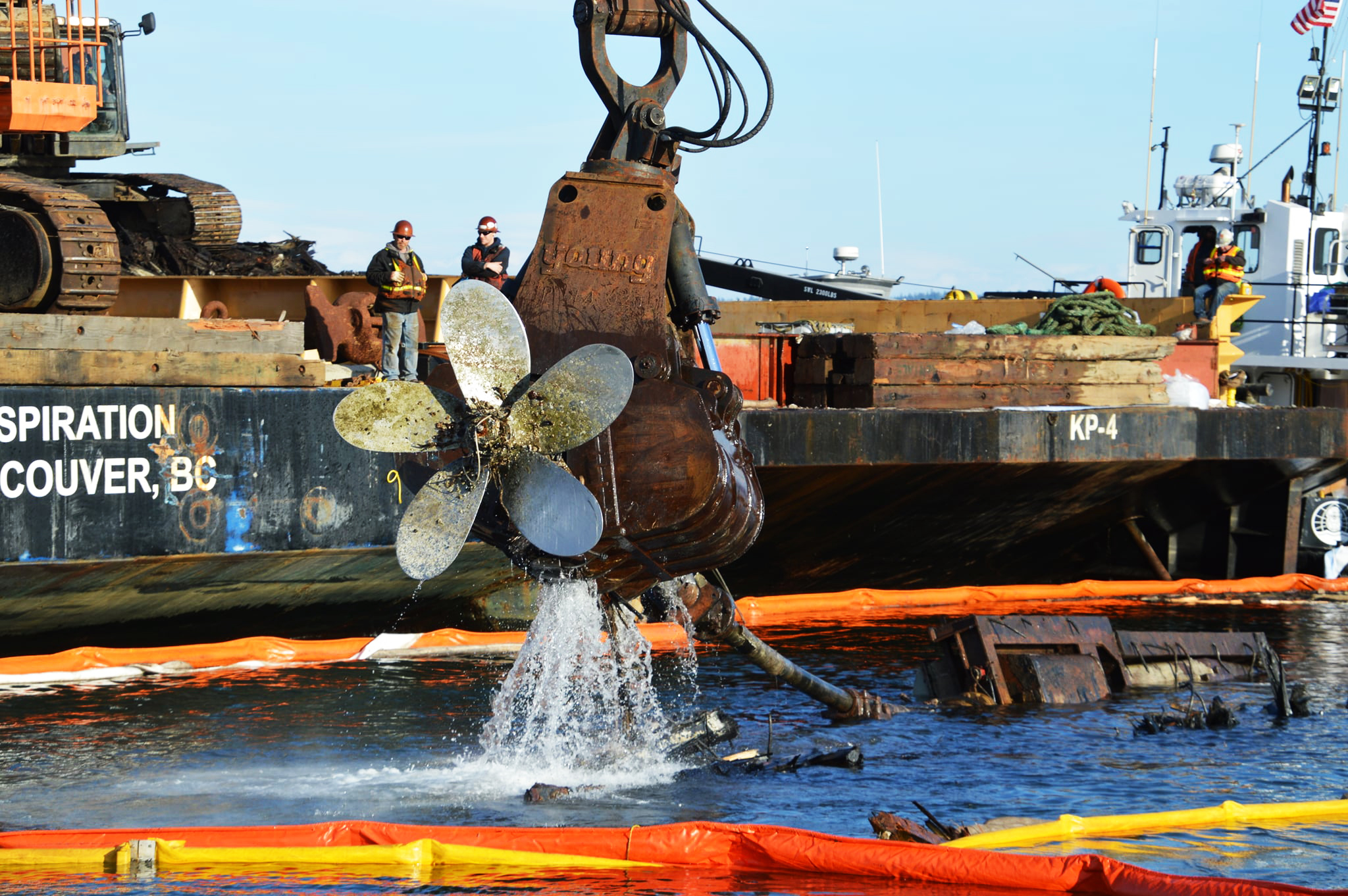 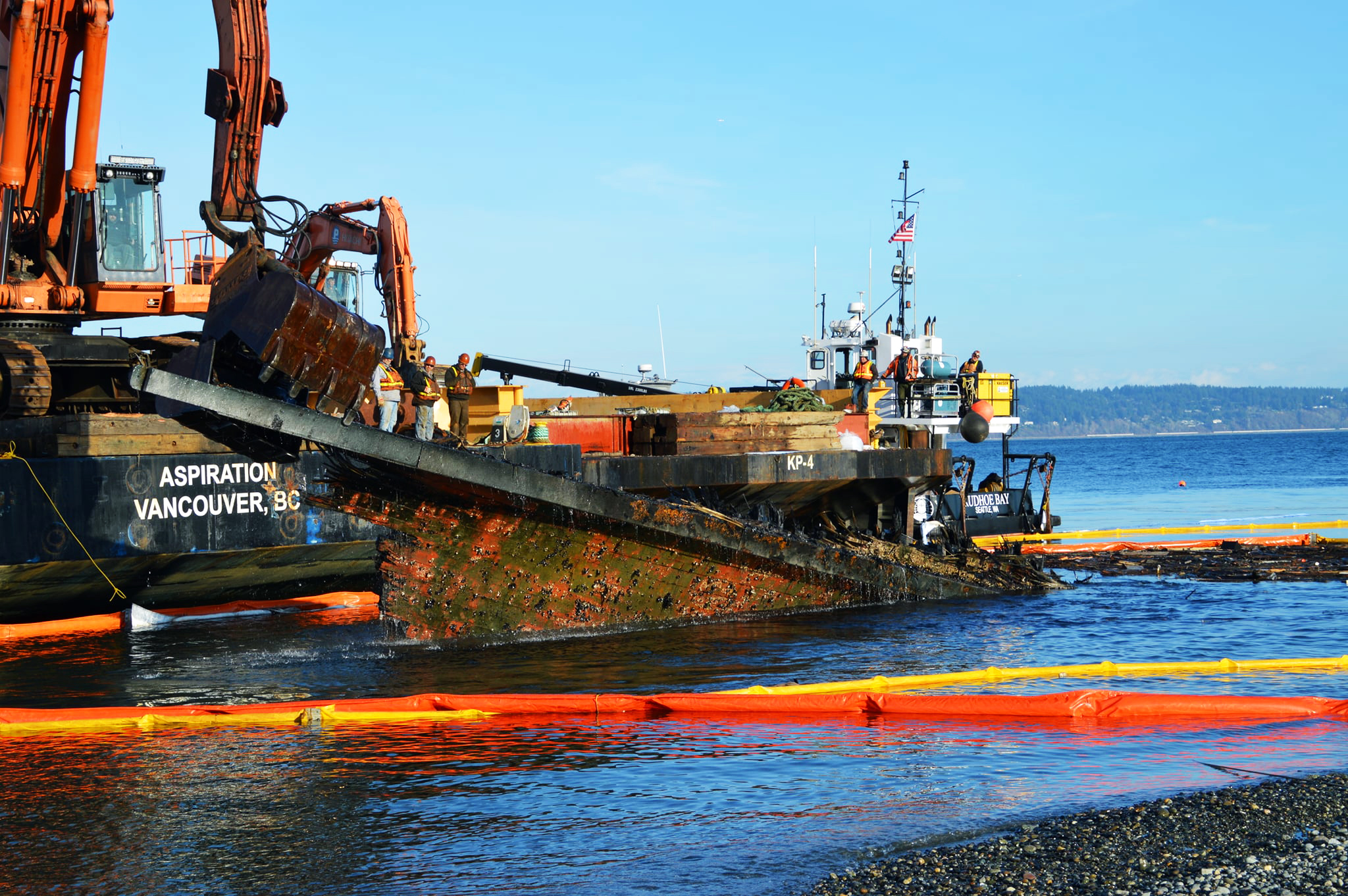 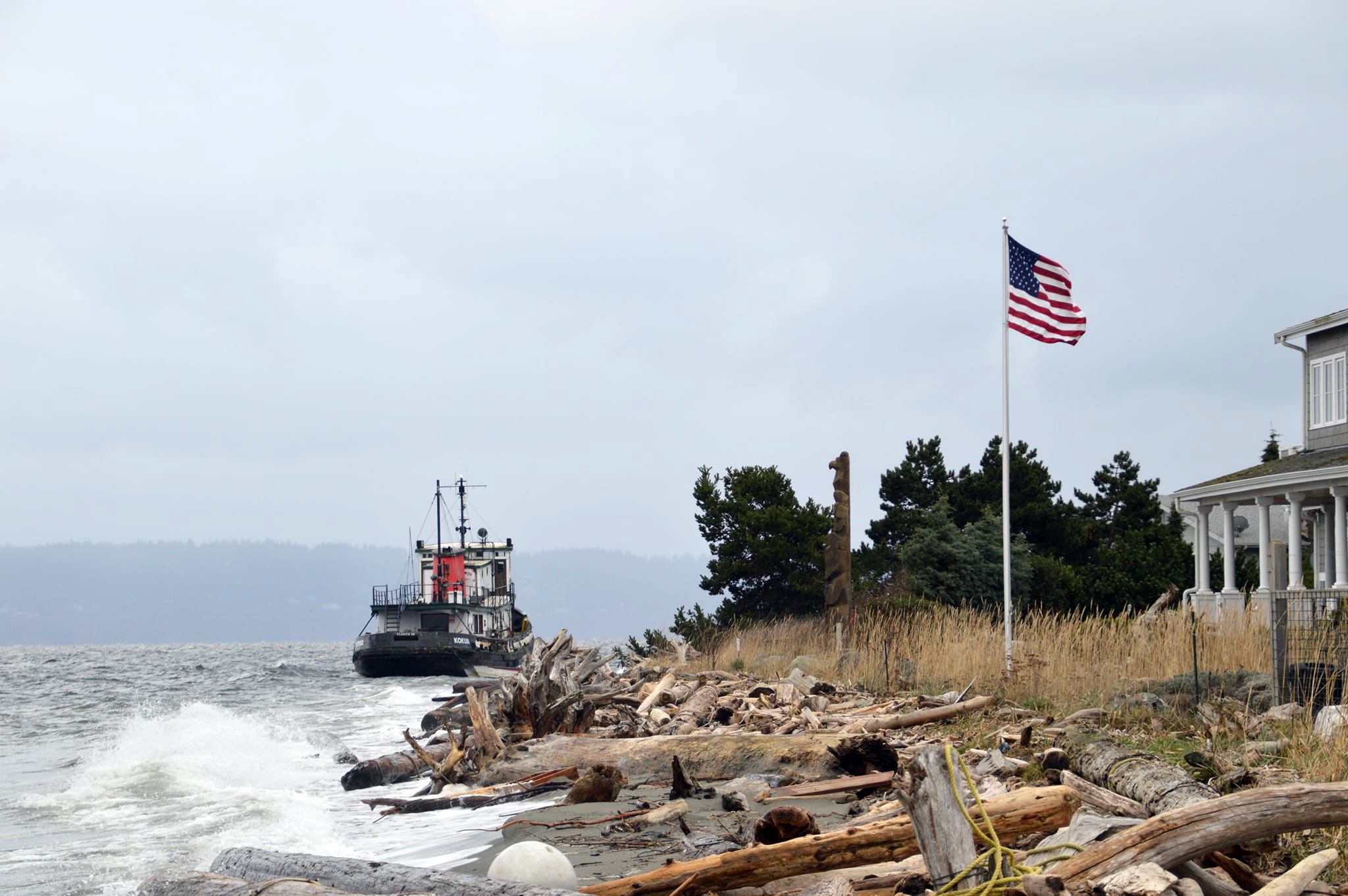 Global was hired under our state-wide emergency response contract to assess and address potential pollution release from tugboat vessel Kokua near Kingston, WA. Crews mobilized from Seattle over the course of a week working the tide to defuel the vessel and eliminate the potential possibility

of a spill.  After the initial pollution mitigation and response, Global was directed to find a solution to remove the 300+ ton vessel from the shoreline.  Working with Naval architects and local marine partners the decision was made to remove the vessel “in situ” with a clamshell and loaded onto a material barge. Emergency permits were secured, and the vessel was removed in 4 days. The waste is being profiled and will be offloaded at a marine terminal on the Duwamish River in Seattle.