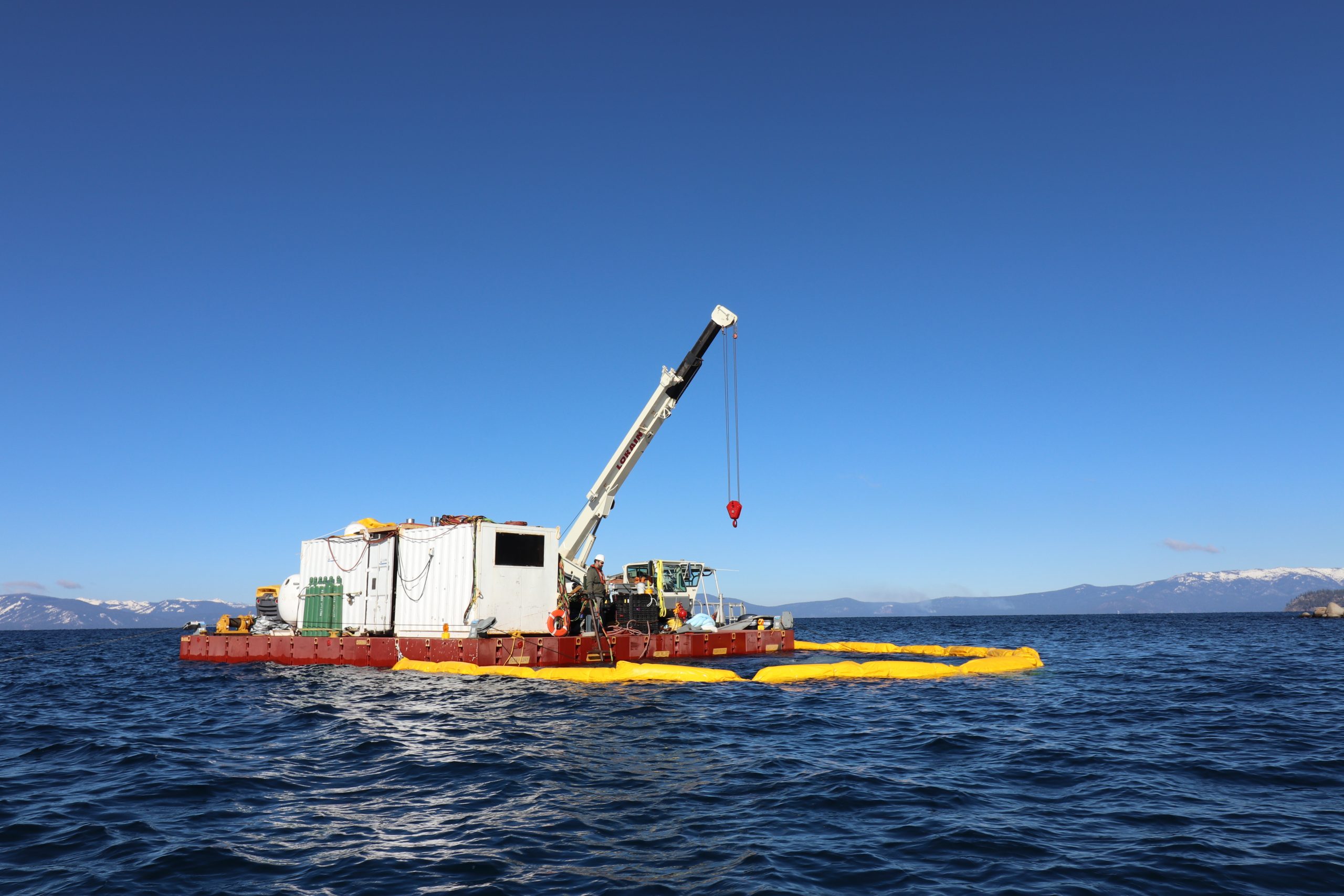 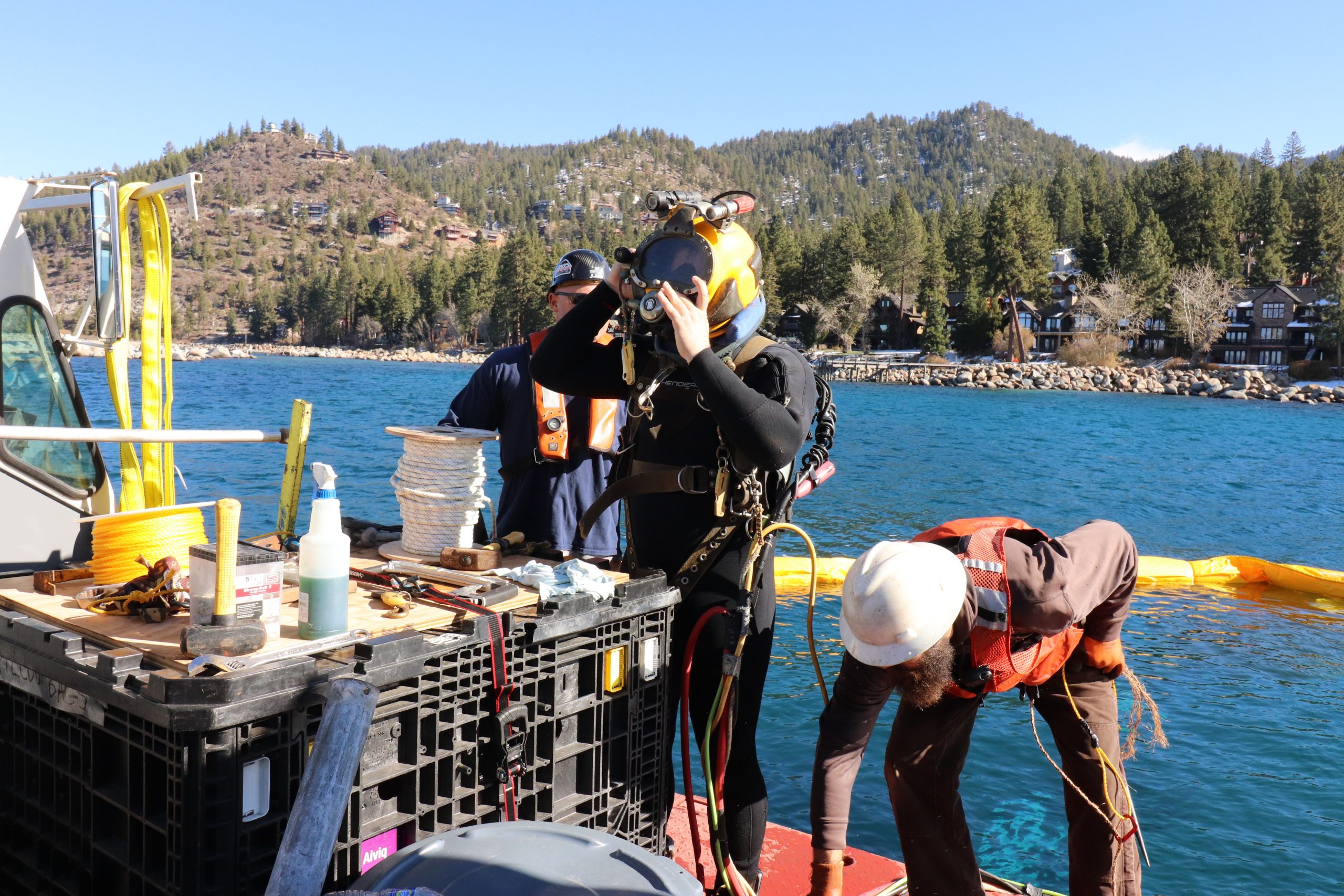 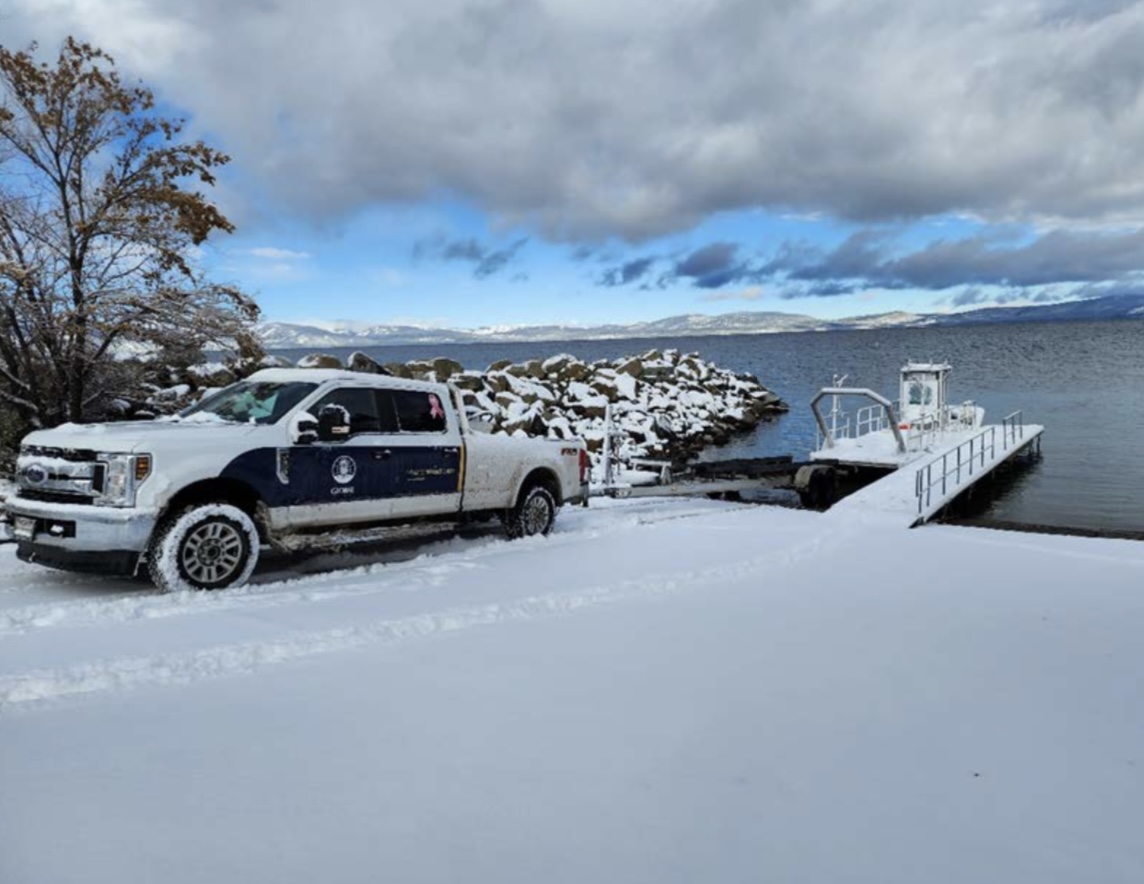 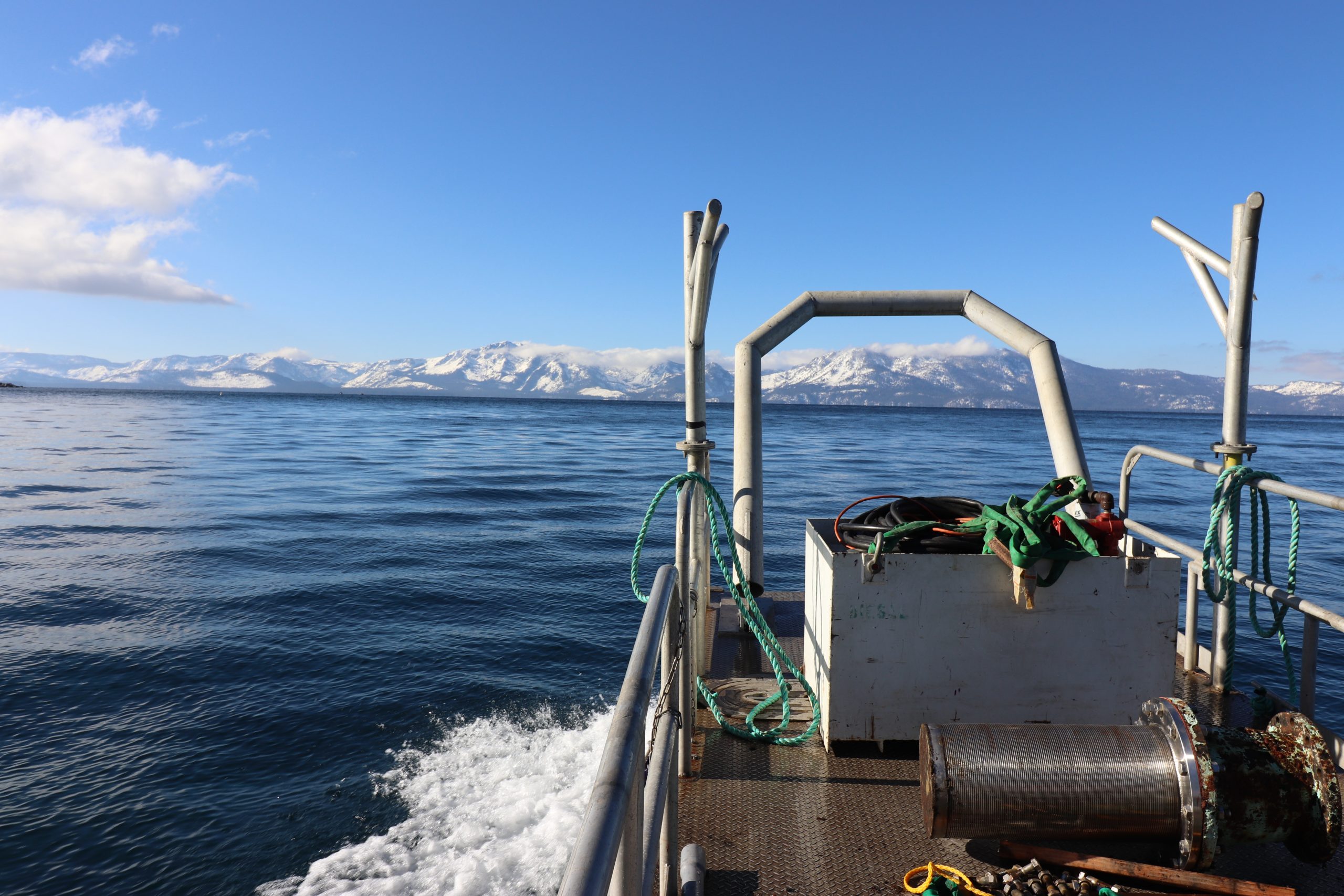 Global Diving & Salvage was hired to repair a lake intake system near Cave Rock on the Nevada side of Lake Tahoe. The old HDPE intake pipe was 25 years old and needed to be removed and replaced.

In preparation for the project, the dive operations barge and crane platform were placed on a four-point moor and anchors were utilized with enough range to travel across the work site as needed. Throughout the course of the project, the crew worked at varied diving depths and at an elevation of over 6000′; the crew began work at the shore and as the project progressed, they moved towards the central and deepest portion of the lake.

The team worked efficiently and safely, taking logistical factors into account such as snow, high winds, and waves on the lake. Throughout the course of this project, snow was common, so there were days the crew began their day by de-icing and shoveling snow from boats and other equipment on the barge.

To read more about this job, click the link below: