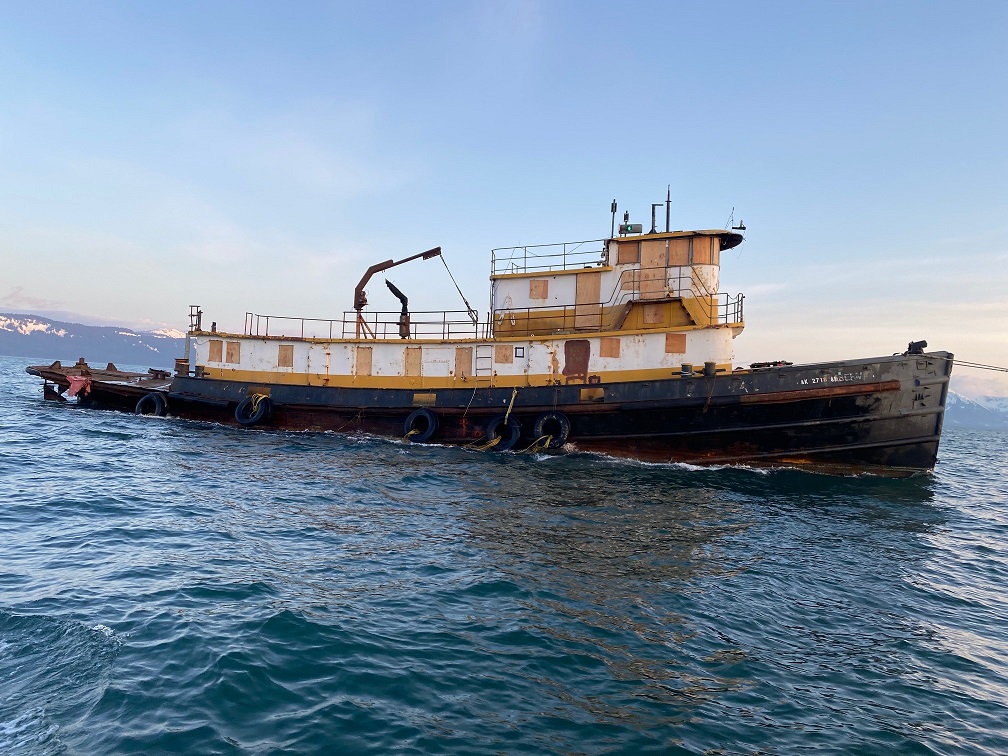 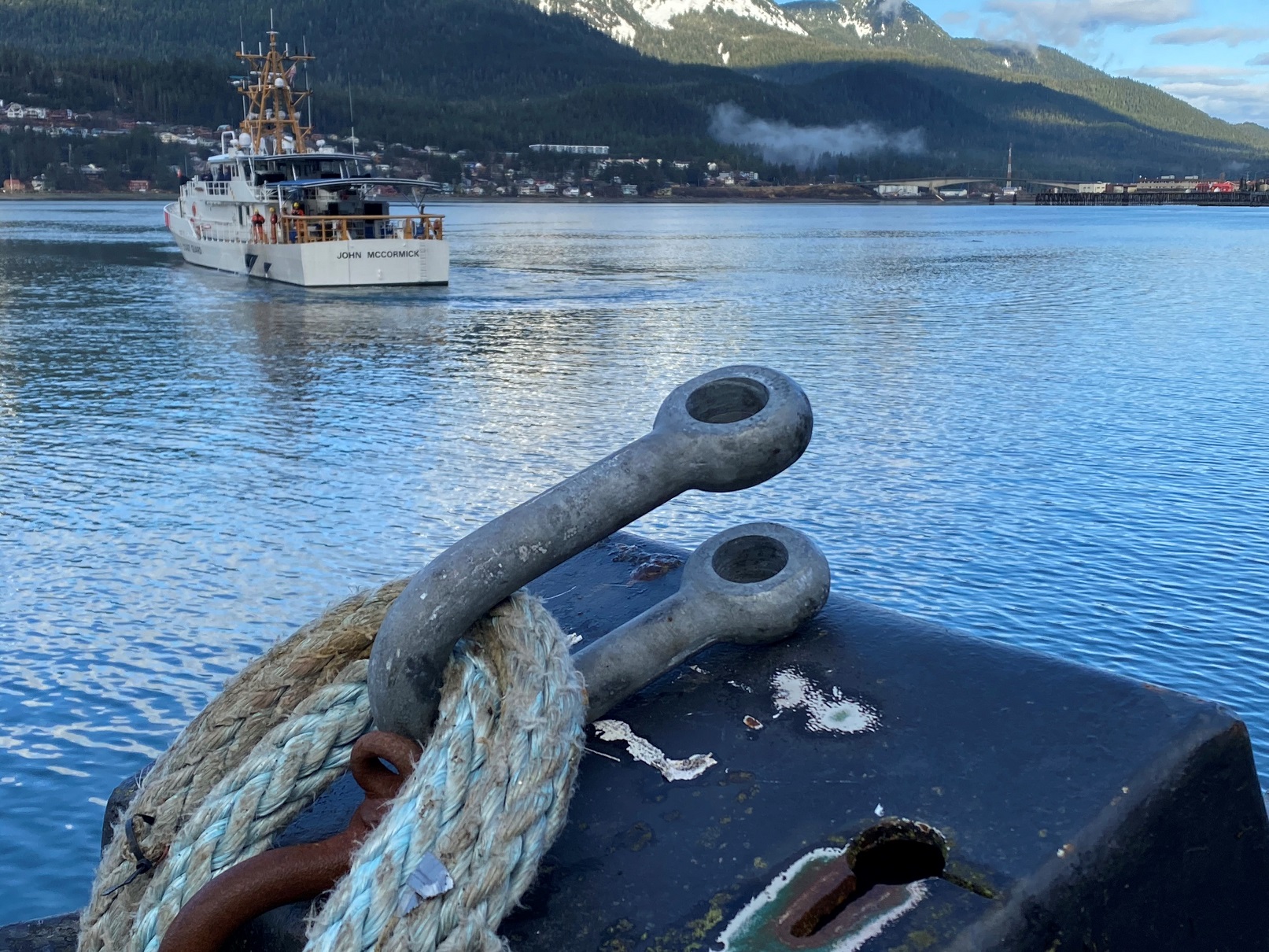 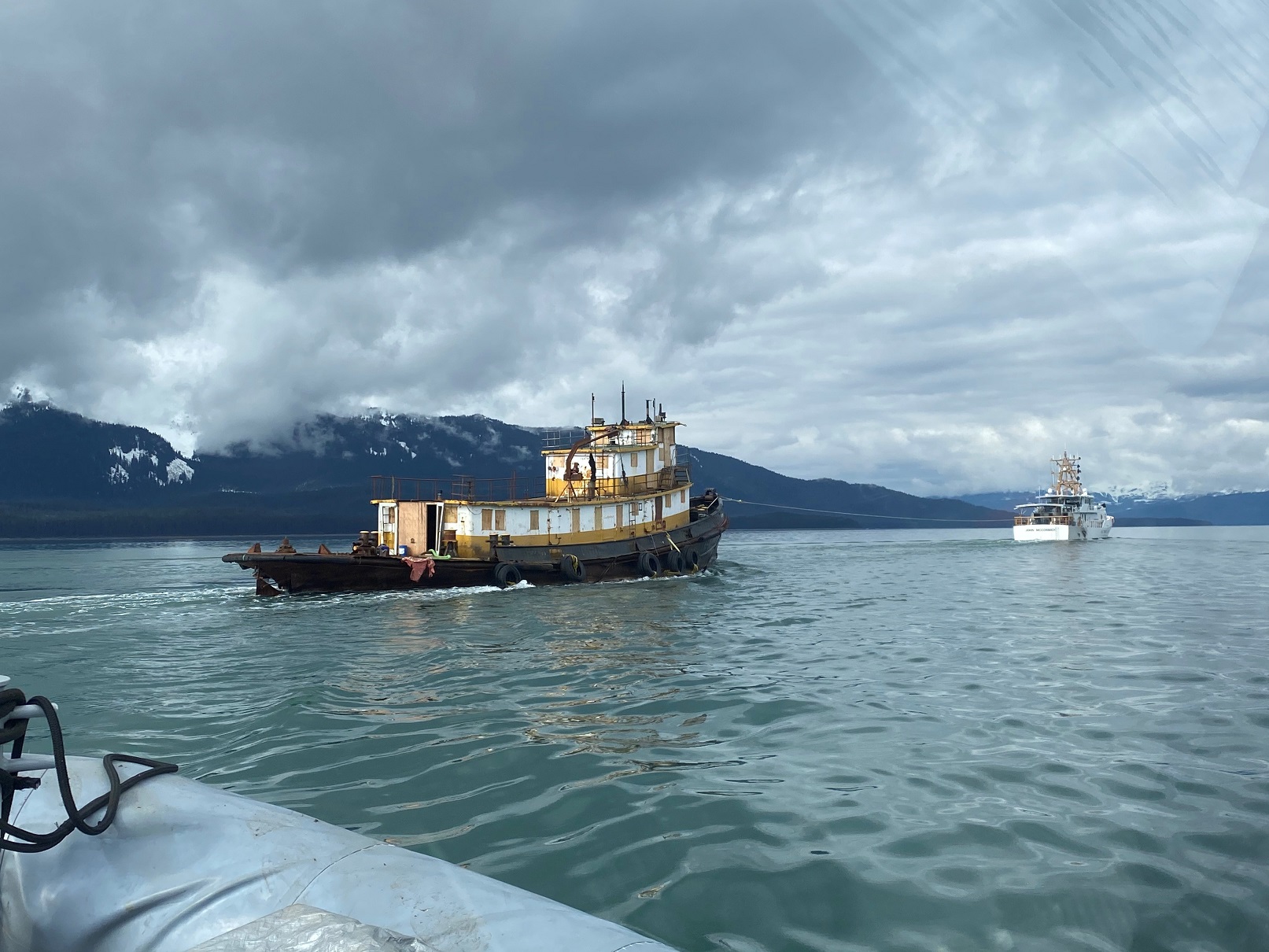 The M/V Lumberman, a 107’ steel hulled tugboat built in 1941, had a long commercial lifespan in the Pacific Northwest and Southern Alaska until being refitted as a private vessel in 1999. Sometime after 2006, the main engine was removed and the vessel was used as a floating lodge, quickly falling into disrepair. The Lumberman was anchored near Juneau, AK in the Gastineau Channel in 2016 and frequently used by transients with no responsible party claiming ownership.

To mitigate the threat of pollution from the moored vessel, the US Coast Guard ordered petroleum products removed from the derelict; Global provided the service under their BOA contract. In 2018, the Lumberman slipped its mooring and went adrift; a Global team added an anchor to secure it. Global crews again responded to the vessel in 2019 to pump out 7,500 gallons of water to right the vessel as it had become unstable due to rainwater ingress. The US Navy conducted a dive training exercise with the Lumberman in which they re-anchored it again and conducted a vessel survey. Later in 2019 the Lumberman slipped its anchor on a high tide and went to ground in state tidelands. With no agencies or responsible parties wanting to pay to remove and dispose of the vessel, the Lumberman remained in the tidelands until early 2020. In January 2020, after strong winds and a high tide caused it to drag anchor again, the Coast Guard ordered the vessel to be towed to the City of Juneau’s cruise ship dock over concerns that the large, drifting derelict could endanger public or private property.

Between 2020 and 2021, the City Harbor office worked to clear the remaining non-hazardous waste from the Lumberman, sending approximately 400 cubic yards of debris to the landfill. In 2020 the City acquired a permit for disposal of the vessel at sea and engaged Global to provide a scuttling plan to meet the permit. As part of the scuttling plan, a Global crew conducted an environmental survey, removing and disposing of all remaining hazardous waste from the vessel. To meet permitting requirements, the Global crew also removed all pollution liabilities and hydrocarbons from the vessel, including the draining and flushing of the fuel oil system, lube oil system, hydraulic oil system, and bilge and slop tanks.

Once all pollutants were removed, a locked handle that extended down through the engine room and up through main deck was installed on the Lumberman allowing water to flood the vessel’s seachest valve. Once the vessel was in position at the designated scuttling site, the valves would be opened from above deck, allowing the vessel to quickly and safely flood.  Scuttling preparations were completed in the late summer of 2020, but due to approaching fall and winter storms the tow was postponed until Spring 2021 to ensure the safest operating window.

After the threat of winter storms had passed, a deadship tow plan was filed with the Coast Guard and approved and the crews and assets were mobilized. Global’s crewmembers cut the chain locking the seachest valve closed so it could be opened to flood the vessel once they reached the designated location. They also installed two pumps onboard the Lumberman for emergency dewatering; since the vessel hadn’t moved in years, there was some concern over water ingress during the lengthy 120 mile journey from Juneau to the scuttle site.

The Coast Guard Juneau Sector provided the towing vessel, the 154’ USCGC John McCormick. With the Lumberman’s tow bridle hooked up to the McCormick’s tow line, the vessels were underway at 8am on May 1st, 2021, towing the vessel from the Juneau harbor to the scuttling site, 52 miles offshore from the entrance to Icy Straits on the North Pacific, at a water depth of +8,000 ft. The Global team followed the two vessels in a smaller workboat, ready to respond to any water ingress or mishaps during the tow. Towing the vessel at a low speed, the crew reached the scuttle site Sunday at 2pm.

Once at the designated scuttle location, two Global crewmembers boarded the Lumberman and removed the dewatering pumps. With one crewmember positioned above the engine room the valve was opened, and water began flooding the lower compartments of the Lumberman. The team disconnected the tow bridle from the cutter and returned to the workboat, and the Lumberman began to sink. With the vessel sinking more slowly than anticipated, as a planned contingency the Global crew called on the USCG to assist in order to prevent the Lumberman from drifting too far off target. As the Lumberman’s stern sank pointing the bow skyward, the USCG received approval to fire on the vessel and with the all clear given, they targeted the bow with their deck gun. The bow of the Lumberman went under at 3:01. The Global crew picked up a few pieces of wood and debris that floated to surface at the scuttle site; with the site cleared the USCG and Global crews departed to return to Juneau.