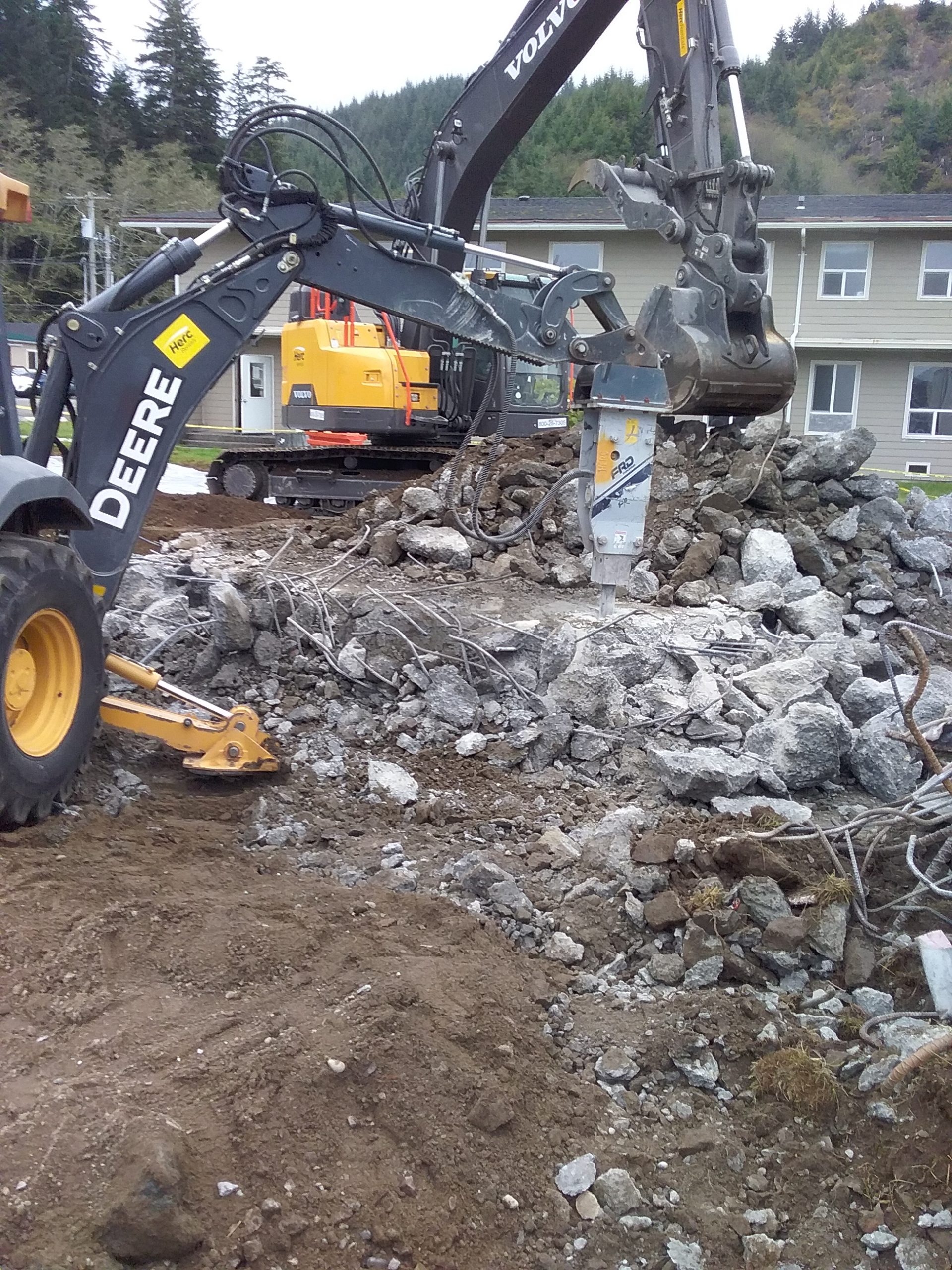 The Makah Tribe received DOD grant funding to remove and remediate remnants of former military installations in Neah Bay, the Tribal Center, and on Tatoosh and Wa’adah Islands. Global was contracted as prime contractor to perform the work, marking another successful project conducted in partnership with the Makah where Global has performed similar environmental restoration work since 2009.

On Tatoosh Island, crews removed debris and supported investigative drilling operations for soil contaminants; on Wa’adah Island, the team removed asbestos-wrapped wire cable. The island work required conducting helicopter operations to transport excavators and a drilling rig. The logistical challenges of safely transporting personnel and heavy equipment to the Islands was significant, but costs were kept minimal with well-planned lifts and work-flow.

In Neah Bay, the team remediated and deconstructed facilities at the former Navy Lifeboat Station. The Tribal Center is located at the former Air Force Cantonment; there a disused steam-plant at the complex had a deteriorating 60’ tall brick stack that had become hazardous. The entire plant was demolished, including removal of a petroleum storage tank and petroleum-impacted soil. The 60’ stack required the use of a crane and wrecking ball as well as excavator work in order to carefully drop the structure within its own footprint.

A range of specialty subcontractors were used for helicopter and crane support, abatement, transport and disposal. Working closely with the Makah, local labor and subcontractors were utilized to the maximum extent possible in order to keep grant funding within the community. The remediation work took place during the COVID-19 pandemic, so strict precautions were taken to avoid introducing the virus to the reservation. Global performed the work significantly under budget, allowing the Makah to use funding for additional remediation and environmental restoration priorities in 2021.