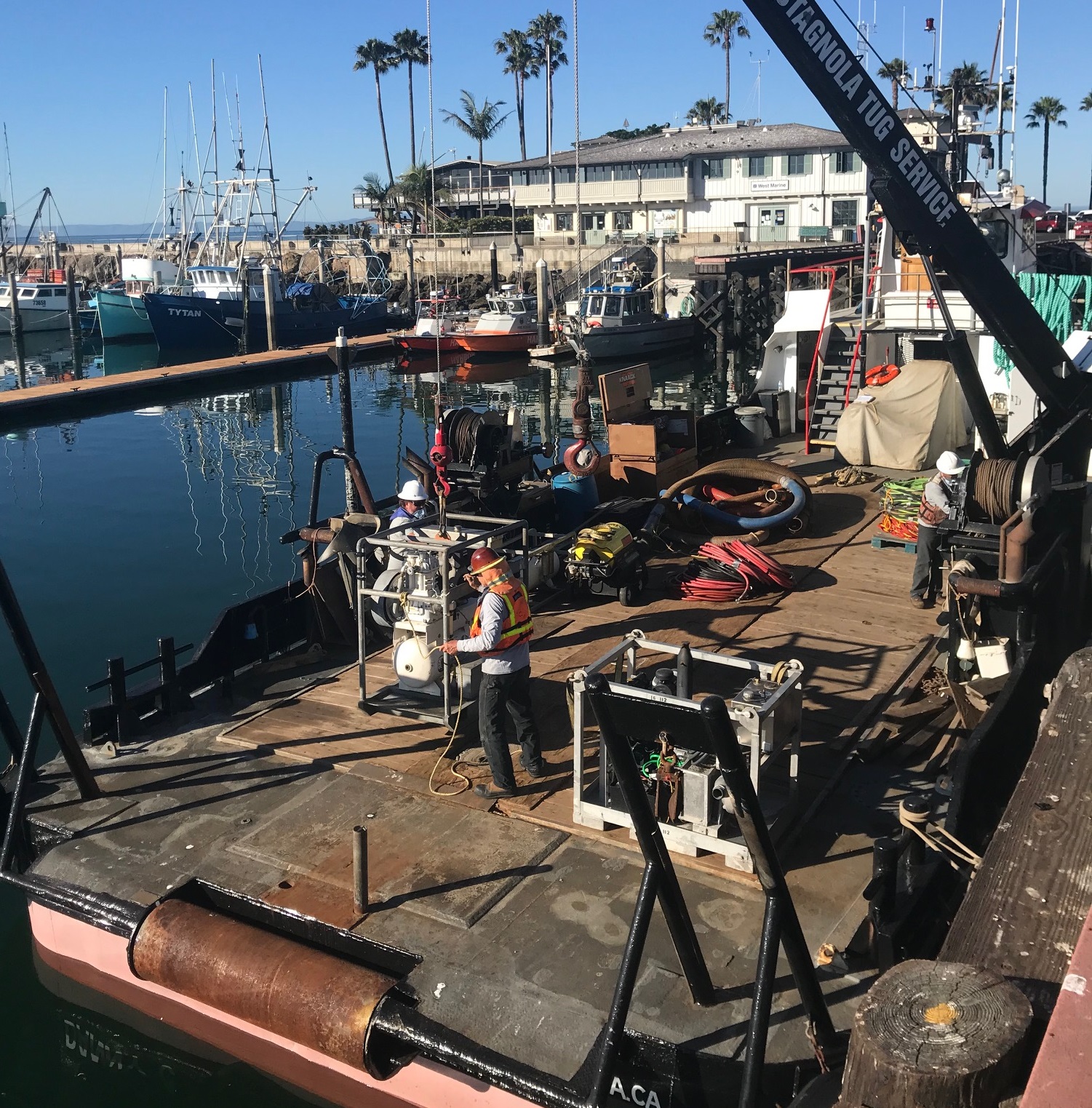 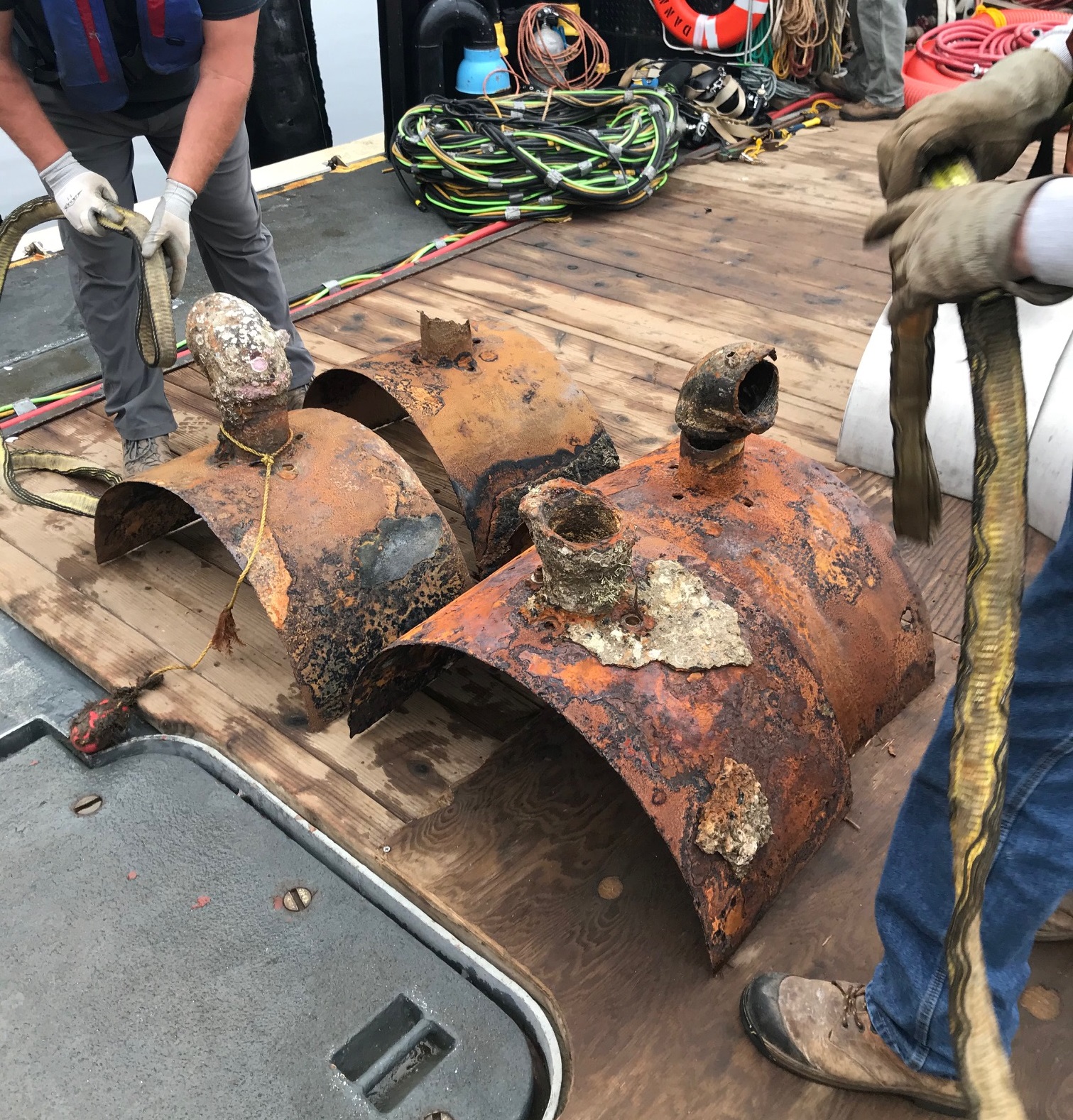 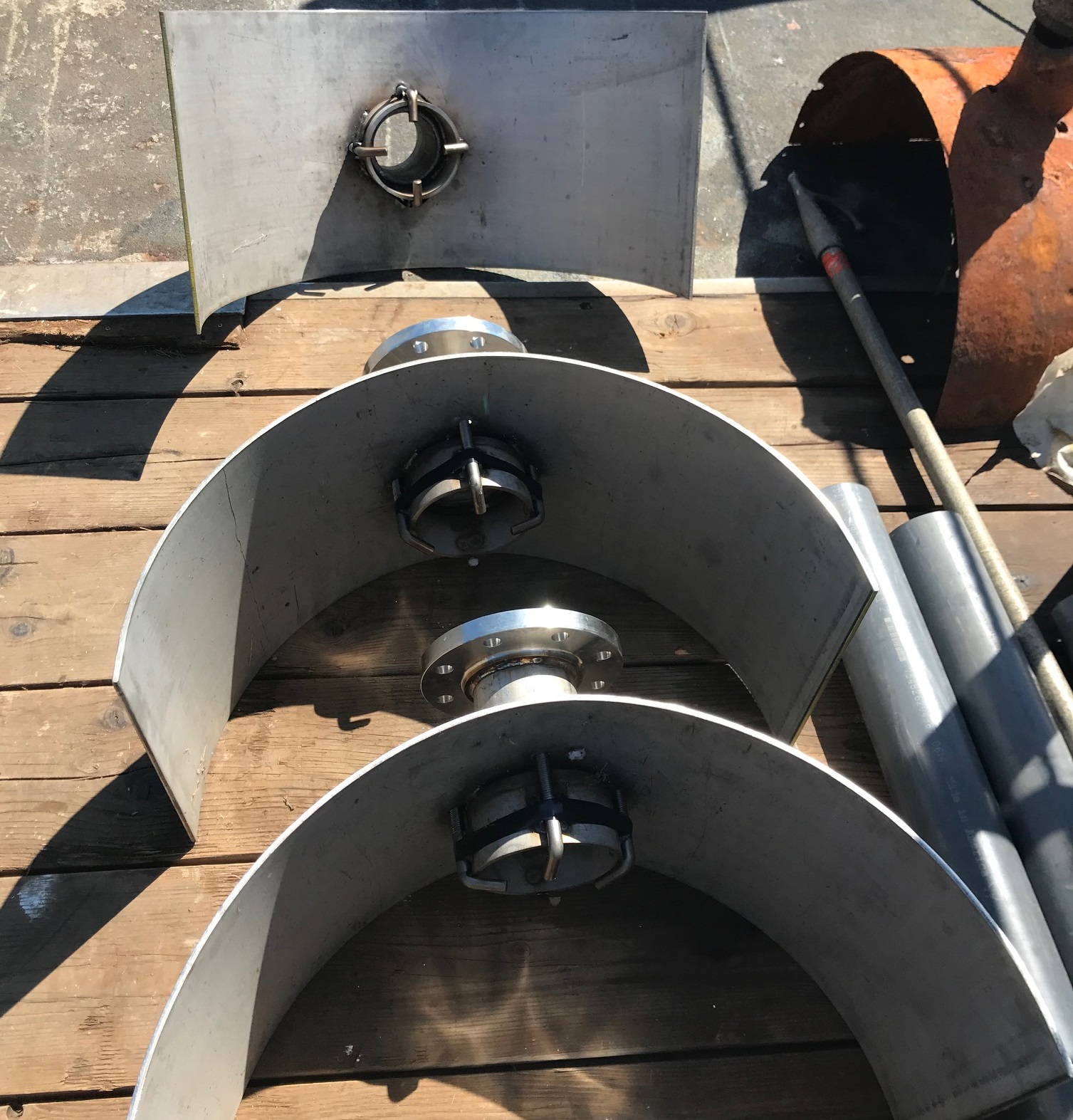 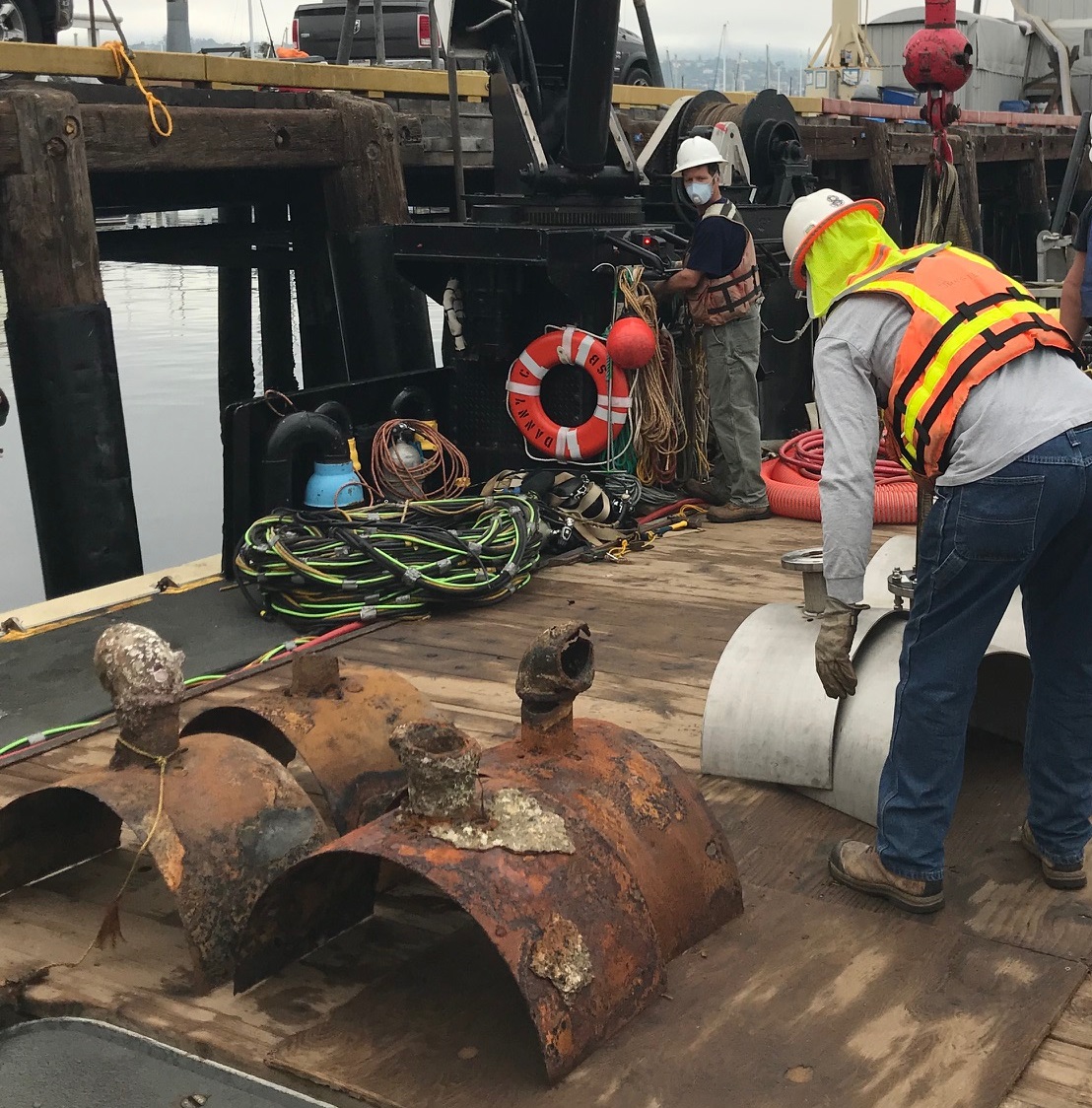 Global was contracted to restore the Carpinteria Sanitary District’s marine outfall diffuser section to full operational capacity after diffusers were found to be damaged, missing discharge elbows, and buried below sand line. The bottom topography had changed during recent winter weather events, resulting in several feet of sand and rock deposits covering the diffuser section and filling the interior of the pipeline; an inspection in early February 2020 found only the most inshore diffusers discharging effluent. The scope of work included exposing the diffuser section by side casting bottom material, removing all 16 steel diffuser saddles, clearing all material inside the pipe, and installing new District-provided stainless steel diffuser saddles with PVC risers and Tideflex check valves. The project was successfully completed over a two-week time period.

Global’s Southern California team mobilized a dive station, supplies and other equipment onto the work vessel Danny C. The 4-person dive team used surface-supplied air to complete the repairs; most dives took place in ~20 fsw. Starting at the inshore diffuser, the divers excavated the pipe over a minimum distance of three diffuser ports and removed the remnants of the existing saddles. The 5” suction eductor was then inserted through the open ports to extract the material inside the pipe. Since some compacted material remained out of reach between the ports, a “jet wand” was inserted into the pipe at an adjacent inshore diffuser, directing any remaining sand and gravel toward the eductor offshore. A small drop camera was inserted into the pipeline to confirm the pipe was completely clear before new diffuser assemblies were installed.

The new stainless steel diffuser assemblies were then installed using stainless steel “el” bolts. The original scope called for each port opening to be sealed with Splash Zone epoxy, but the restored effluent flow and strong surge from overhead waves in the shallow water caused the epoxy to lift or be displaced. To resolve this, the team procured ½” thick closed-cell neoprene to fit around the diffuser nipple between the new saddle plate and pipeline. With the new saddle installed, epoxy was applied to minor gaps as a redundant barrier. Finally, PVC risers were installed to the saddle flanges and completed with the Tideflex check valves.

The diffuser end’s original slide gate was replaced in 2006 by a 32” OD HDPE pipe with fused end cap held in place with a steel split clamp. The 2020 work scope called for the installation of a Tideflex check valve over the 4” opening; however when the area was excavated it was discovered the end cap lay over the existing pipe saddle; the steel split clamp was also significantly corroded. Per the owner’s instructions, the team removed the end cap to demolish the old diffuser. While on the surface, the end cap was cleaned and a Tideflex check valve through-bolted over the open diffuser port. The District was able to refurbish the split clamp to a serviceable condition, and it was re-installed with the end cap.

At the client’s request, an additional inspection of ~230 feet of the outfall inshore of the first diffuser was also conducted. The project was completed safely and to the client’s satisfaction.