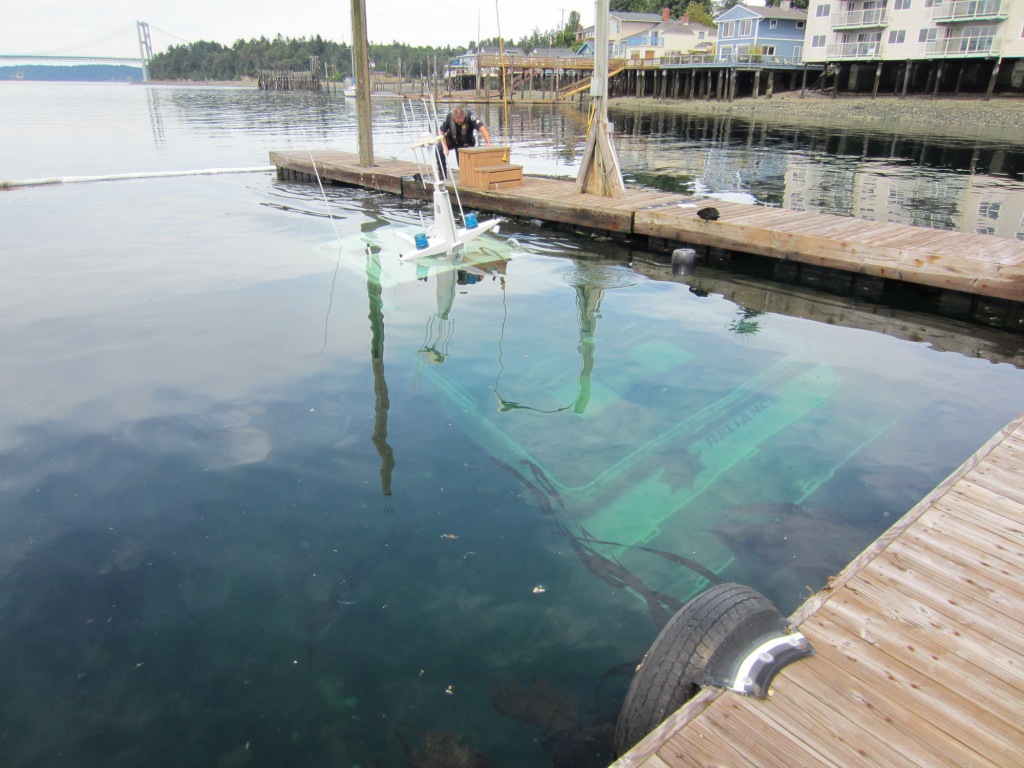 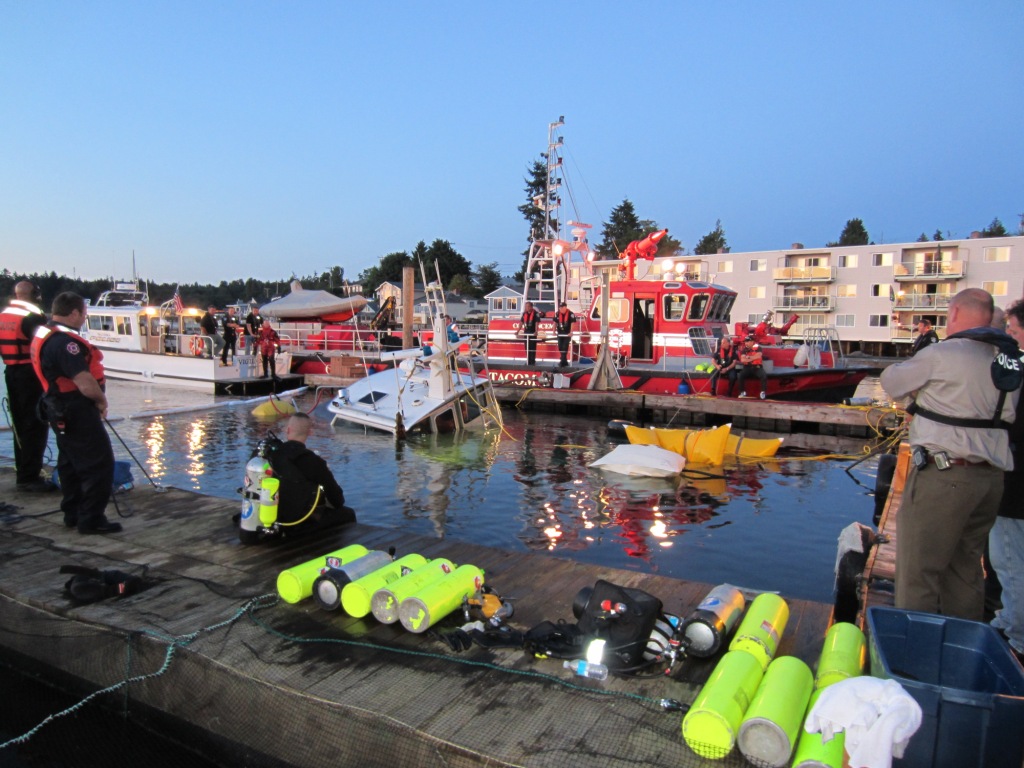 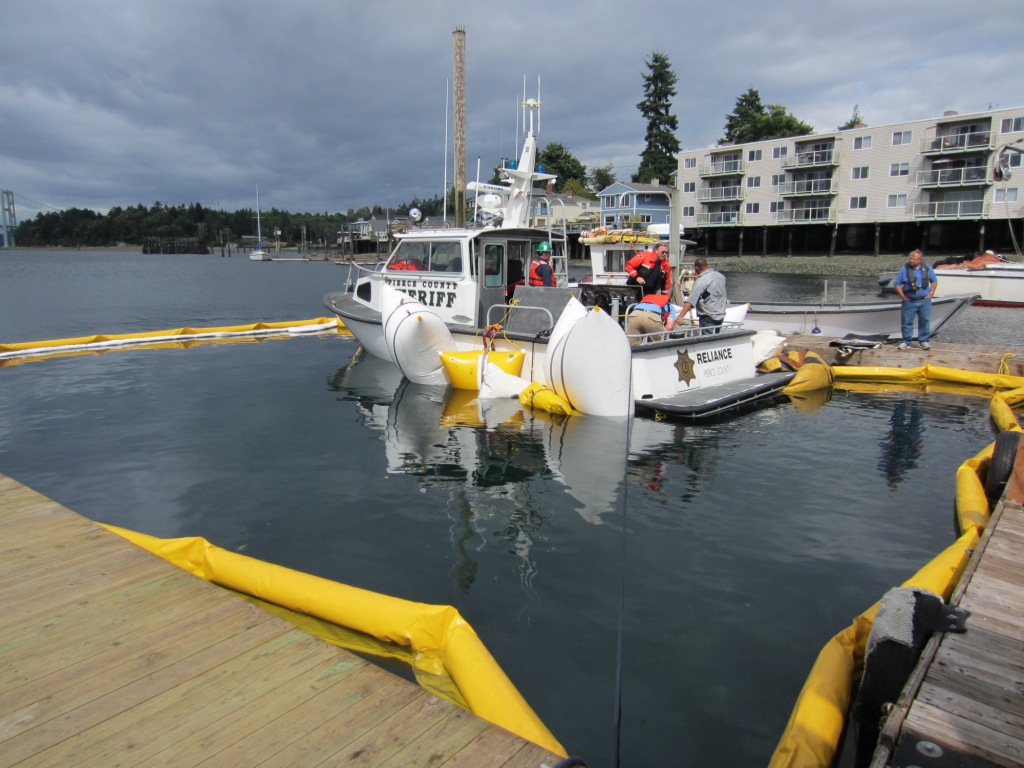 As is often the case, outside agencies and private industry were also a part of the recovery operation. Special thanks is given to Doug Stolz, a specialist on the Washington State Department of Ecology’s Spill Response team. Given the over 150 gallons of fuel and oil on the vessel, his input and guidance were invaluable in helping protect the environment in what could have potentially been a harmful mess. Credit also must be given to the Tacoma Police Department and the Tacoma Fire Department for their assistance in providing containment booms as well as the Seattle-based Coast Guard crew for their oversight and direction in protecting against ecological risks.

Genes Towing worked diligently with Sheriff’s dive team members in providing any equipment and service requested throughout the recovery process. Randy Baron, dive operations manager for Global Diving and Salvage, Inc., expertly directed his crew in the ultimate recovery of the vessel. Their expertise ensured that the vessel was not only raised safely, but also without any significant leaking of contaminants.