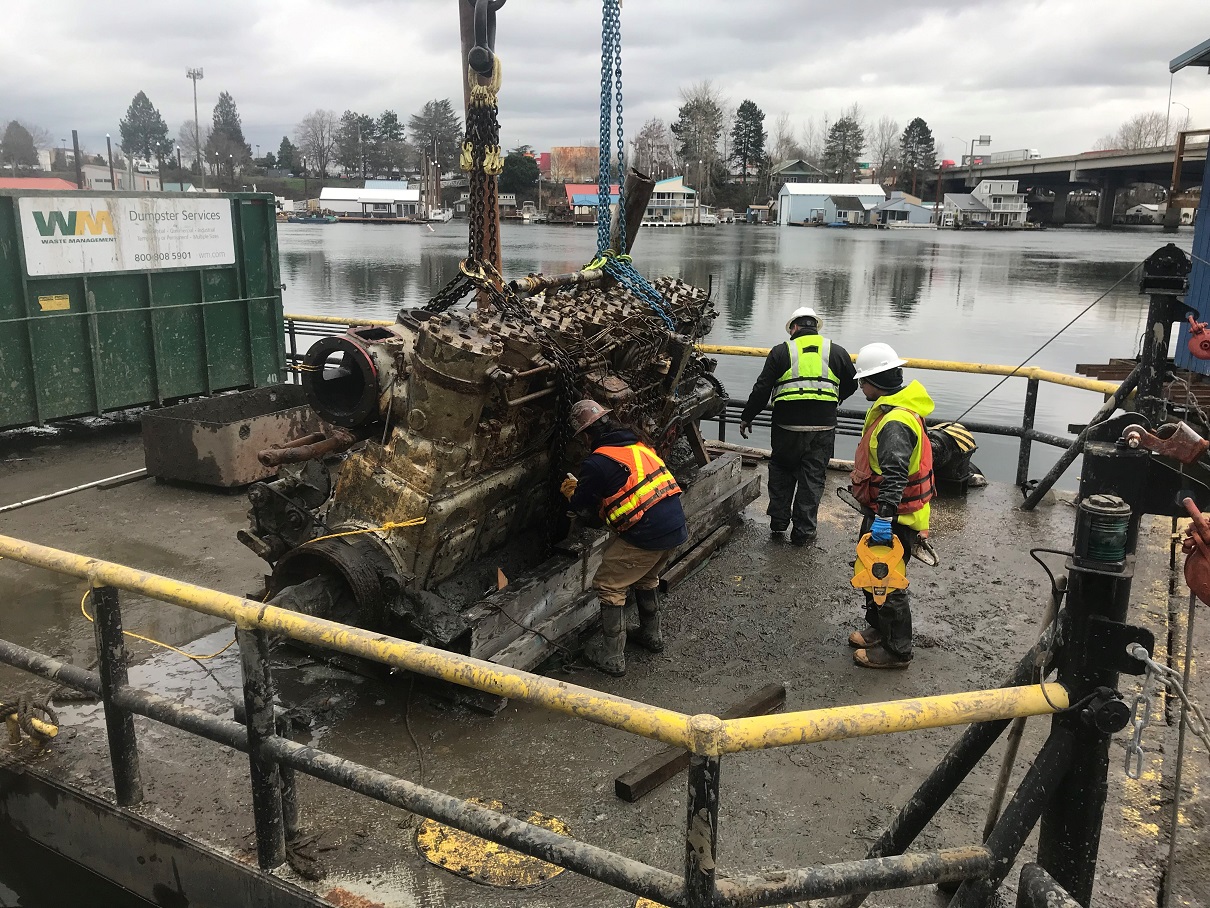 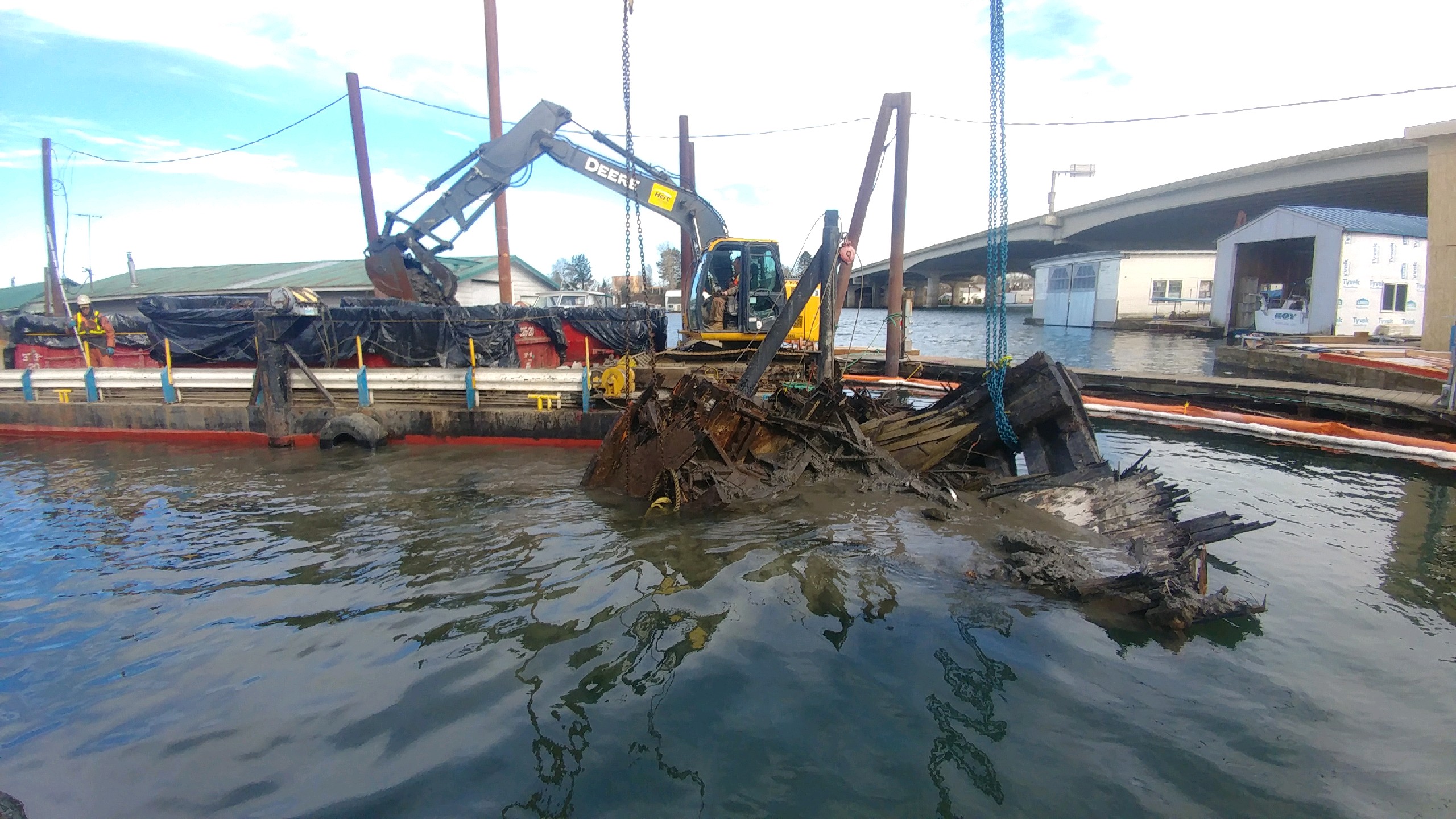 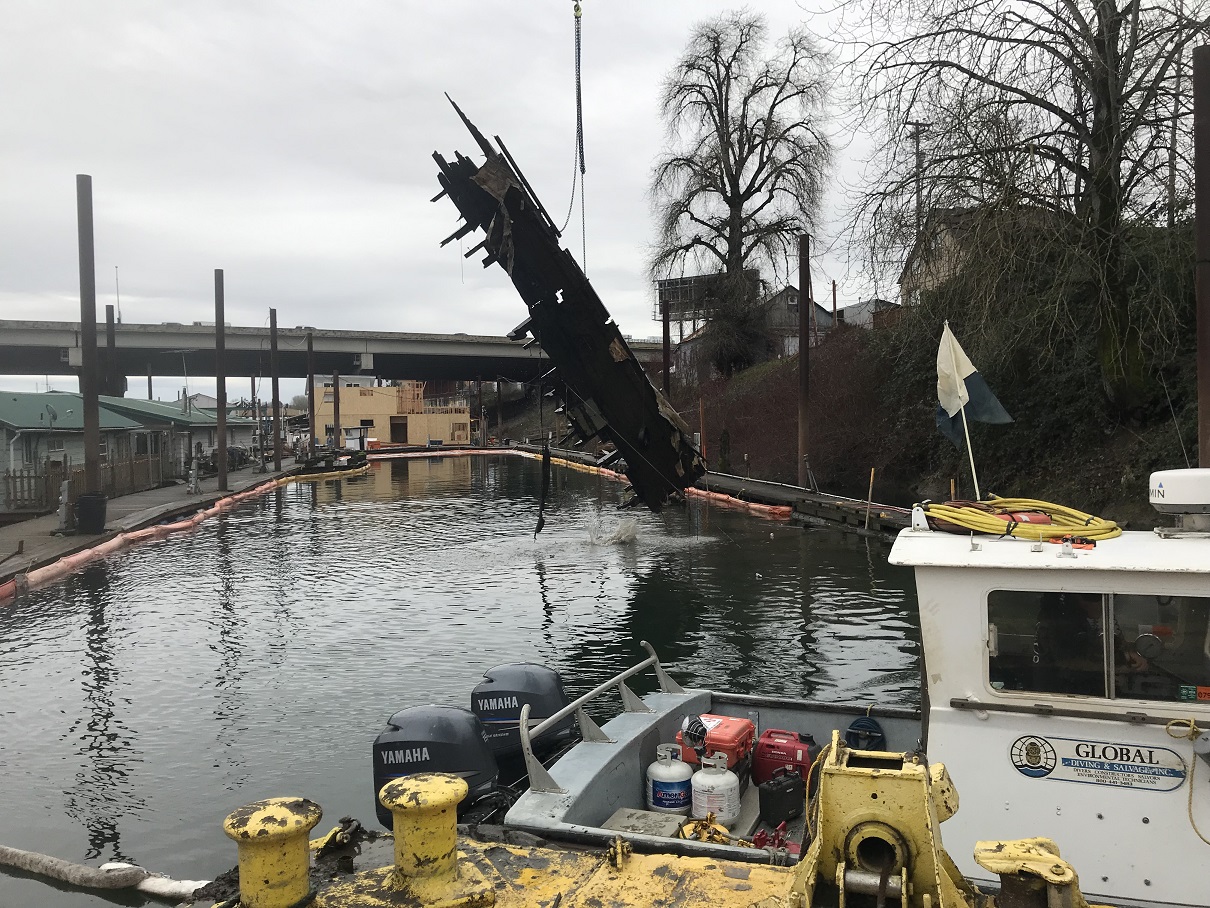 Global was contracted to remove two large derelict wooden vessels that had sunk at a marina on the Columbia River in of Portland, OR. The first was Valiant, an 88’ wooden tug, the second was the 58’ long E.B. Schley. Both hulls were too deteriorated to be lifted in one piece, and the position of the vessels in the marina did not allow for a large on-water asset required for such heavy lifts. For the vessel removal, crews utilized a derrick barge with a clamshell to remove the engines, tanks, hull sections and other debris, taking care not to disturb the river bottom or release pieces of debris into the current. The team used an excavator on a deck barge to remove smaller material; they also used the excavator to break down and separate the debris for proper disposal or recycling. More than 250 tons of wood debris and scrap metal were removed from the site. After the removal was completed, divers performed a thorough survey of the river bottom to ensure no vessel debris remained.