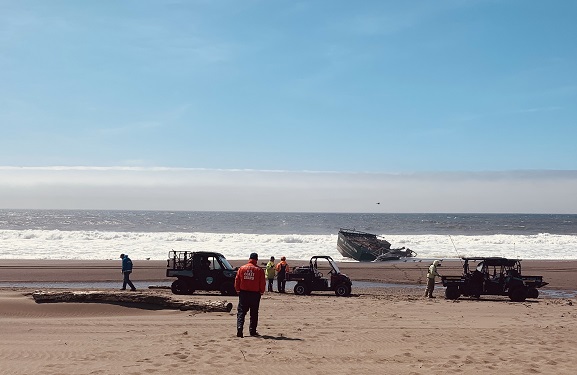 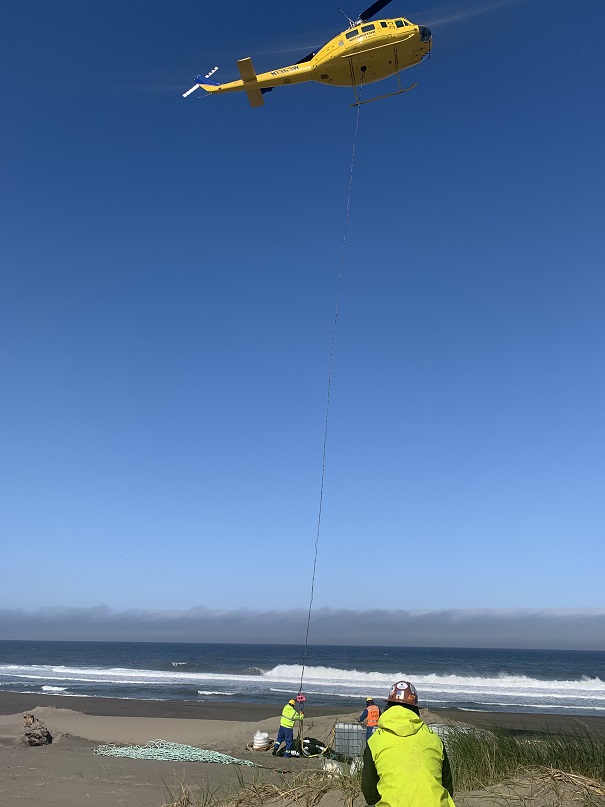 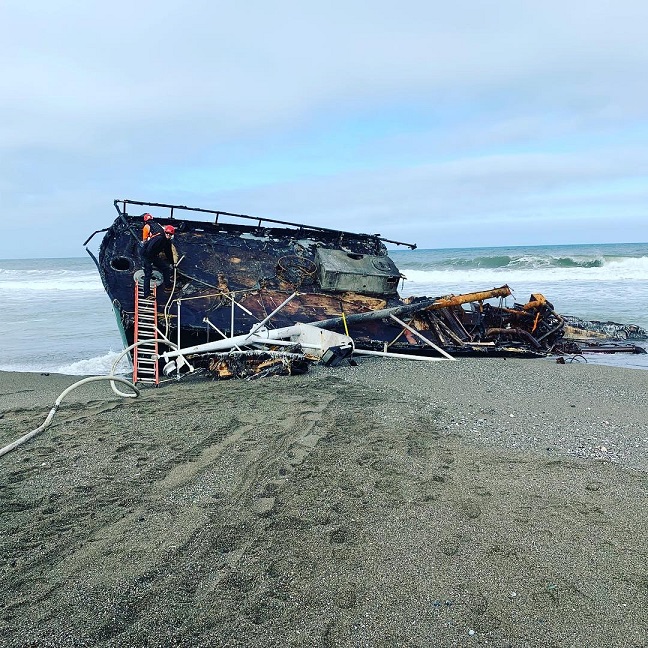 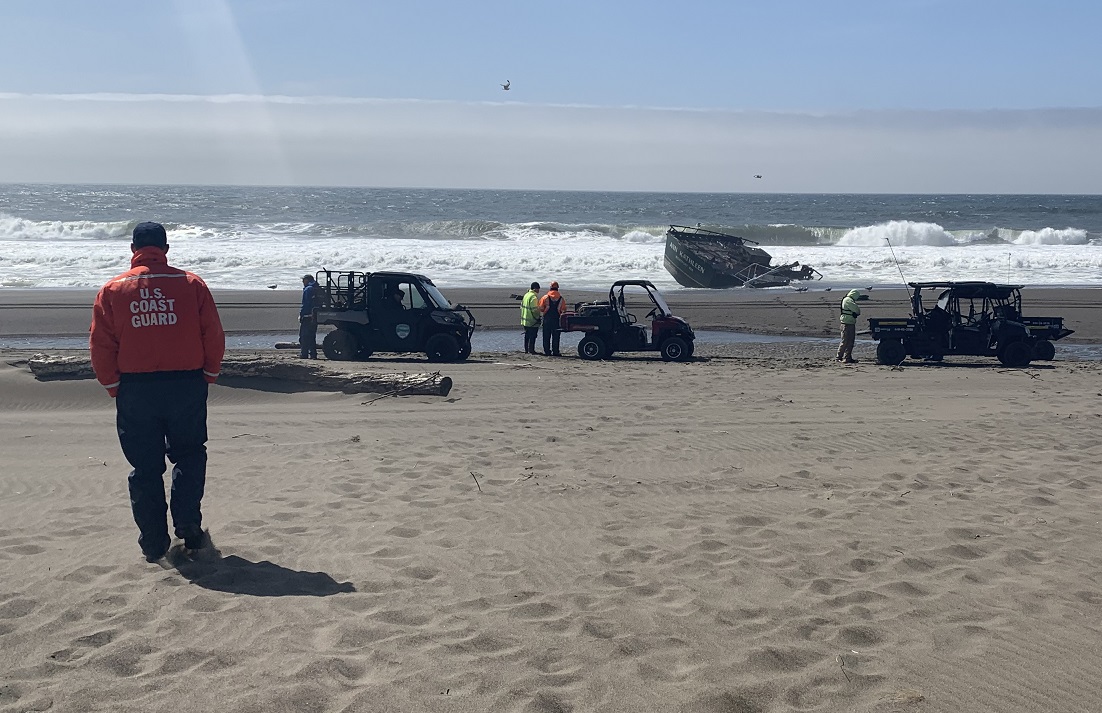 The 64-foot fishing vessel  Ann Kathleen caught fire off the Oregon Coast on May 2, 2019. The crew abandoned ship and were rescued by a nearby fishing vessel; the vessel drifted to shore and grounded on a remote beach near Bandon, OR.  Global was contacted by a surveyor representing the owner’s insurance to defuel the vessel and remove the wreckage from the beach.

Access to the site was difficult by land; it was 6 miles down the beach to the site and equipment size was restricted to the width of a 6-foot wide foot bridge. The team accessed the site via ATVs, and approval was given for helicopter operations to remove loaded fuel totes. The team defueled the tanks, removing more than 1,000 gallons. Once defueling was complete, prior to demolition operations, the wreck was tested for lead and asbestos. An excavator was mobilized 8 miles along the beach from a nearby airport to help position equipment and demolish the vessel. Waste was flown out by helicopter to the airport where it was broken down into waste bins for proper disposal.

During the course of the project, the team coordinated their efforts with the USCG, Coquille Indian Tribe, the US Fish and Wildlife Service, and the US Bureau of Land Management, as the flight path was near both a tribal archaeological site and a shorebird nesting area designated for the recovery of the Western Snowy Plover.