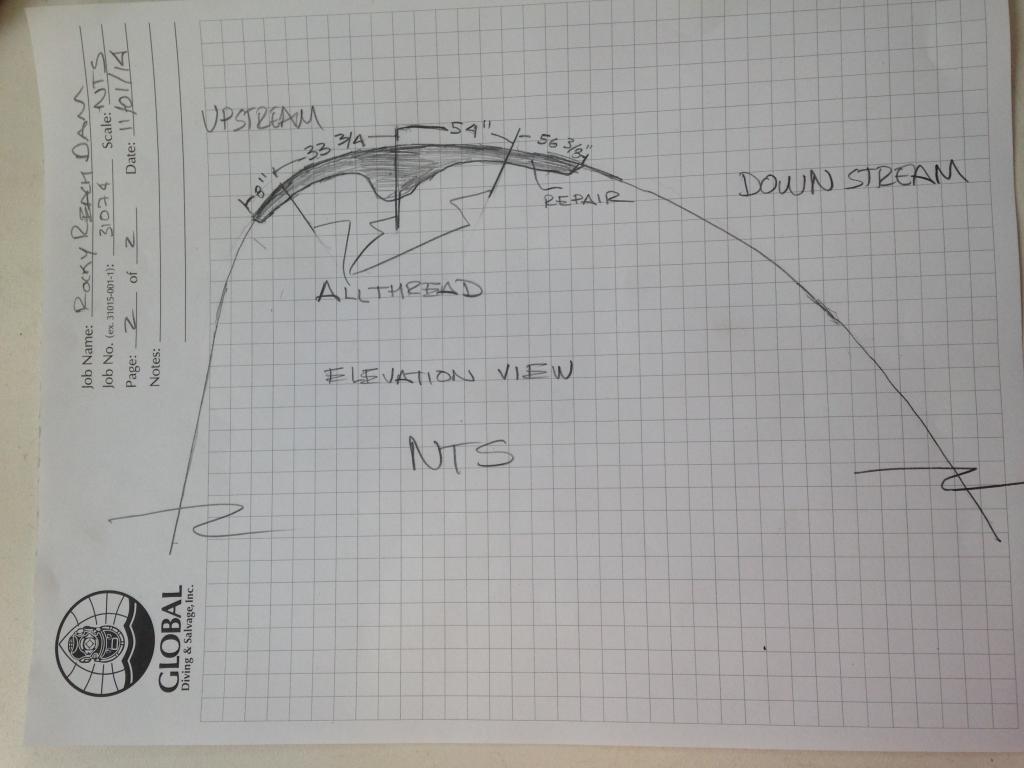 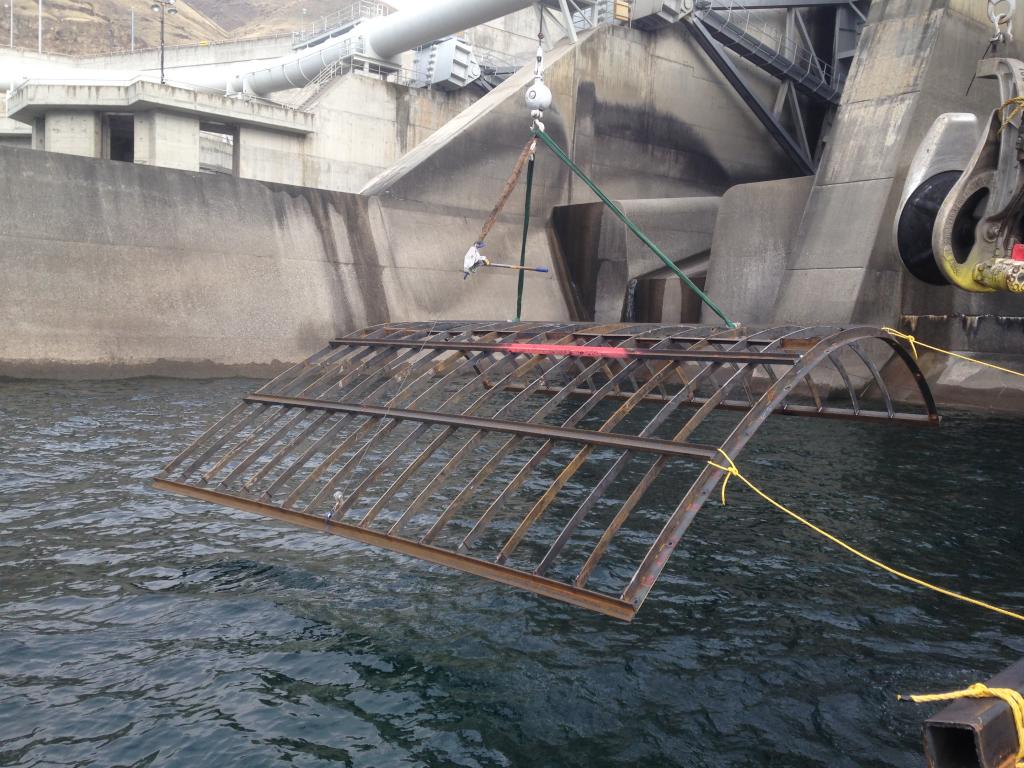 Global was contracted to perform a complicated underwater concrete repair at Rocky Reach Dam in Wenatchee, WA on the Columbia River. The scope of work included making repairs to the spillway baffle under Spill Gate 3, and inspecting the remainder of the underwater spillway apron and dentates. The supplied-air divers worked in an active river environment in depths up to 30 feet.

An underwater skill saw was used to make an initial cut around the repair area, then existing concrete was chipped from the cut and the buried rebar was exposed. Crews used a Hydro Blaster to wash away loose material. Global constructed a custom steel concrete form to fit the radius of the baffle, approximately 18’x20’. It was rock-anchored into place underwater, then filled with 8 cubic yards of high strength concrete to complete the repair to the baffle.  It was discovered through the dive/investigation process that some areas were not as badly eroded as the initial survey from the County had specified, resulting in significant cost and time savings.

Global divers also performed a methodical inspection of the dentate baffles and spill bay walls checking for rough or spalled-out areas. Working closely with the Dive Superintendent and the Project Engineer, divers inspected and measured designated points along the spillway, gathering data for the future design of two new bulkheads. Real-time video and audio recordings of the underwater concrete repair and dive inspection were provided after the project was complete.