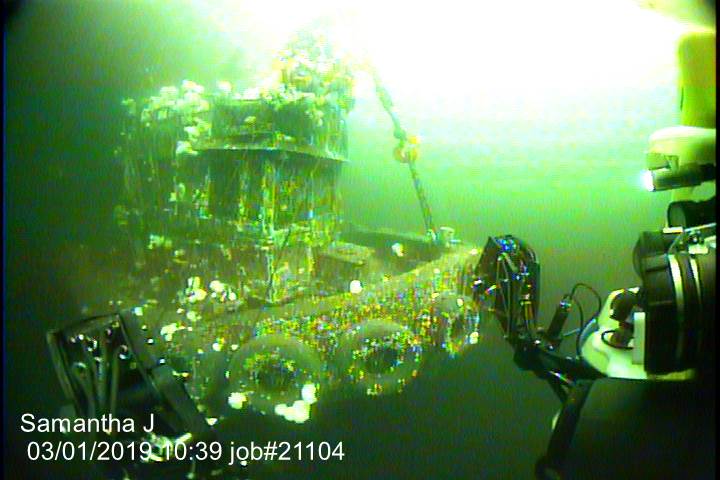 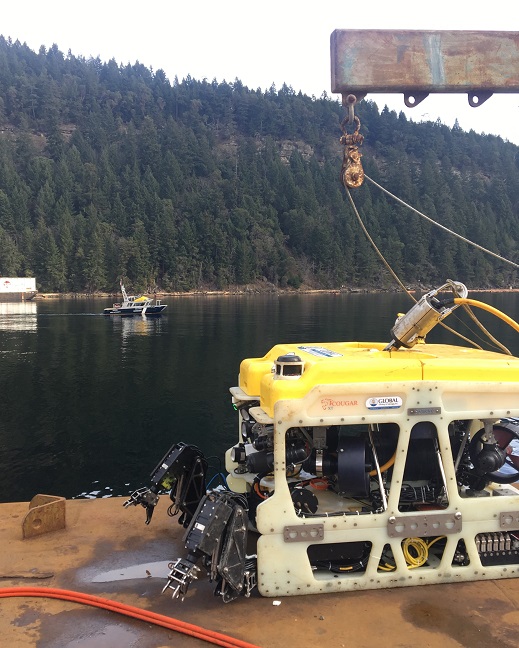 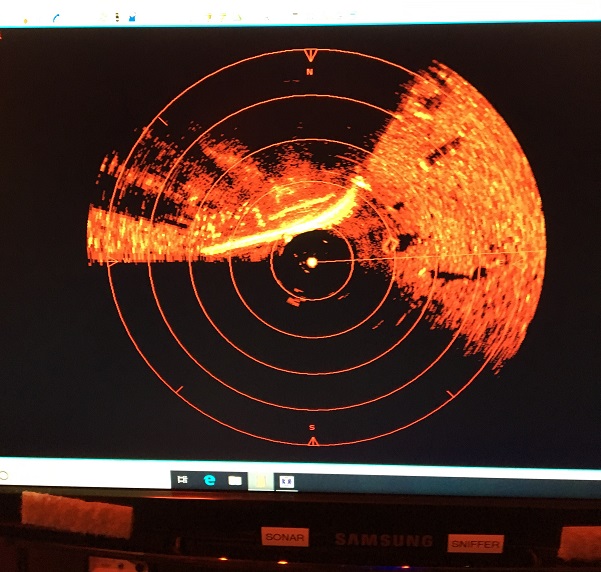 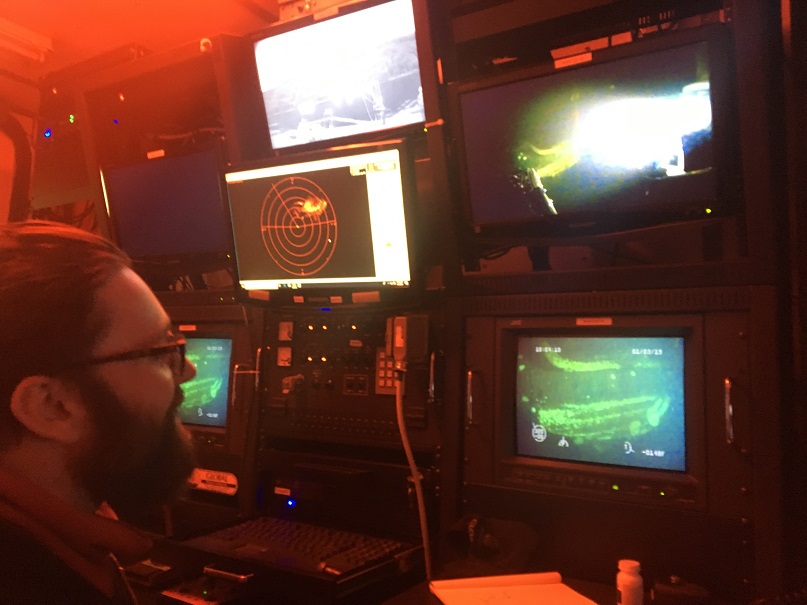 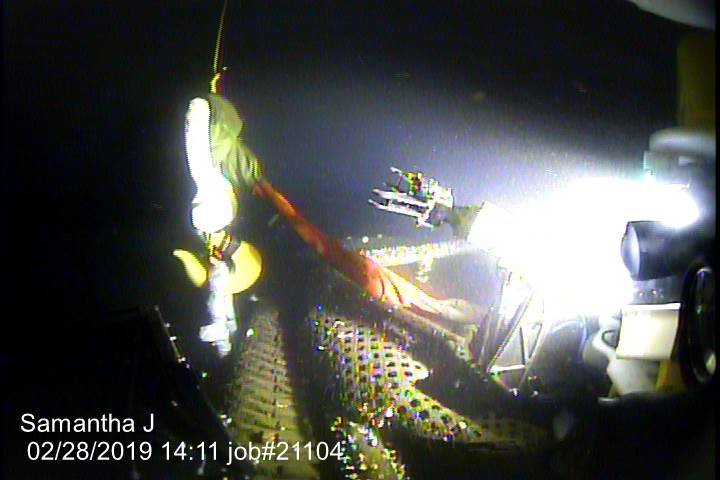 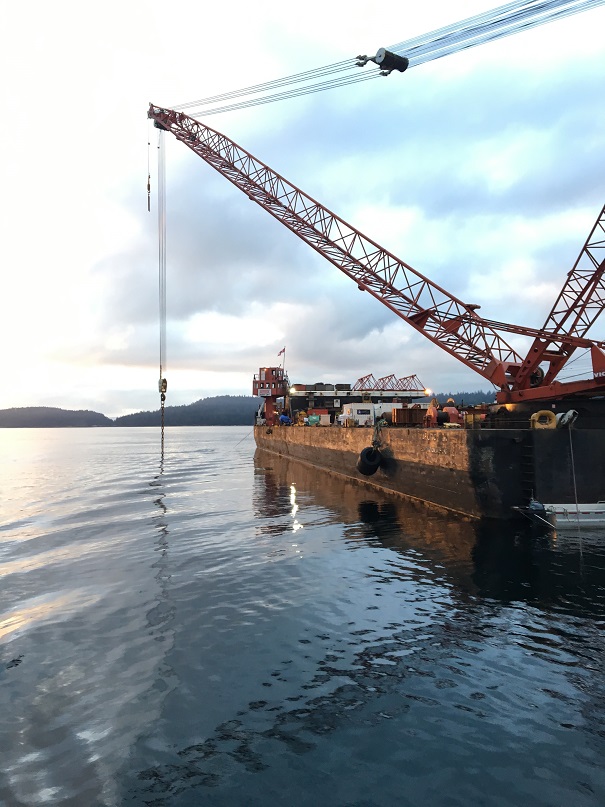 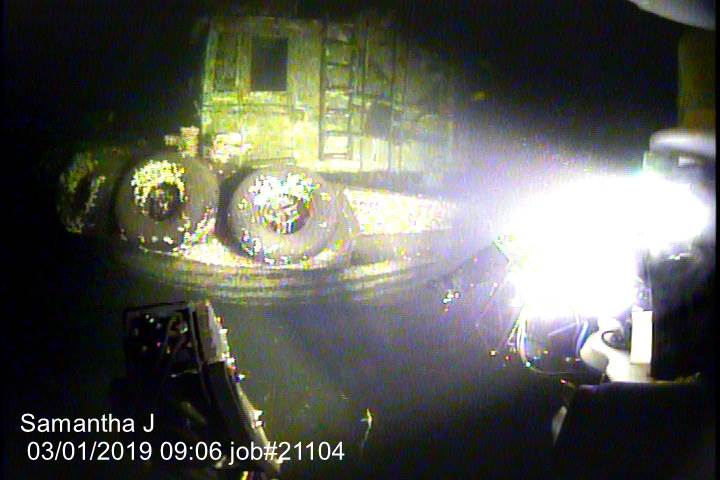 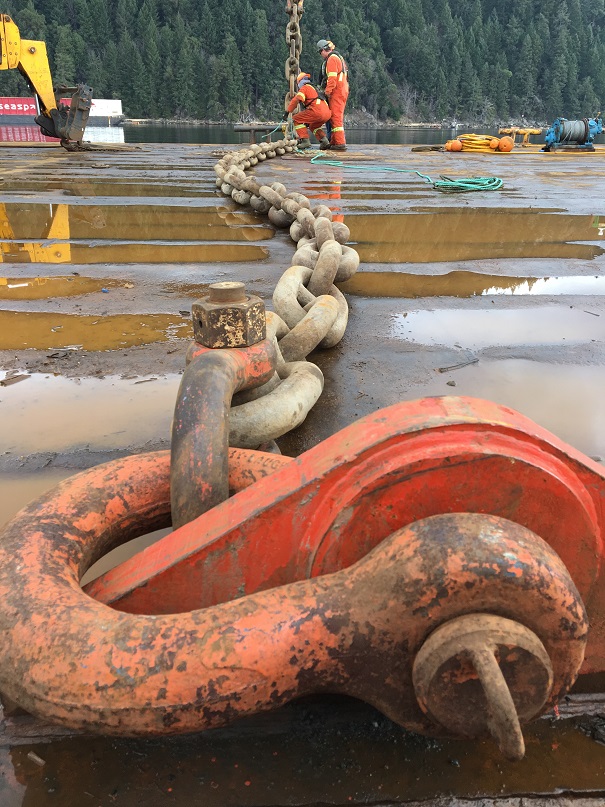 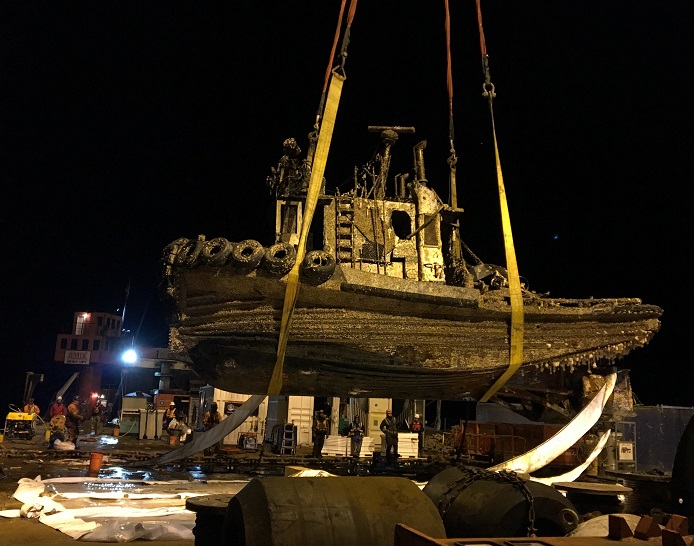 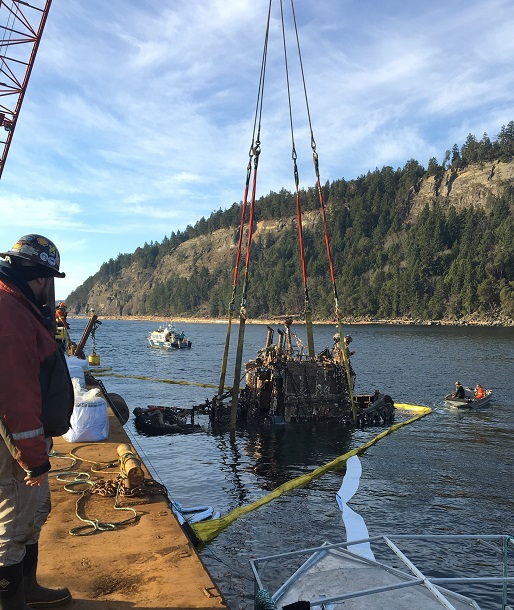 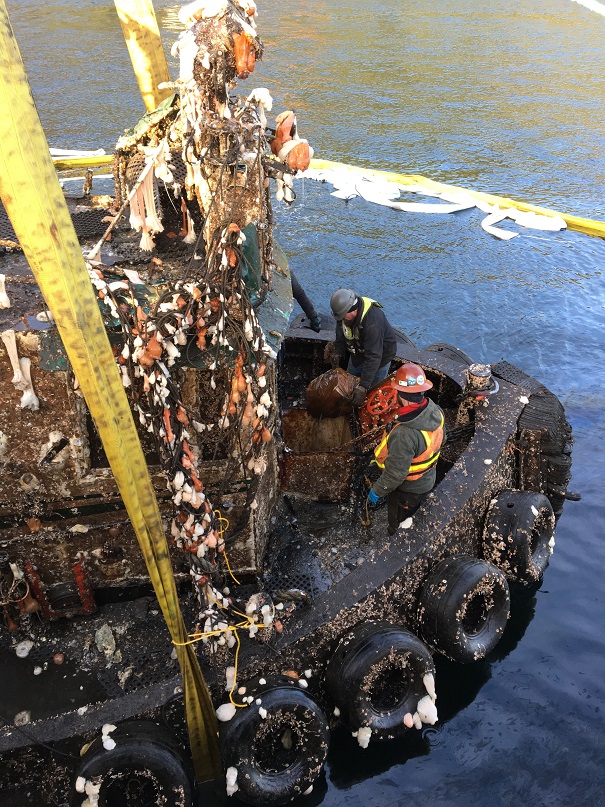 The 35’ steel-hull tug Samantha J sank in the Northumberland Channel near Nanaimo, BC in 2014 after she was overcome by the barge she was towing. The vessel sank in 230 feet of water and remained submerged for 4 years with hundreds of gallons of fuel oil, engine oil and hydraulic oil on board. Recurring slicks were seen at the site; because of the pollution risk and her position on the site of a working ship anchorage, the Canadian Coast Guard ordered its removal. The vessel’s owner also wanted her salvaged; the tug’s hull is unique and it would be a substantial cost to recertify a new vessel for the work she performs. Global was contracted to recover the Samantha J, and a salvage plan was put together utilizing Global’s light work-class ROV, the Saab Seaeye Cougar.

Global’s ROV crew mobilized in Surrey, BC onto the 600-ton derrick crane barge Arctic Tuk. The barge transited to Nanaimo, then set up its mooring anchors on the location of the wreck site provided by the vessel owner. The area around the site was boomed off to contain any fuel or oil that might be released by the tug during the rigging and lifting process.

Once the salvage crew and all equipment was in position, the crew lowered the ROV’s clump weight at the wreck’s coordinates and came within 3 feet of the tug’s pilot house. The ROV was launched and the crew performed the initial inspection of the wreck site, checking for rigging clearances and debris that could interfere with the ROV or rigging; the sunken tug’s tow ropes and lines created a navigational hazard for the ROV. Global’s team made adjustments to the preliminary rigging plan and began lowering the chain and lift sling so it could be set by the ROV. One section of chain was rigged to the bow by the end of the first day; on the second day the ROV positioned the two-point sling just forward of the rudders. The team used the ROV’s manipulators to thread a messenger line connected to the chain through the pick points, continually adjusting the chain and repositioning the ROV as needed to work around the tug. Once the tug was rigged for lifting, the topside crew secured the site in preparation for lifting the next day.

On the day of the lift, the Cougar ROV was used to perform a preliminary inspection of the bridle and all rigging, making sure it hadn’t fouled overnight. With the ROV observing the operations, the barge team slowly brought up the chain until all slack was out of the rigging. With everything in position, the team started to lift the Samantha J; the maximum pull was 97,000 pounds of force to break the vessel free of the bottom. Once free, the in-water weight was 68,000 lbs.; the crews continued raising the vessel and the ROV monitored her progress continually until the bridle broke the surface.

At this point the team conferenced for the final lift out of the water; derrick crane’s chains were rigged around the wreck to transfer the load from the ROV’s sling to the crane, then the ROV’s rigging was removed. The derrick crane performed the lift, raising the tug to deck level so they could begin lightering. After the vessel was mostly dewatered, the crane performed the 150,000 lb. pick, set the tug onto the barge deck and stabilized it. The team defueled the vessel and removed contaminants, transferring fuel, oil and oily water into a wastewater container on board. 1,436 gallons of oil and 8,617 gallons of oily water were collected. After defueling, The Canadian Coast Guard performed the final inspection of the Samantha J; they authorized the vessel’s return to the owner and she was successfully refloated.