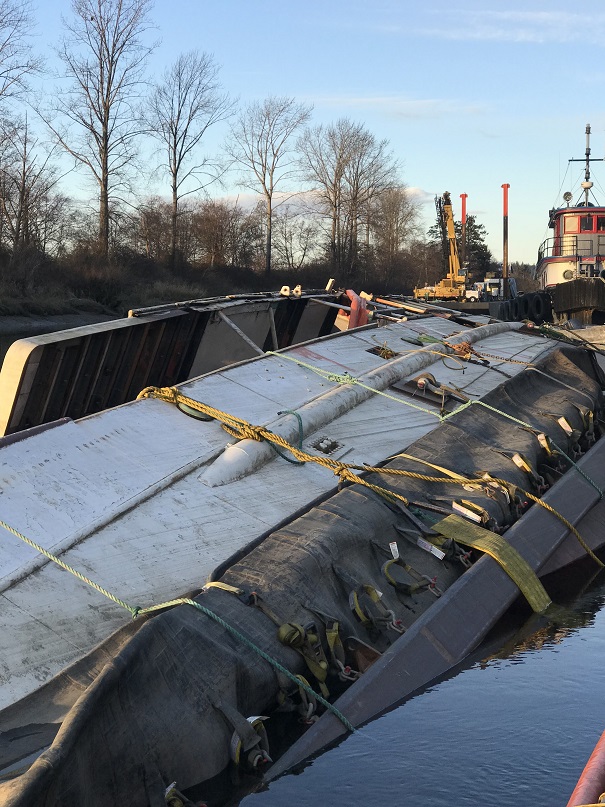 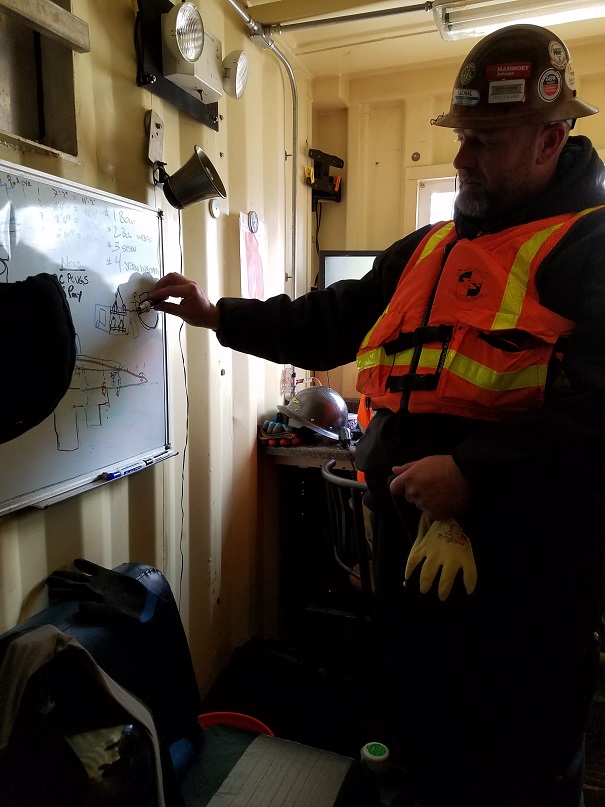 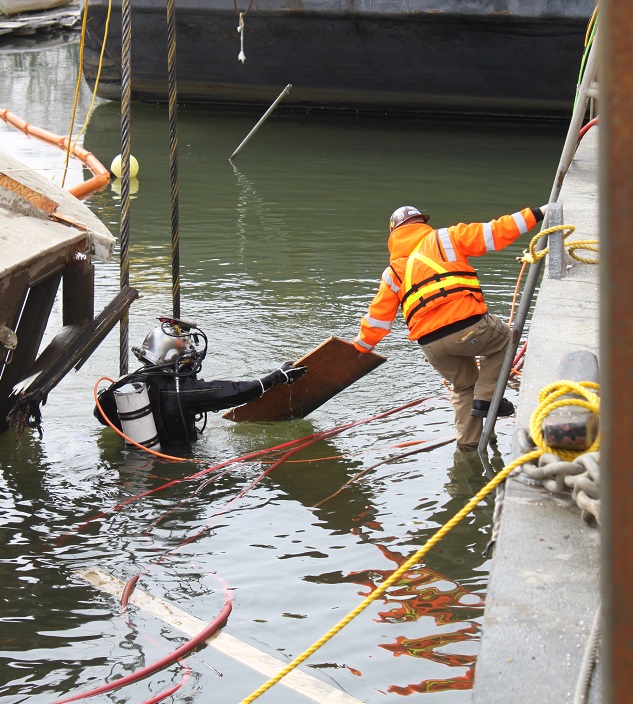 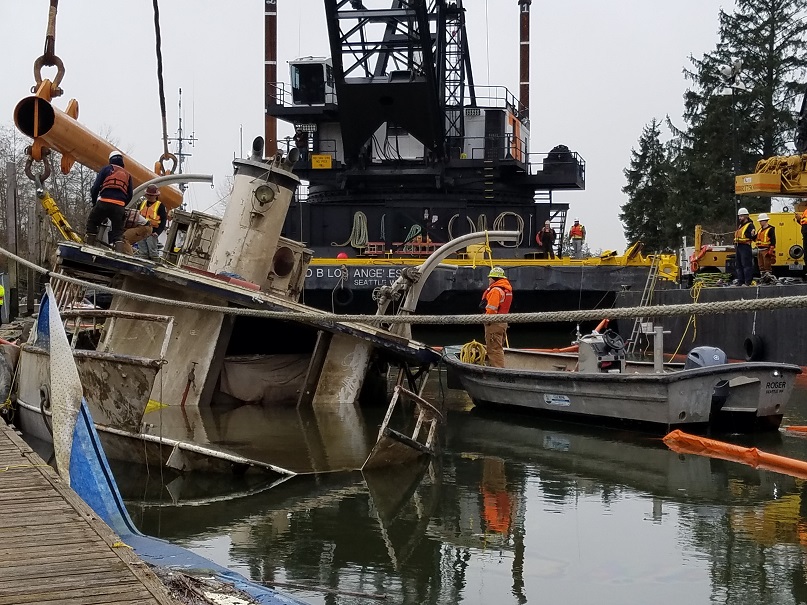 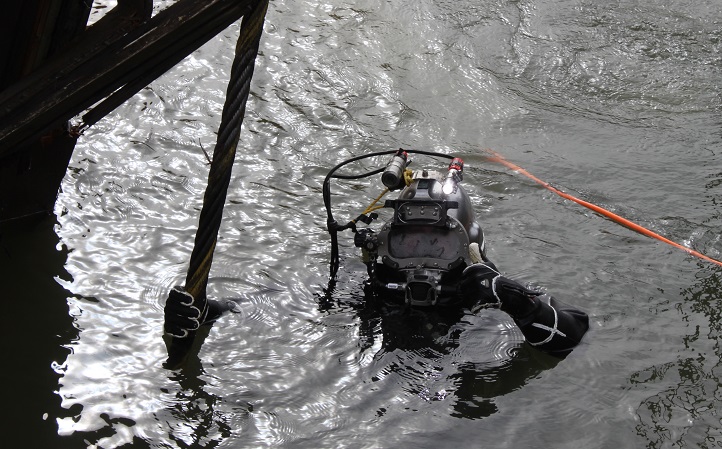 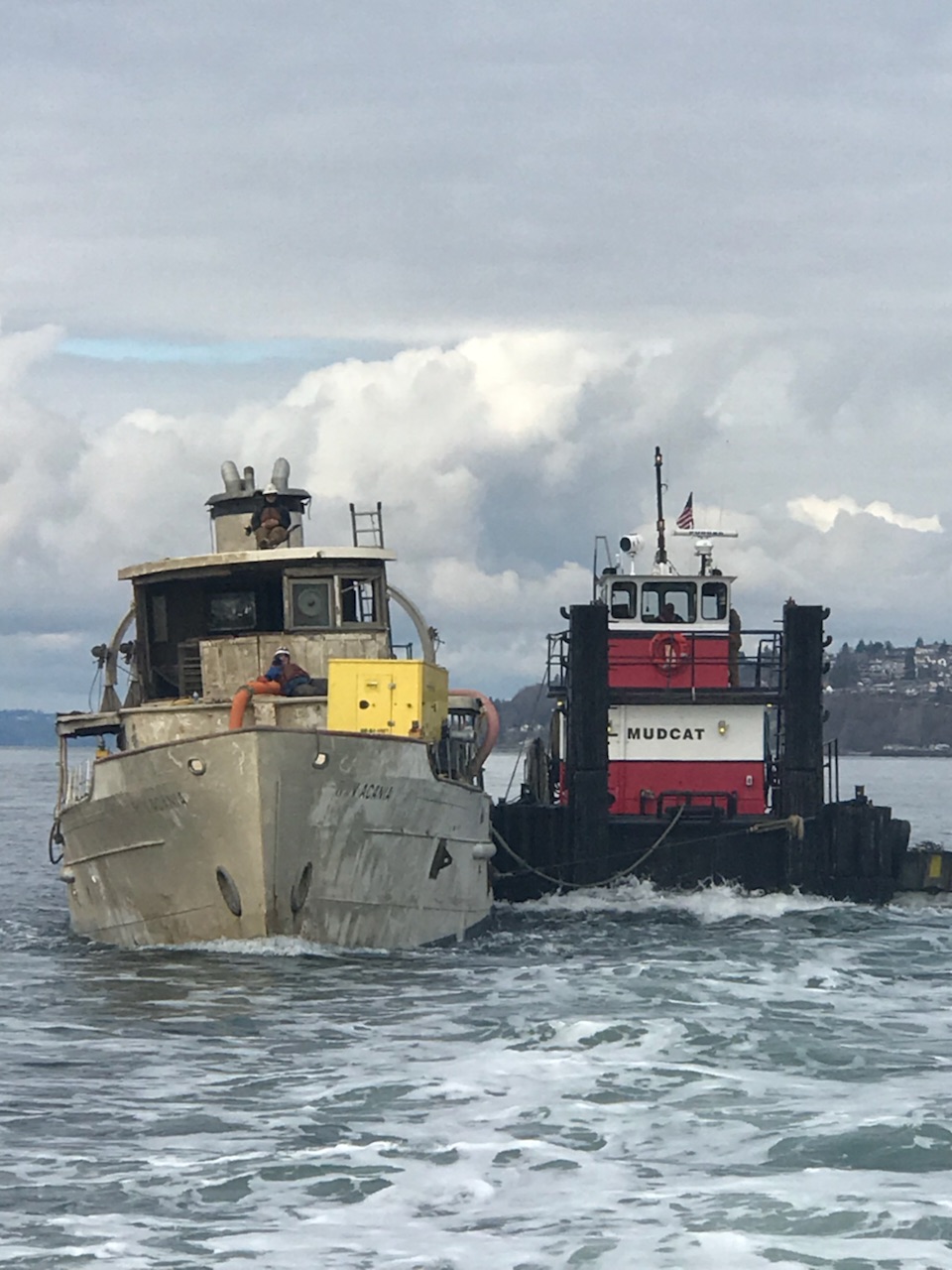 The R/V Acania was built in 1929 as a luxury yacht, taken over as a US Coast Guard vessel during World War II, then used by NOAA and the US Navy as a research vessel until the 1980s. The 126-foot long, 300-ton vessel sunk at her dock in Steamboat Slough 3 days after being purchased by new owners, who contacted Global regarding salvaging the vessel. A team from Global performed an initial defuel response and inspection. Boom was placed around the vessel to contain any fuel released but the crew was unable to gain access to the tanks due to the vessel’s 90-degree starboard list and the strong currents in the slough. Global developed a salvage plan and the owners agreed to move forward.

The vessel’s location in the slough made the site extremely difficult to access; along with the large tidal exchange and high currents, the narrow channel offered limited maneuverability, shallow depths onsite and at the slough entrance, and low bridge clearance. Limited land access prevented the use of a land-based crane, so the derrick barge Los Angeles was selected as the best tool for performing the parbuckle operation. Waiting until the tides were suitable, the crews rigged the Acania for parbuckle and the D/B Los Angeles righted the vessel. Six-inch pumps were used to dewater during a tide low enough for her deck to become awash; as water was removed Acania began floating with the incoming tide. Dive teams patched two holes in the hull – the largest approximately 2” by 10” – and 12-hour watch shifts were established, with the salvage crew checking the pumps and patches every 15 minutes.

Sediment and hazardous materials were cleared from the vessel and she was prepared for towing. A dead ship tow plan was submitted to the US Coast Guard, utilizing the tug Mudcat, an escort barge/dive station and a salvage crew on board the Acania to operate pumps if needed. The Acania was towed 43 nautical miles to Delta Marine Shipyard in Seattle where she would undergo a full restoration.

“This was an extremely challenging salvage because of location, current and accessibility,” said Global Project Manager Katy Stewart. “We succeeded, in part, because the customer was actively involved and willing to give us the trust and freedom to move ahead and adapt our salvage plan as needed in a fluid situation. We also worked with highly-engaged subcontractors who know Global, and are willing to take on a risky project because of our clear communication and our reputation for successful operations.”