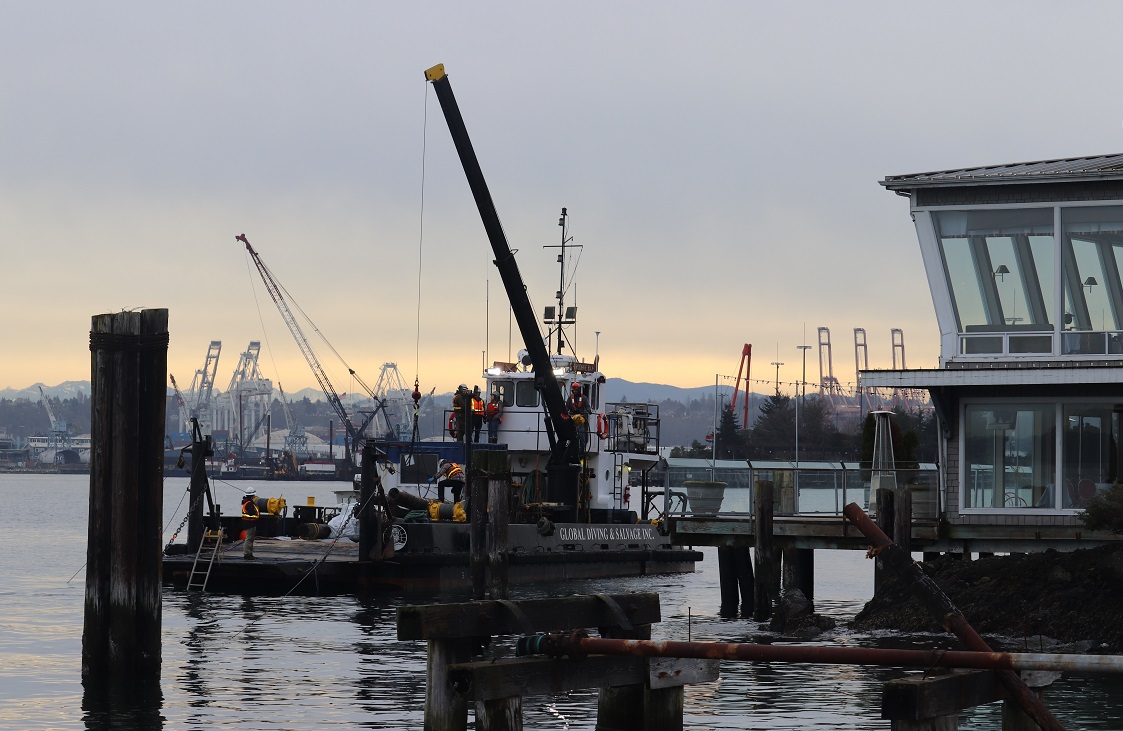 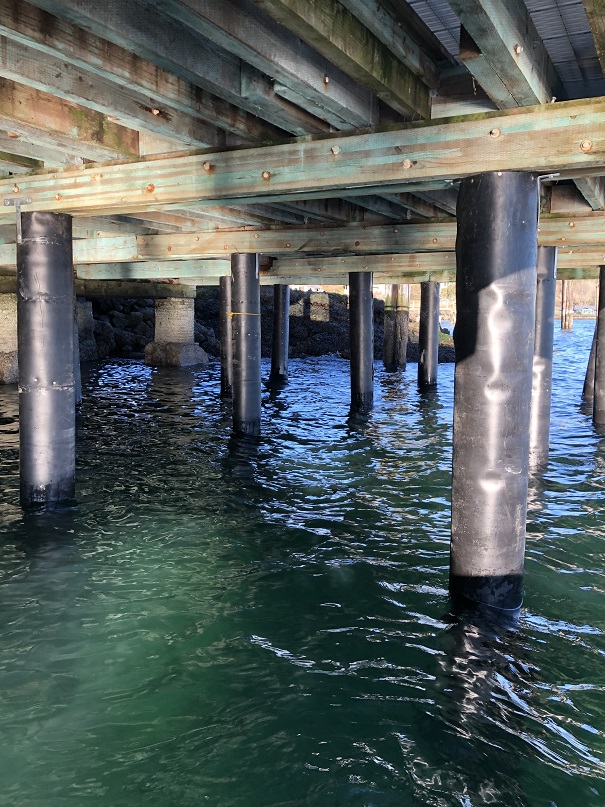 A popular restaurant featuring views of Elliot Bay and downtown Seattle, Salty’s is located in a 100-year old former mill building built over the water. The substructure consisted of piles and beams; it had undergone numerous changes and repairs through the years but much of the supports had deteriorated significantly and needed to be replaced. The owners turned to Global to perform the understructure repairs and maintenance.

Global was contracted to replace 36 of the timber beams, 24 of the support piles, and install a pile protection system. The team pre-installed the Denso SeaShield 40-series pile protection system while the new piles were on land, then put the piles in place under the building. Once the piles were in place, the team used hydraulic jacks and friction collars to lift up the building around the beams. Each old timber was removed and replaced with a new beam. The crew worked from small skiffs and floating barges underneath the structure, timing their work schedule with favorable tides.

Because of permitting restrictions, the pile replacement portion was successfully completed in 1/3 of the original budgeted time. All understructure repairs were completed without any interruption to the restaurant operations; the majority of work was performed at night and the team planned around the restaurant’s event schedule to minimize any disruption.