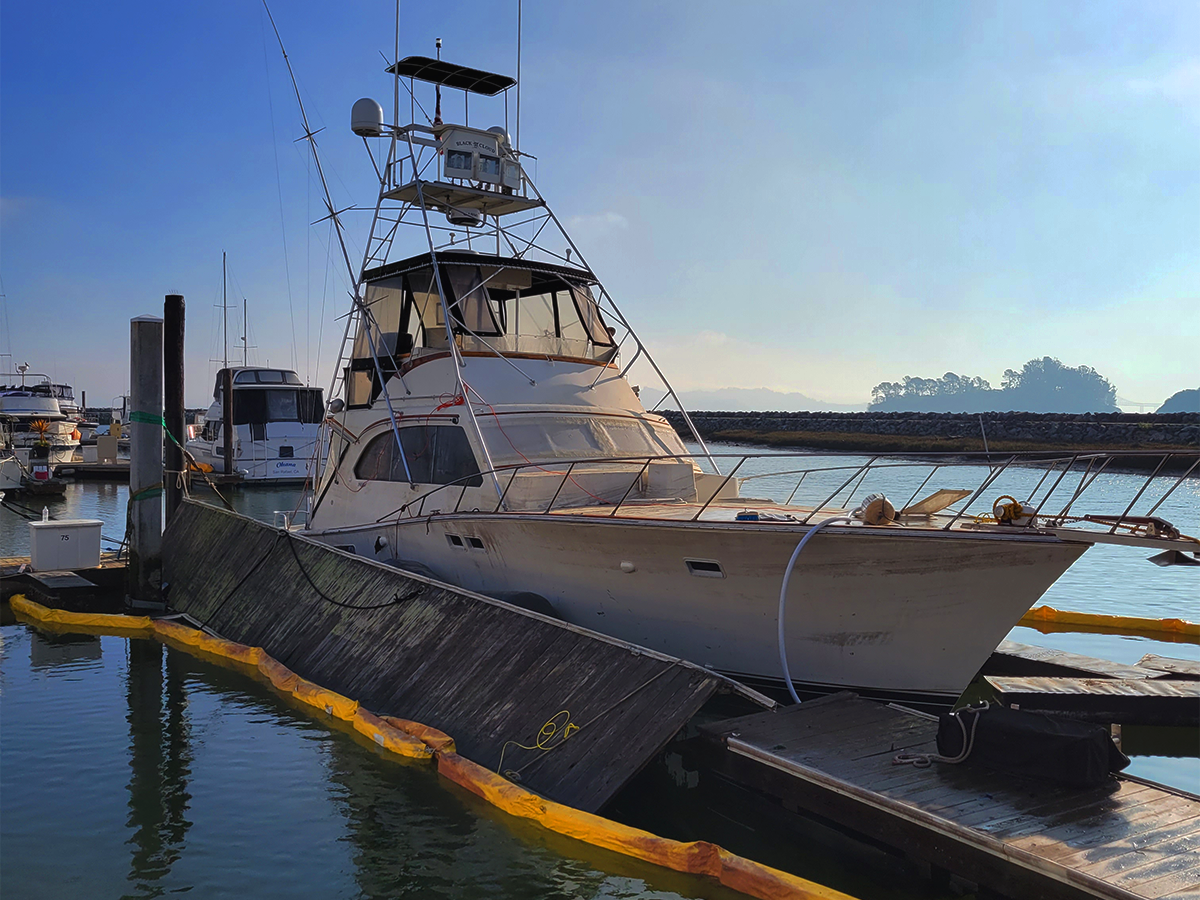 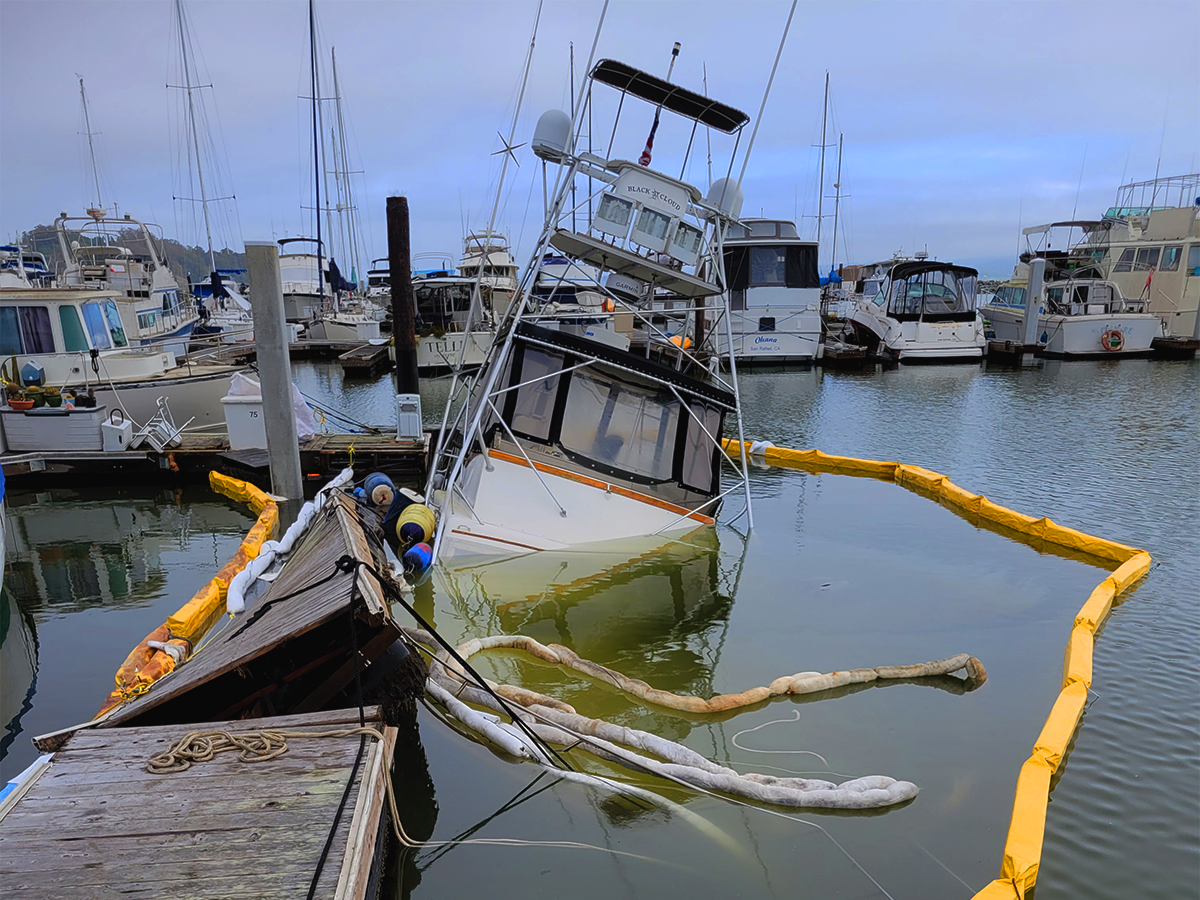 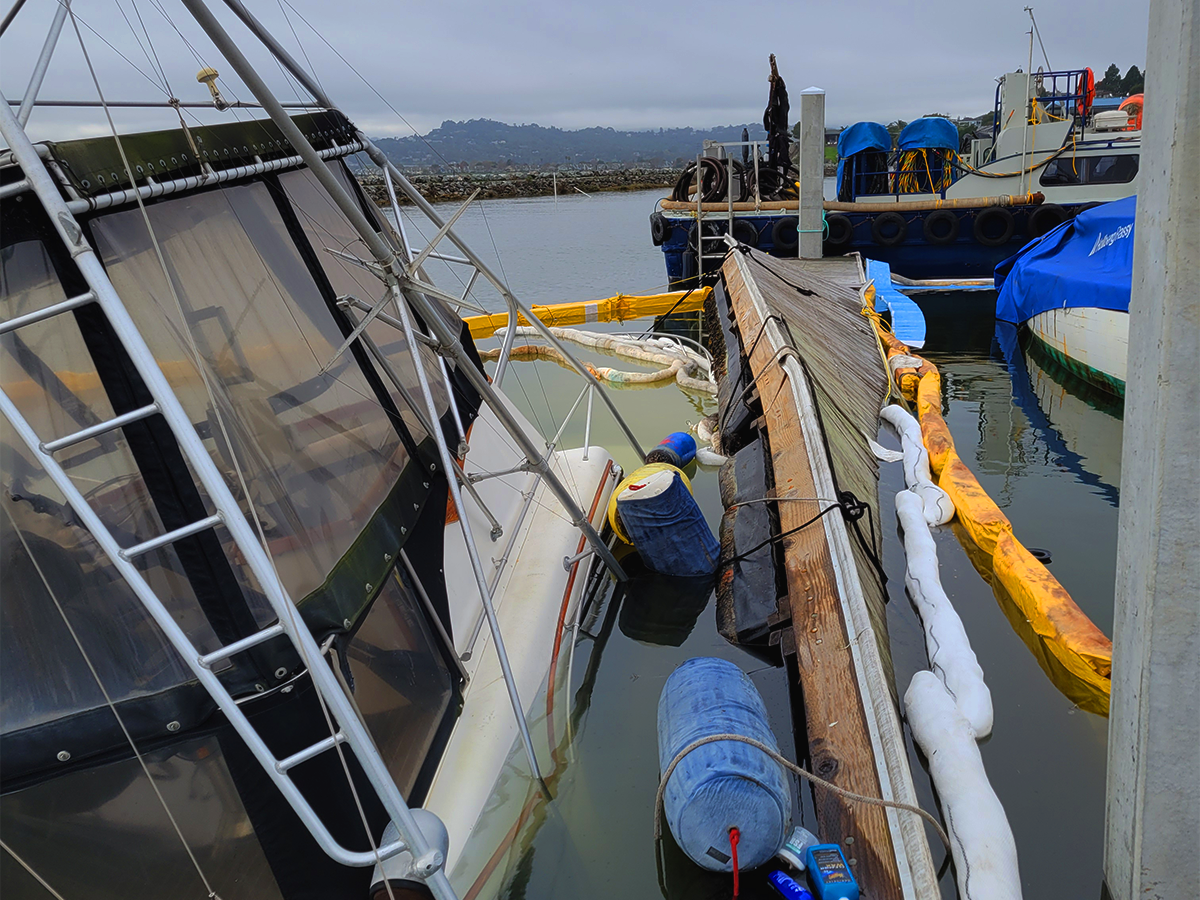 Global was contracted by a local marina when a 49’ offshore sport-fishing vessel had sunk overnight. A plan was made to defuel the vessel and then raise it utilizing lift bags, as a crane barge would be unable to safely access the marina.

A dive crew was dispatched to the marina where they began defueling operations and conducted a general assessment of the vessel’s condition.  In total, about 215 gallons of diesel and 710 gallons of seawater were removed over two days with assistance from U.S. Ecology.

Once the vessel was cleared for lifting operations, Global crews ran rigging underneath the vessel and prepared lift bags. Due to the close proximity to the dock, the risk of rupturing a lift bag was present. An additional strap was run around the port stern rail and with the DSV Dawn, the vessel was tugged from underneath the dock. Once cleared, additional lift bags were added to raise the stern rail and trash pumps were laid to begin the de-watering process.

With the pumps running, vents and holes found to be taking on water were all plugged. The vessel was eventually raised until only small amounts of bilge water were left. Once stable, the remaining water was removed and the vessel secured.