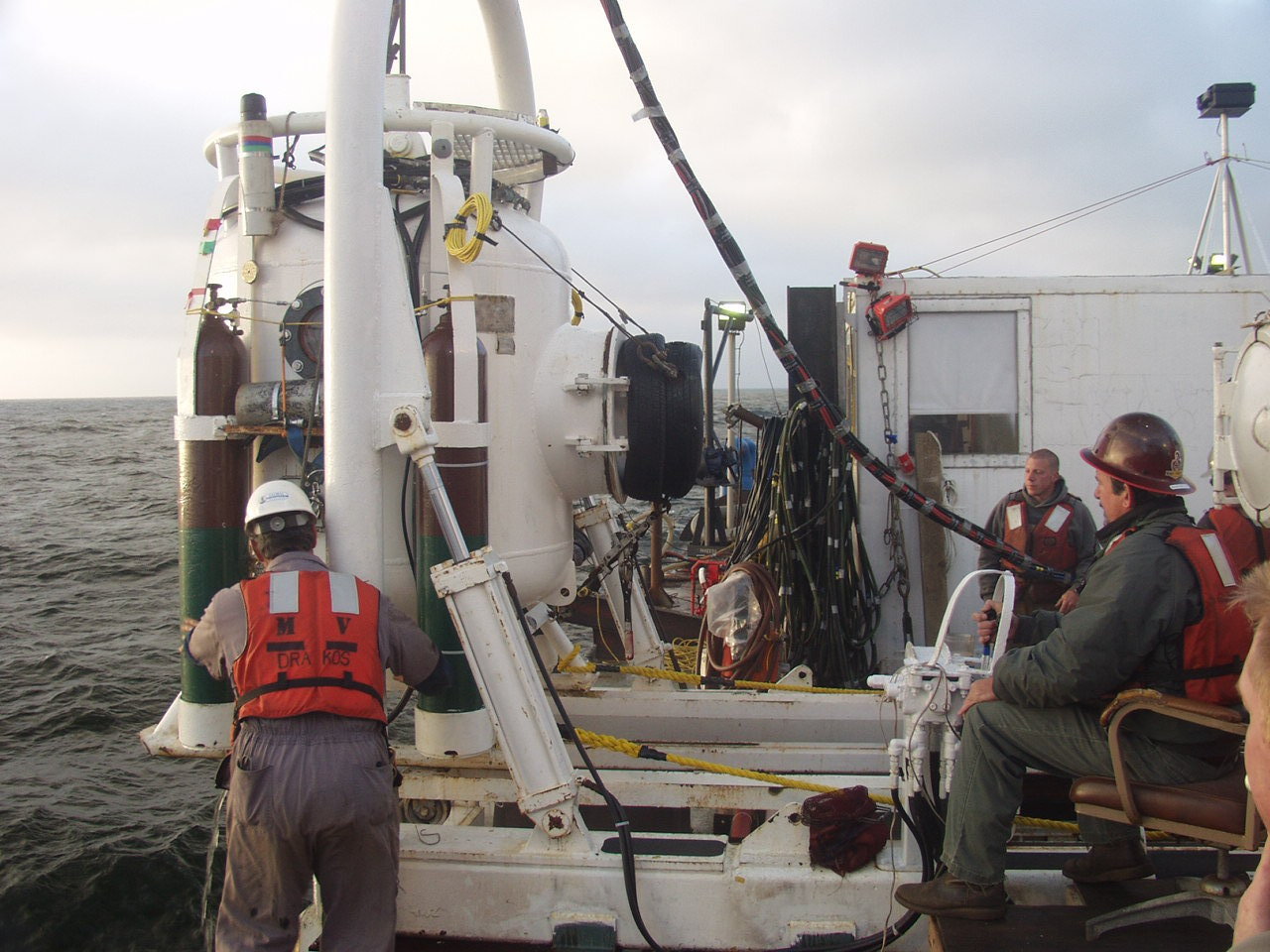 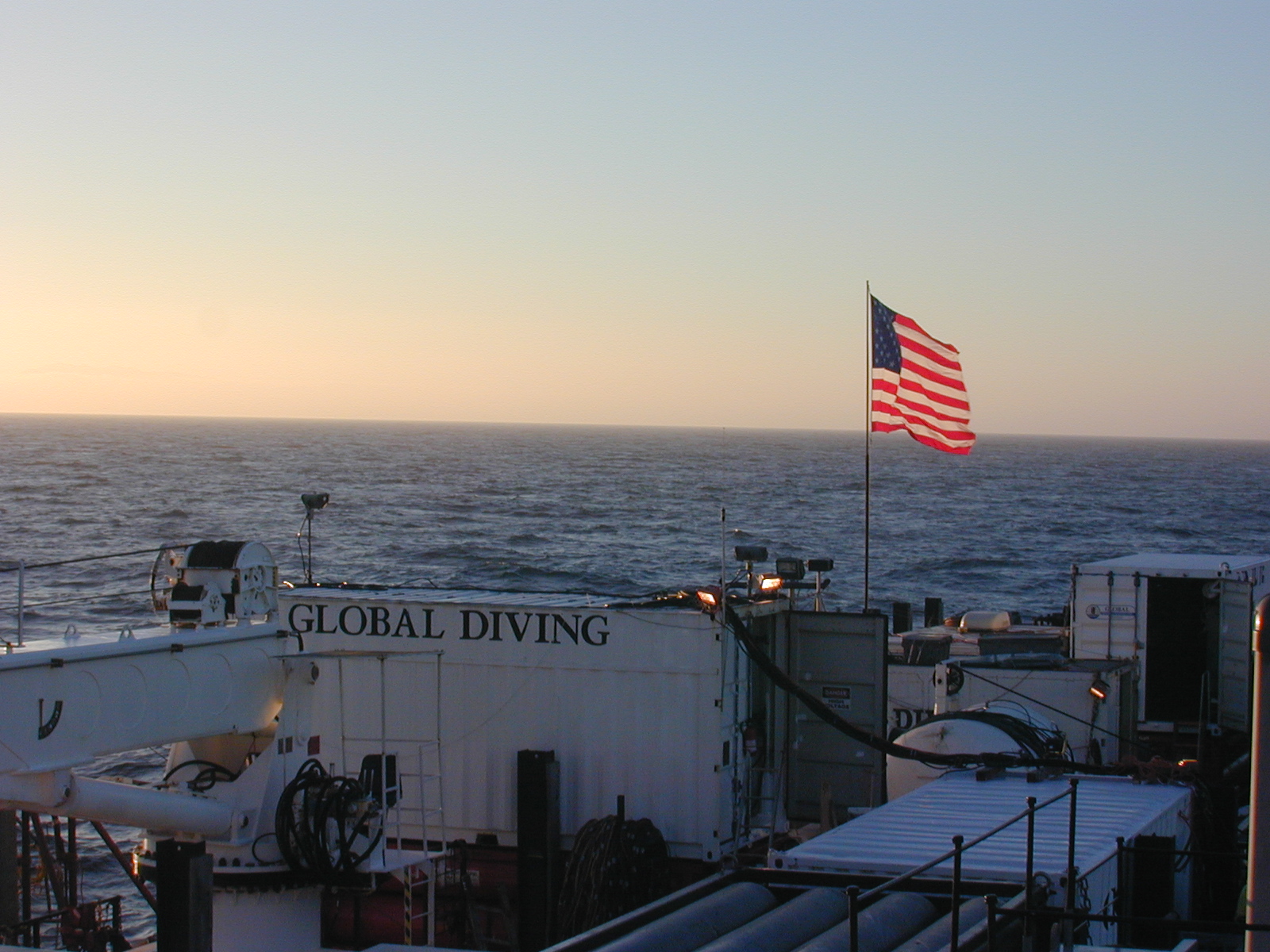 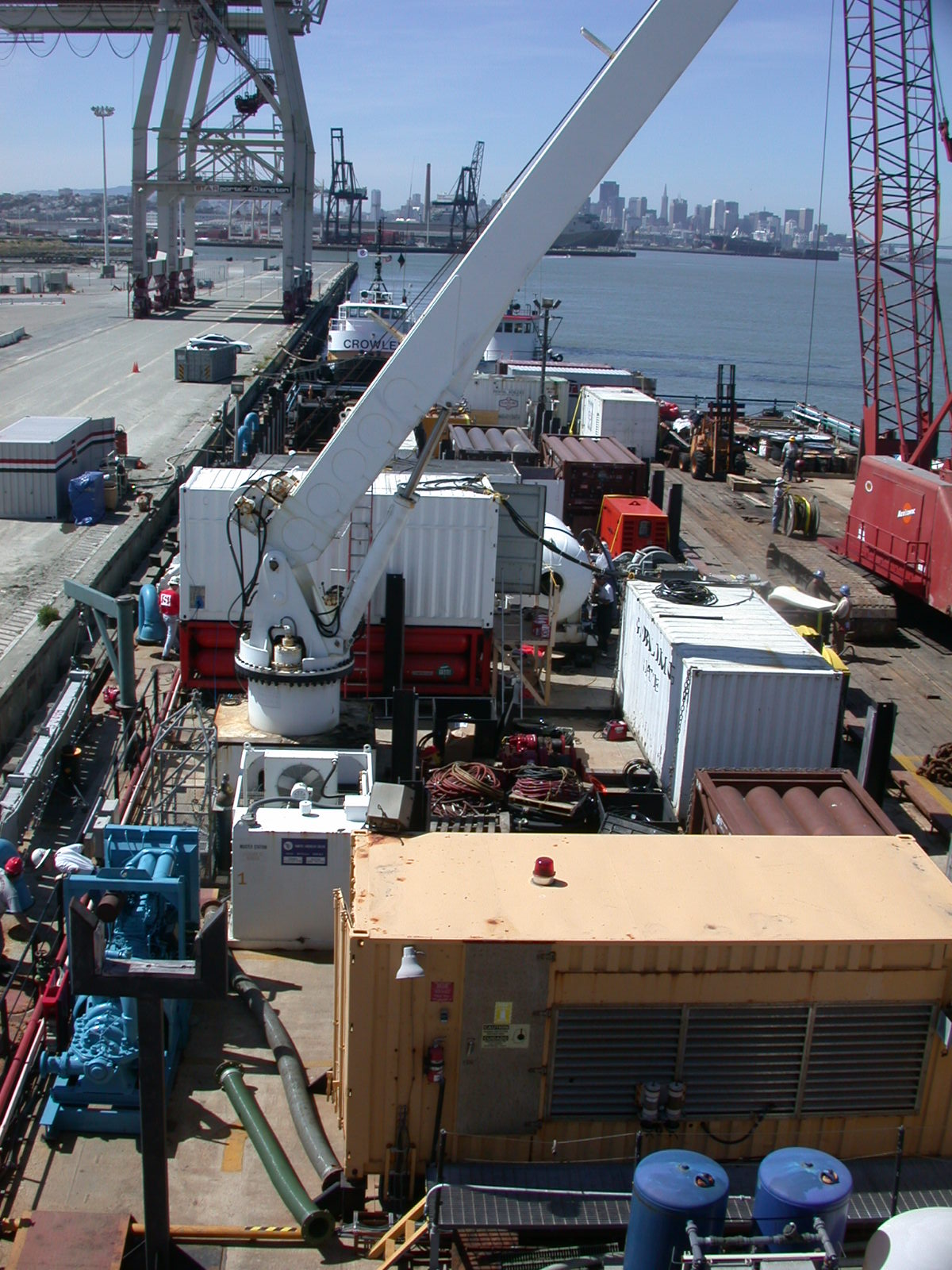 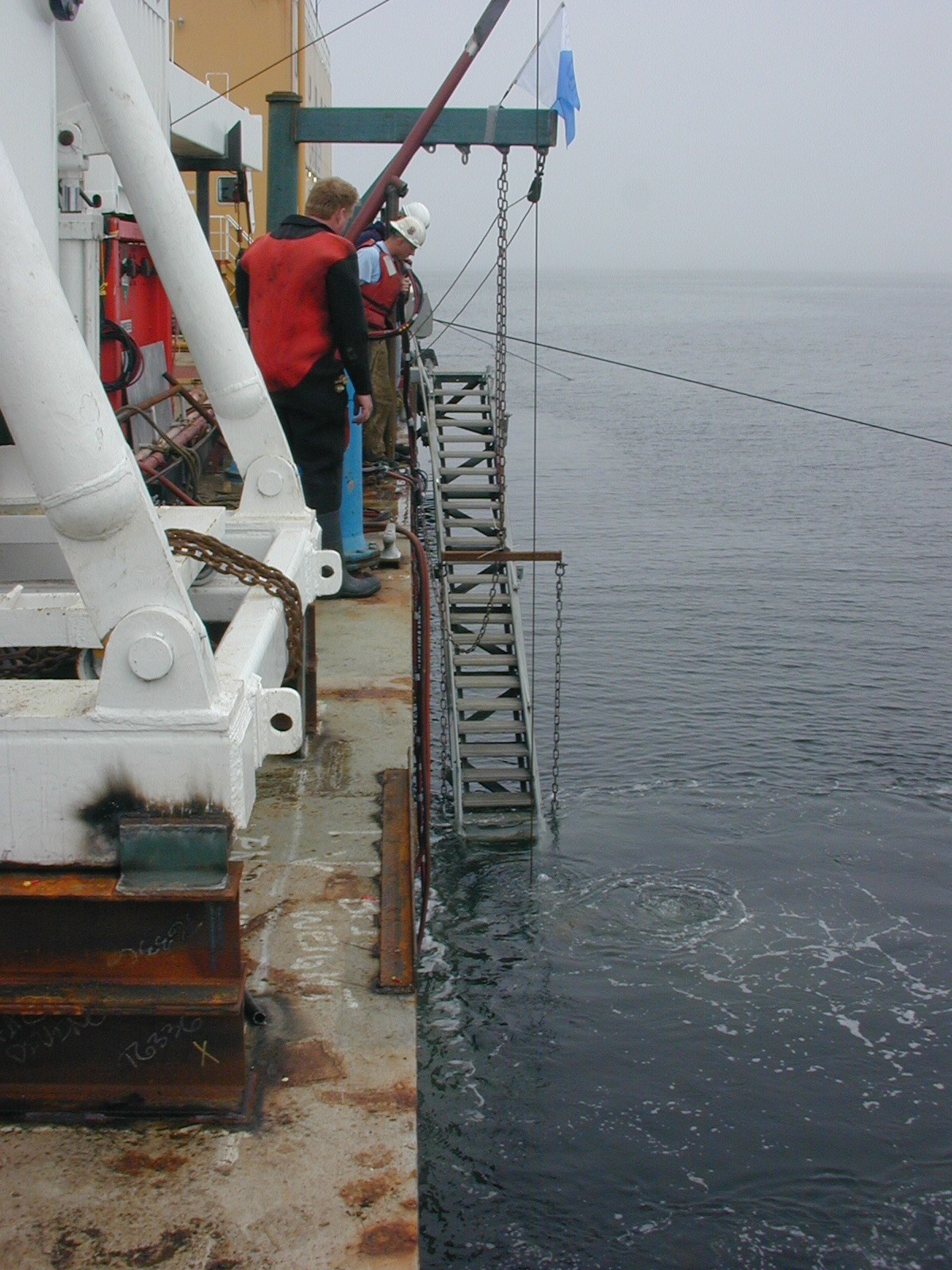 The S.S. Jacob Luckenbach, a 468 foot steamship built in 1944, sank after a collision in foggy weather in 1953. It lies 17 miles west, southwest of the Golden Gate Bridge within the inbound shipping lane in 185 Feet of Seawater. This area is part of the Gulf of the Farallones National Marine Sanctuary (GFNMS), one of the largest marine sanctuaries in the world. Late in November of 2001, a series of winter storms roared out of the Gulf of Alaska and hit the Northern California area. Subsequently oil soaked birds began washing up on a 200 mile stretch of shoreline from Bodega Bay to Pacific Grove, CA.  The oil was identified using forensics and eventually matched to the Luckenbach.

In May 2002, the local USCG MSO awarded a competitively bid contract to Titan Maritime, based out of Florida, to conduct an underwater assessment of the Luckenbach and remove any recoverable oil from her tanks.  Titan Maritime teamed with PCCI, Global Diving & Salvage, Inc., and Crowley Maritime to survey the extent of the wreck and remove the oil.  Global was responsible for all diving and ROV operations as well as underwater operational management.

The project involved the assessment of the wreck, location of the tanks, determination of the integrity of the hull and plumbing, and removal of available oil from the vessel tanks.  All the necessary equipment was mobilized onto Crowley’s 400- foot barge in Seattle, Washington.  The barge was transited to the site and anchored over the wreck. Because the wreck was located in the inbound lanes of the San Francisco Bay shipping channel, notices were sent out to all ships transiting the area. The work area was well lit at night, and dive operations were limited to daylight hours.  An ROV and surface divers were used to survey the wreck site and investigate for netting or other obstructions that might interfere with access to the vessel.  Saturation divers then physically assessed the wreck visually and utilized Ultrasonic Thickness testing of the hull and portions of the exposed piping.

Original construction drawings were used to locate the tank vents but the divers soon realized the drawings did not match the vessel construction. The vent lines had also corroded between the fuel tanks and the main deck. To overcome this, the divers physically followed pipelines to determine the location of the actual tank vents. Because of the degraded lines, cargo had to be moved to gain access to the top of the fuel tanks; the materials were carefully set outside of the wreck. In the end, all vents were identified and plugged.

Upon completion of the survey, the Luckenbach was defueled using a hot tapping process through the hull.  The key to this project’s success was the adaptability and innovation utilized to overcome the projects unexpected and challenging conditions.  The original scope of work was quickly modified after discovering that localized heating of the fuel oil would not be an effective strategy due to the fuel oil’s viscosity. To resolve this, a circulation system was built on scene that effectively heated the entire contents of each tank to the desired level before offloading began.  All operations were completed successfully and without incident.

This landmark project became the standard for subsea petroleum removal. Before the S.S Jacob Lukenbach, a project of this type had never been undertaken by the US Coast Guard and there were no formal procedures. By working closely with the USCG and other members of the team, procedures were developed as the project progressed. Today, oil removal projects still utilize the techniques developed on the Luckenbach and it remains a baseline for measuring success.