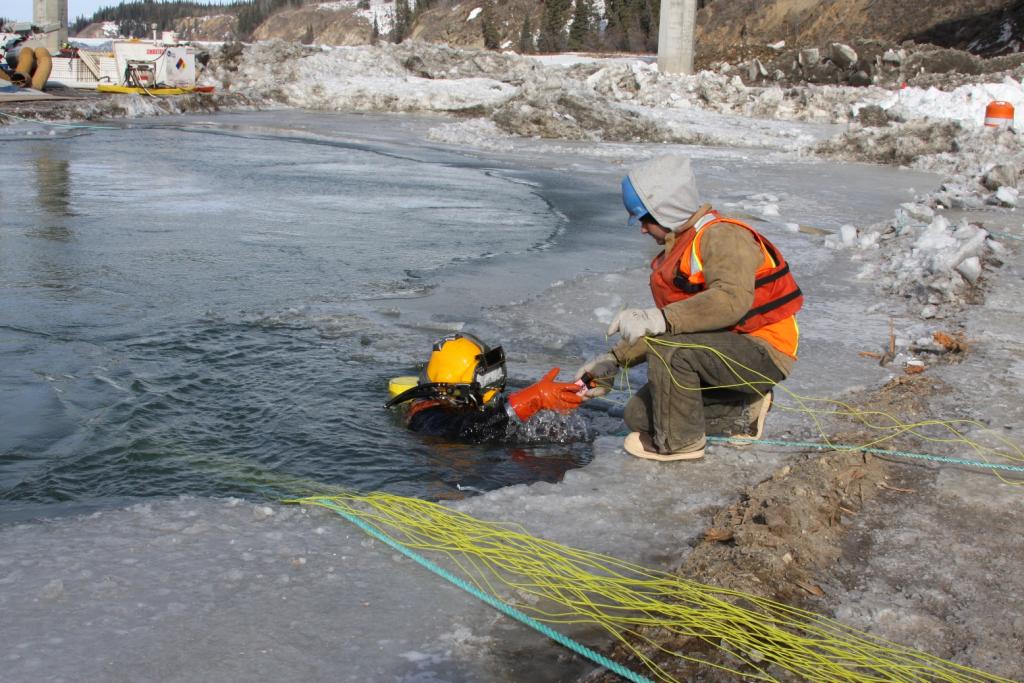 Global personnel mobilized to Tok, Alaska to assist in placing and sealing caisson on a bridge pier at the Tanana River Bridge. Diving operations were conducted from the river bank and river ice with divers entering and exiting the water using a ladder. Conditions at the work site were made more difficult by temperatures that reached -20 degrees.

On Pier 2 of the bridge, divers installed I-beam whalers to reinforce the existing cofferdam structure from collapse during removal. The sheet pile walls were exposed down to 12 feet below mudline where they were cut off using underwater cutting equipment. On Pier 3, the divers cut the sheet pile at the mudline, then drilled 56 one-and-a-half-inch holes into concrete debris. Explosive charges were installed in each hole.

At one point during the project, the ice accumulation on the pile became so thick, the client requested Global demobilize personnel back to Anchorage to allow time to bring in a large steam unit to melt the ice from the pile. Personnel remobilized back to Tok and completed the work scope.