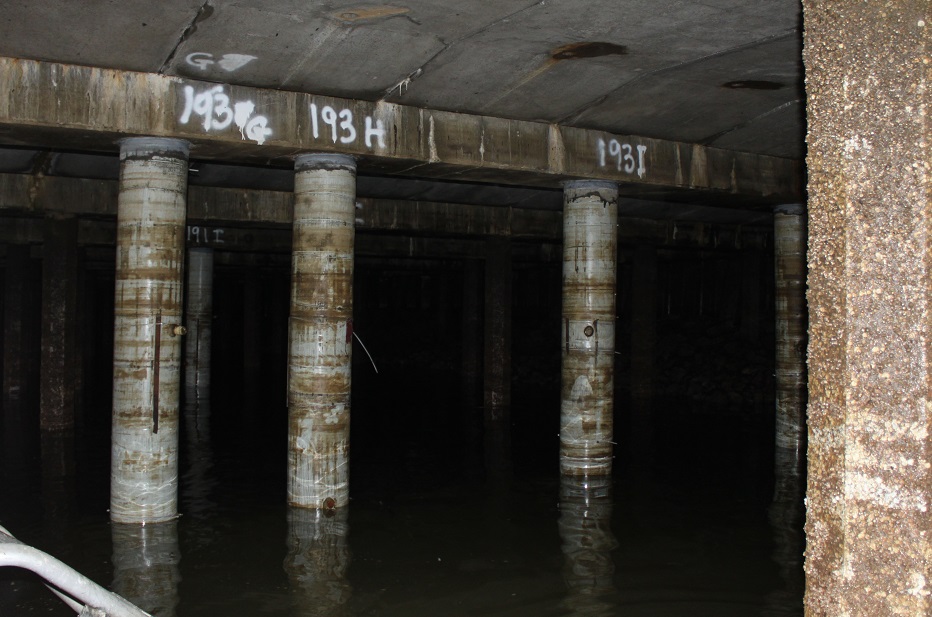 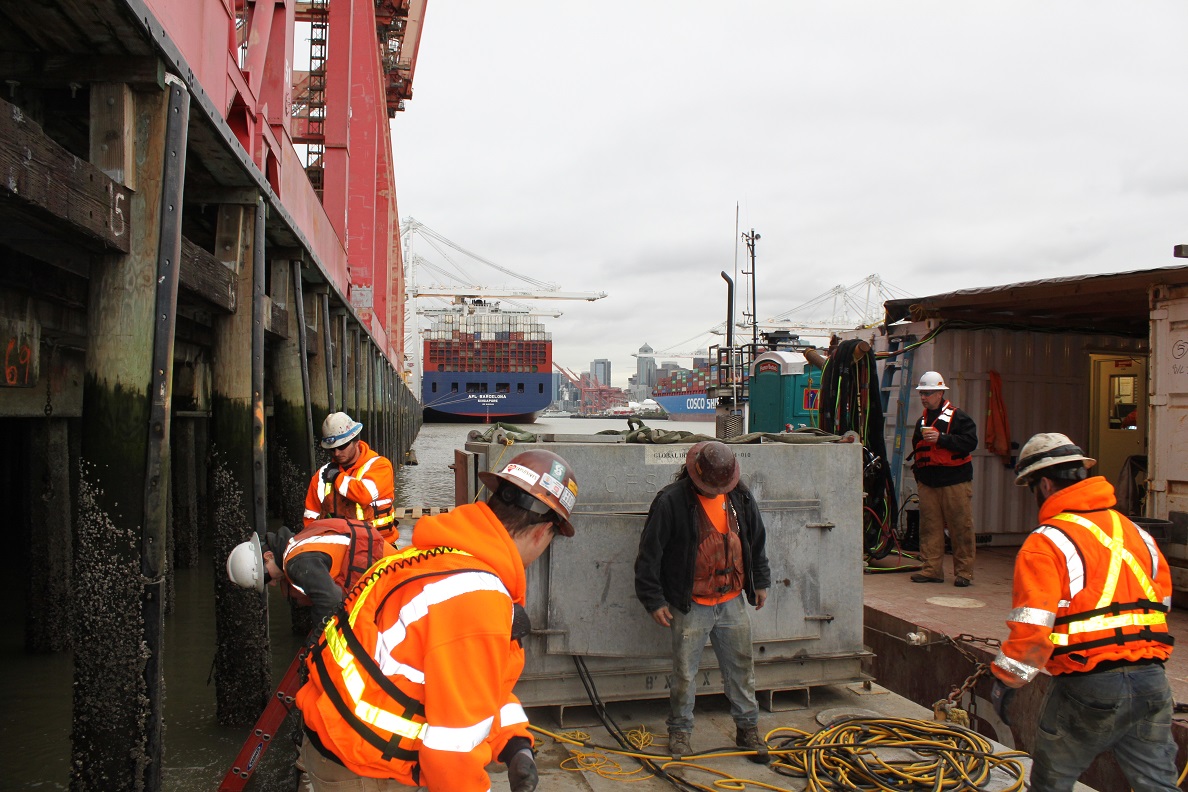 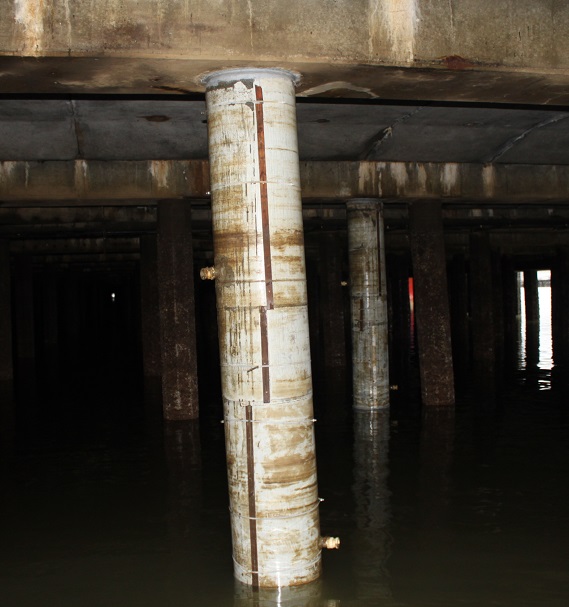 In the winter of 2016, inspections showed numerous concrete piles at the Port of Seattle’s Terminal 18 were structurally compromised and in need of repair. The Port’s engineers selected QuakeWrap’s PileMedic system as an appropriate product for the structural repairs.  Global was awarded the bid to perform the work, which included the installation of the pile wrap system and repairs to a portion of the toe wall sheet pile.

Global’s 9-person team worked from the Prudhoe Bay and a flexi-float barge array tied up dockside, using work skiffs and jelly floats to maneuver in the limited space underneath the dock and between pilings. The team installed approximately 1,000 lineal feet of the PileMedic structural repair system on 40 damaged 18” octagonal pre-stressed concrete piles. Before the carbon fiber pile jackets could be installed, divers powerwashed the pilings and excavated 2-feet below the mudline of each piling to pour a footing. Heavy riprap was built up around each pile base requiring removal by hand; the excavated rock was used for backfill after the repairs were completed. Grout was mixed and pumped from the vessel down into the jackets; the PileMedic jackets were left on the pilings as part of the system’s structural integrity and capped with epoxy. While on site, Global’s crew also performed work on the toe wall sheet pile, repairing 17 locations where the knuckles were broken or eroded, allowing material to flow from behind the sheet pile wall. They also installed three 500 lb. Norton Corrosion aluminum anodes and repaired another anode.

There were numerous challenges on the pile wrap project; crews worked at night during low tide to allow more room for the product installation and equipment. The team operated around very heavy, often unscheduled vessel traffic at the terminal. The project was completed successfully and to the client’s satisfaction.