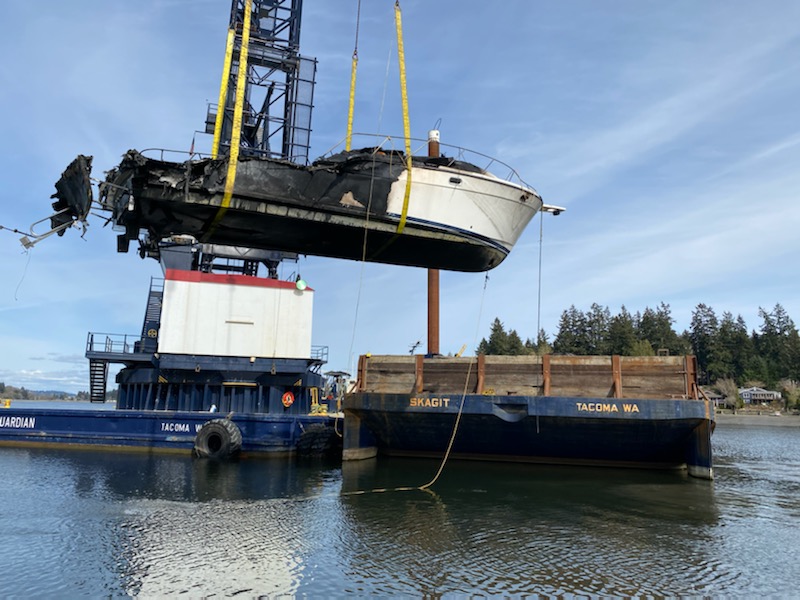 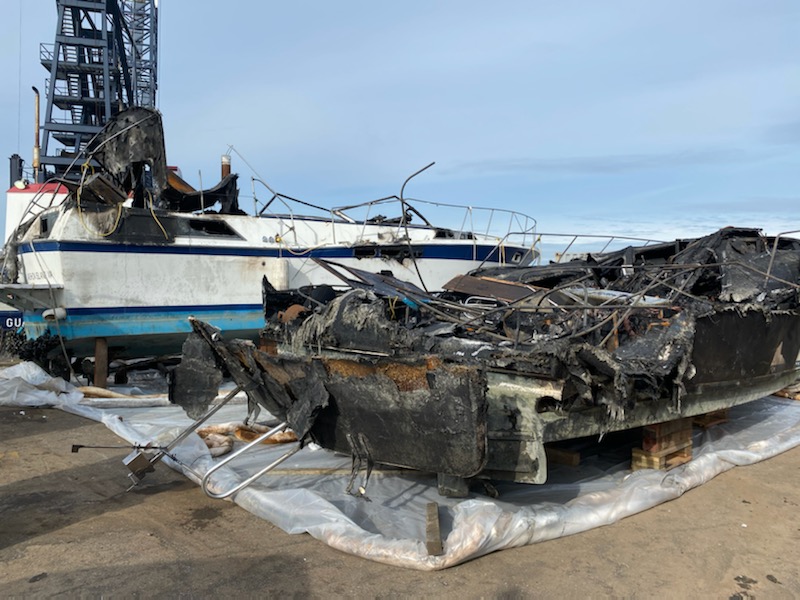 Early on the morning of March 29, 2021, two motor yachts, a 37’ Bayliner and 42’ Uniflite, were involved in a fire at the Quartermaster Yacht Club on Vashon Island near Tacoma, WA resulting in both vessels sinking. Later that day, Global was directed by the USCG to respond to the oil pollution resulting from the vessel fire. An environmental team worked to capture and recover as much spilled oil as possible while a dive team defueled the vessels to the extent possible given their condition. Debris was collected and disposed of upland.

Over the next week, Global’s dive team conducted a survey of the vessels and rigged them for removal in advance of crane support. They also took soundings to identify tidal windows of opportunity with crane support. American Construction mobilized to the site with the crane Barge GUARDIAN and a materials barge. Global crews rigged and lifted the wrecks clear of the water and positioned them on the materials barge. Both wrecks were transported and offloaded at an upland facility in Tacoma for fire investigation, and later demolition and disposal.

Communication and cooperation between parties was critical to a quick and cost-effective resolution to the project. Global was initially mobilized by the USCG and responded immediately; we then worked closely with the vessel owners and their insurance to transition the response from a federal operation to a privately contracted response. This minimized the financial impact on the government while ensuring a cost-effective response for the owners.